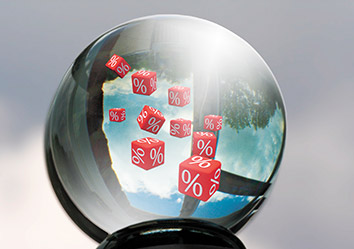 All that is known about funding for Indiana’s 14 pro bono districts is that no one yet knows exactly how much the districts will receive in October for their 2011 budgets.

What plan administrators do know as they work on their 2009 reports and 2011 budget proposals – due July 1 – is that times are tough, the need for civil legal services remains steady or is increasing, and short of a miracle they will receive less money from the state’s Interest on Lawyers’ Trust Accounts program than in recent years.

Interest rates have been low around the country, which directly affects IOLTA funds. It’s the interest on the funds in lawyers’ trust accounts that goes to pro bono programs.

In Indiana, Dunlap said the interest rates for IOLTAs range from 0.01 to 6 percent, but the bank that offers a 6 percent interest rate is an anomaly. Attorneys looking for a rate above the state average of about 0.47 percent can possibly find one in the 1 to 2 percent range, but most banks offer interest rates of 1 percent or less, he said.

The national average is about 0.35 percent and compared to other states, Indiana was not the hardest hit.

Monica Fennell, executive director of the Indiana Pro Bono Commission, said attorneys have a choice of bank when it comes to IOLTAs, and they can search for a higher interest rate.

Dunlap said he can share information with attorneys about which banks are offering higher rates. For instance, the First Federal Savings Bank of Rochester, which offers a fixed rate of 6 percent, was featured in the IBF’s 2009 annual report, along with the bank’s founder and president, Richard E. Belcher.

“He felt this was a good way to give back to the community,” Dunlap said, and the IBF wanted to recognize him for that.

Plan administrators are already feeling the pinch as IOLTA funds have decreased from revenues of more than $3 million in 2007 and 2008 to about $1.5 million in 2009.

Dunlap said while the exact number won’t be known until the end of June, he estimates there will be about $700,000 raised from IOLTA funds for 2010. That doesn’t include the $2 million reserve the IBF has from the years when interest rates were higher.

At this time, he doesn’t know how much of the reserve would be used to fund grant requests from plan administrators, so he and Fennell have been encouraging them to either cut their budgets or look for other funding sources compared to previous years.

Plan administrators said they have been doing that in anticipation of the lower IOLTA funds for this year, but some already rely on their volunteers and boards for extra funding or in-kind donations for pro bono projects.

Laurie Beltz Boyd, plan administrator for the Heartland Pro Bono Council in District 8 – Boone, Hamilton, Hancock, Hendricks, Johnson, Marion, Morgan, and Shelby counties – said her district continues to work with partners in the legal community. For instance, law firms have helped pay for lunches and have provided their own space for different events her district sponsors, such as free CLEs for attorneys in exchange for pro bono work.

Fennell suggested this as something any firm can do, whether it’s helping their local pro bono district by hosting a CLE or by sponsoring recognition events or paying for plaques or other awards that some districts give to their outstanding pro bono attorneys who’ve given 50 hours or more.

However, Boyd added she didn’t plan to apply for funding outside of IOLTA, which funds her district 100 percent, because other grants in her district are already going to other legal aid providers, such as Indiana Legal Services and Indianapolis Legal Aid Society.

She said legal aid organizations in her district also have representatives on the Heartland Pro Bono Council board of directors so they are already working together in terms of sharing ideas to help improve access to justice.

Terry McCaffrey began as plan administrator for the Volunteer Lawyer Program of Northeast Indiana Inc. in District 3 in November. In his district, which includes Adams, Allen, DeKalb, Huntington, LaGrange, Noble, Steuben, Wells, and Whitley counties, he said there hasn’t been much done in the way of fundraising in the legal community, but it is something he and the board of directors are considering this year.

The Volunteer Lawyer Program of Northeast Indiana also receives additional funding for its Volunteer Advocates for Seniors & Incapacitated Adults program, he said, but IOLTA funds go only to the administrative costs for pro bono work and the pro bono work is funded only by IOLTA.

Tammy Sparks, plan administrator/executive director of Legal Aid – District Eleven Inc., has a similar situation. Her district, which includes Bartholomew, Brown, Decatur, Jackson, and Jennings counties, also oversees programs other than the pro bono program to offer access to justice for indigent people in her community. Like District 3, even though District 11 receives other grants for specific programs, IOLTA funds only cover pro bono, and the pro bono program is 100 percent funded by IOLTA.

Her district also has not hosted a fundraising event, but she and her board of directors will discuss the idea at least for the exposure for the organization, she said.

In that district, which includes Daviess, Dubois, Gibson, Knox, Martin, Perry, Pike, Posey, Spencer, Vanderburgh, and Warrick counties, about 95 percent of funding for all programs comes from IOLTA.

However, the Evansville Bar Foundation, directly through the Evansville Bar Association, pays for the advertising costs for the monthly Talk To A Lawyer Program. The district also receives some funding from the Indiana Supreme Court specifically for a family court project in that district. Donations from the legal community make up 0.5 percent of the budget. Other partnerships, such as donated tax services from an accounting firm and low-fee counseling for parties in the family court program also offset costs.

Other districts also have free or reduced overhead costs, such as rent and administrative fees, thanks to non-profit or legal aid organizations in their districts.

As the districts prepare their annual reports in the coming weeks, there is a tinge of uncertainty for their budgets. They do, however, seem to share the idea that their legal communities will step in if needed.

“Scott and I believe that if it comes down to rock bottom there’s no money to operate at the level everyone has come to expect from District 13, we can call on the lawyers and community leaders to help us out of any crisis,” Corn said via e-mail. “Call me a ‘PollyAnna,’ and many do, but I believe the downward spiral is over and within a year, IOLTA will be breathing a sigh of relief. Indiana is so fortunate that the IBF had the wisdom and foresight to prepare for times like these and put reserves in place. However, Scott and I both believe that we need to do our part to make whatever reductions we can so that the IBF can count on us to do our part during these times, just as we have come to count on them.”•