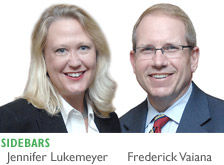 Quaint is not usually my m.o. (“Modus operandi” for those of you not in the criminal arena). Thus, I hesitated when my colleague, Jim Voyles, suggested we dine at Court House Grounds one morning after a meeting in Danville. I thought it would be another cute little coffee shop with weird-flavored coffee accompanied by weird stuff-laden muffins. It just seemed “frou frou.” I then realized Voyles is not really the “frou frou” type, so I took the chance and I was glad I did.

It is a quaint spot/restaurant/coffee shop but more in the cozy, comfy way. It is directly east of the courthouse on the square, hence its name. As we have had all winter, the morning was snowy and cold. I had a hankerin’ for what Fred calls my “big girl breakfast.” I realize we usually review lunch jaunts, but if the breakfast reflects what they can do for lunch, I recommend the Court House Grounds. Plus, dieticians apparently declare breakfast the most important meal of the day (but probably not at the quantity I like.)

A variety of coffees await your self service in real coffee mugs. You may want to speak up if you desire table service for food. However, once waited on, the food came out promptly. Voyles hungrily (and, quite frankly, a little aggressively) dug into his plate of French toast that was thick cut, not soggy, and perfectly coated before cooking. His only complaint was the seemingly generic syrup and packaged butter. A neighboring table had a big ol’ slab of real butter for their entrees which would have complemented his breakfast better. I ate two eggs over medium (perfectly cooked to order), with bacon (too thin for my liking), toast (how can you screw that up), hash browns (just OK), and an order of biscuits and gravy (confirmed the “comfy” in the entire experience). We were pleased. Other breakfast offerings included pancakes in the 12-grain, blueberry, chocolate chip, banana, or potato (with onion and green peppers) variety. Omelets with a limited amount of ingredients are also available. You can indulge in oatmeal or grits as well as bagels with a good variety of spreads including a dill spread. I think they offer an assortment of muffins, but from my prior comments, you can probably guess I did not look too closely.

I wish we could have just camped out, rubbing our bellies, reading the paper, and playing checkers until lunch. No, they don’t really have checkers or anything remotely like a Cracker Barrel, so don’t read too much into the checkers comment. The lunch menu is not too aggressive and consists mostly of sandwiches. What caught my eye was the Hawaiian ham wrap which has lettuce, tomato, Swiss cheese and pineapple cream cheese. Similarly eye-catching was the brie cheese grilled sandwich with mushrooms and deli-sliced ham. I realize salads typically aren’t comfort food, but the spinach/bacon/tomato salad, which seemed pretty traditional with hard-boiled eggs and warm tomato bacon dressing, sounded pretty comforting. Who are we kidding though? Anything with bacon is comforting. The other offerings included chicken, tuna, and egg salad on a variety of breads or in a tomato. You get a choice of side dishes such as soup, cottage cheese, fruit cup, pasta, or potato salad. No fries or deep-fried anything on the menu, and that really is OK.

Now here is a crazy suggestion – how about stopping in Court House Grounds merely for a relaxing cup of coffee? The place seems perfectly suitable for that too. Spend some time with a cup of coffee that does not come in a cardboard or Styrofoam cup? Crazy, I know. Court House Grounds is located at 65 S. Washington St., Danville, Indiana. I give it three gavels because of the imperfections mentioned herein. However, the likable, quaint, and comforting atmosphere made it a perfect experience.•

Fred Vaiana and Jennifer M. Lukemeyer practice at Voyles Zahn Paul Hogan & Merriman in Indianapolis, focusing in criminal defense. The opinions expressed in this column are the authors’.