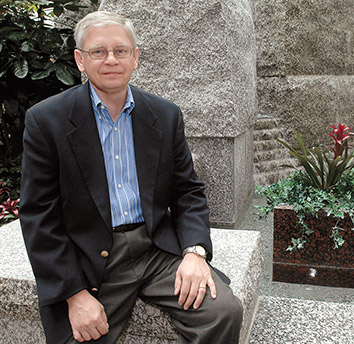 When a business professor nudged Ray Umstead to consider law school three decades ago, the Ohio native never thought he’d end up working for an Indianapolis-based health insurance company that has earned the designation of having one of the best legal departments in the country.

But that is the path the Indianapolis attorney found himself following. Now, in the role of vice president and deputy general counsel for WellPoint Inc., he’s risen through the company’s ranks and endured multiple mergers and acquisitions to be a part of the senior leadership legal team and in charge of litigation.

It’s in that role that Umstead has had a first-hand view of how the company’s legal department earned the designation from a national media company in 2010 as one of the best legal departments in the country.

“I couldn’t have even contemplated being in a position like this for a company like WellPoint that’s grown through the years to be a national player,” Umstead said. “Some might have the impression that being in-house is boring or routine or predictable… that’s completely opposite of being the case. There’s something new every day that keeps you on your toes, and I wouldn’t want to be anywhere else.”

A 1975 accounting graduate from Wright State University, Umstead credits his career path to an undergraduate business professor. The teacher took the young Ohio man under his wing and convinced him to enroll at the University of Cincinnati College of Law. Umstead took his professor’s advice, and after his 1979 graduation he began working at the local Blue Cross plant. A merger between Anthem and Blue Cross Blue Shield in Ohio, Kentucky, and Indiana resulted in Umstead moving to Indianapolis as general counsel for Anthem Blue Cross Blue Shield.

In 2004, Anthem completed a $20 billion merger with WellPoint Health Networks that formed the biggest health insurance company in the U.S. with more than 28 million members. That transition and others have meant Umstead has watched the company inherit various legal departments through the years.

Today, WellPoint has 192 people in the company’s legal department, which includes 96 in-house attorneys throughout the country. Twenty-seven are litigators who rotate between the 29 locations nationwide, Umstead said. Umstead handles the litigation aspects from the Indianapolis headquarters where 10 attorneys are based, and he said their duties range from provider contracts to regulatory and intellectual property issues.

“My role is oversight to make sure positions we’re taking in lawsuits are consistent,” Umstead said. “There’s a quality control aspect, to make sure we’re making good arguments and getting good quality in how we handle our litigation.”

In most cases, the in-house attorneys are located in the particular states where litigation is happening, he said. That has been a strategic decision by WellPoint to keep attorneys local.

“Health care is a local phenomenon, and our thinking was to have the lawyers on the ground in those places because there’s an advantage to having the lawyers where the business people are at,” he said.

Through the years, case numbers have increased and litigation has become more complex. In the past decade, Umstead said the number of class action suits has risen for WellPoint as well as others within the industry. The legal team handles its share of claims litigation, as one might expect, and the lawyers handle a diverse roster of issues including member claims that have been denied, hospitals and provider lawsuits, employment litigation, and vendor disputes.

Umstead said he’s faced new challenges in recent years with the national health care reform debate and increased scrutiny on rate hikes by insurance companies. WellPoint took the brunt of that heat and had to appear at congressional hearings.

WellPoint received about 20 different inquiries from various congressional committees on a wide variety of health care reform issues, and Umstead said he not only had to sort through all of those and compile information, he also had to help prepare management to testify.

“That was a very unique experience, to say the least,” he said with a laugh. “We put in a lot of long hours, and wanted to make sure we responded to make sure our executives could testify accurately and help Congress understand. To be a part of that complex process was pretty challenging but thrilling, and it really demonstrated how closely our executives can and did work with the legal department.”

WellPoint received national recognition for their work from Corporate Counsel, a publication of the New York-based media company ALM that also owns publications including American Lawyer and the National Law Journal.

WellPoint and UPS were finalists, and Google’s legal department was named the best in the country by Corporate Counsel.

In choosing the Indianapolis-based company as a finalist, ALM wrote, “WellPoint’s lawyers had a tumultuous year, having to deal with political reaction to its Anthem Blue Cross subsidiary’s proposed California rate hikes, filed just as health care reform passions began to flare. Even after the Affordable Care Act was signed, the nation’s largest health benefits company continued to take heat from the President on down, while it struggled to interpret and comply with the new law.”

WellPoint’s corporate communications director, Jill Becher, said the honor has been a morale booster for the company and lawyers.

“We did have some public pressure and scrutiny, and so it’s great to see the lawyers being recognized,” she said.

Reflecting on that award and other community outreach and diversity efforts that WellPoint has been involved with, Umstead said he’s proud to be working at the company. He enjoys having the ability to set strategy and business direction.

“There’s an opportunity to play a much more intimate role with business clients every day, and that’s not something available to outside counsel who are brought in periodically for a lawsuit or single issue,” he said. “I’d advise anyone to think about an in-house spot, because you just don’t get that kind of opportunity every day.”•