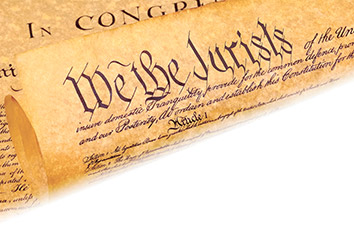 In today’s economy, having a job and getting a paycheck are two things that make most people thankful.

For those who hold judicial posts and are responsible for interpreting law and ensuring people’s constitutional rights are protected, salary issues can become a more complicated interaction between the different branches of government. Questions arise as to whether legislative or executive branch tinkering with judicial salaries interferes with the courts’ constitutional duties and infringes on judicial independence.

Those on the bench say inadequate pay increases can negatively strike the heart of the legal system – trampling morale among existing jurists and making the quality of justice suffer, as well as pushing potential jurists away from the bench for higher-paying positions in private practice.

“The judiciary should have independence and not be affected by the latest political trend as it was under the previous law,” said Vanderburgh Superior Judge Brett Niemeier. “There must be some check and balance… our system in the state ensures that.”

Judges statewide echo those sentiments about Indiana’s system, though in the federal system the question gets a little murky as Congress has failed through the years to provide a raise for those at any level of the judiciary.

District Court judges currently make $174,000 a year, while Circuit Court judges earn $184,500, and full-time magistrates receive $160,080. That wage hasn’t been adjusted except for cost-of-living increases since 1989, when action was taken to bump up salaries between 35 and 40 percent.

Judicial pay since 1969 has only risen by 39 percent, while most federal workers have received a 91 percent increase during that period and inflation has risen 36 percent, according to figures from the Administrative Office of the U.S. Courts.

As a leader with the Federal Judges Association during the past decade, Judge Sarah Evans Barker has been a vocal advocate for judicial pay raises. She cites figures that show about 100 federal judges left the bench since 1990, many noting that financial considerations were a significant factor in that decision. Some have hung up their robes to take corporate counsel positions where they can earn more than $700,000 annually in salary, bonuses, stock, and overall compensation, Judge Barker said.

Whether the judiciary gets paid enough, and whether Congress has the authority to withhold increases as it’s done for years, are now questions being explored in the federal courts. The Supreme Court of the United States in late June sent Peter H. Beer, et al. v. U.S., No. 09-1395, back to the Federal Circuit Court of Appeals for a second look, providing a long-awaited decision on what

the nation’s highest justices would do with the case that has appeared 10 times on the justices’ private conference dockets.

Eight current and former federal judges from U.S. courts nationwide claimed that Congress in 1989 promised pay hikes but failed to deliver them several times during the past two decades, and that failure equates to an unconstitutional diminishment of judicial pay. The American Bar Association urged the SCOTUS to take the case because it views the continued diminution of judicial salaries as a danger to the judiciary’s independence and quality of work.

In January 2010, the Federal Circuit affirmed a 2009 ruling by the U.S. Court of Federal Claims, which dismissed the case after holding the judges’ lawsuit was controlled by a 2001 case that rejected the same argument.

In its order granting the Beer petition and vacating the Federal Circuit judgment, the SCOTUS said, “The Court considers it important that there be a decision on the question, rather than that an answer be deemed unnecessary in light of prior precedent on the merits. Further proceedings after decision of the preclusion question are for the Court of Appeals to determine in the first instance.”

While the case doesn’t involve any past or present Indiana judges, those within the Hoosier legal community and federal judiciary are watching the appeal with interest. Judge Barker sees hope that it remains alive. She does wonder, though, if the judge-plaintiffs ultimately prevail at the Federal Circuit and then possibly at the SCOTUS level on the merits, whether the holding would apply to all judges nationwide or only those specific plaintiffs in this case.

That’s an open question at this point, she said.

“The case is teed up for a second look, and that means we’re still in the game,” she said. “There’s still hope.”

While the federal judicial officers await action on their salaries, the state courts have seen some progress. In mid-June, Indiana Chief Justice Randall T. Shepard approved the first pay hike in two years for state judges and prosecutors, whose salaries are tied to government employees. The 1.3 percent pay increase for judges and prosecutors came after Gov. Mitch Daniels made a decision late last year to approve that raise for government employees, and under the new budget the chief justice’s approval was required before the judiciary would receive that same pay raise.

“After two years of frozen salaries, it is altogether right that the pay raise afforded to the state’s executive branch employees in January should be given to judges and prosecutors and their families,” the chief justice said about the increase.

Although it took effect following the General Assembly’s latest session, the judicial pay raise was in danger earlier this year as lawmakers examined changing the judicial pay structure put into place in 2005. The House Ways and Means Committee-approved budget had prohibited prosecutors, judges, and state-funded magistrates from receiving any pay adjustments for two years regardless of whether state employees received an increase – a move that would have specifically reversed the 2005 statutory change that had been years in the making.

But after Justice Steven David testified about that issue, the Senate ultimately pushed a revised bill that ended up being passed into law.

“We seek no special treatment for the men and women who serve as judicial officers and prosecutors across this great state and who administer the people’s business in the local courthouses,” Justice David told lawmakers in March. “We only ask that they be treated in the upcoming biennium in the same way that the Legislature and governor intended and agreed that they would be treated in the 2005 legislation.”

Marion Superior Judge Robyn Moberly said judges and prosecutors used to wait many years for a pay adjustment, and the size of those increases was significant because they were so few and far between. That’s not the best way to attract qualified candidates to the bench, and that caused undue hardship on the families of many serving in the justice system, she said. She thinks the current judicial pay system that ties increases to other state-funded employees works the best.

In Vanderburgh County, Judge Niemeier said having the executive branch involved rather than the Legislature is a good system, and that’s been proven during the past two years when judges didn’t receive raises at a time when the state simply couldn’t afford them.

“Judges are public servants, along with other governmental employees, and we must accept that at times we will do more for less,” he said. “The slight raise we received this year should be greatly appreciated, knowing that times are still very tough.”•