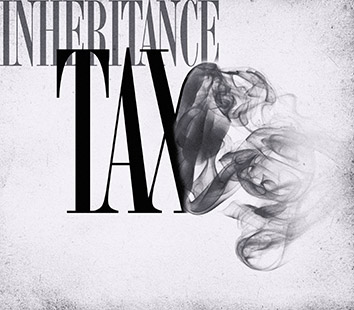 The Indiana Legislature passed a law during the 2012 session that will gradually phase out the state’s inheritance tax by allowing a credit against the amount of taxes owed.

R.J. McConnell, a partner at Bose McKinney & Evans who is also a member of the estate and wealth management group, explained that the expanded Class A category won’t necessarily change how people plan their estates overall, but it may be important for some families.

Benefits for those left behind

Beginning this year, the exemption for Class A beneficiaries was raised to $250,000, meaning that each child of a transferee can inherit $250,000 tax-free.

So far, clients aren’t banging at the door to revise their estate plans based on the changes in Indiana law.

“It’s way too early. I don’t think the general population understands what the phase-out is … the phase-out is over a nine-year period of time,” she said. “I haven’t had anybody coming in and saying, ‘Let’s rethink this.’”

She said that the most present concern for her clients is the federal estate tax.

“I would say for the majority of clients I work with, the federal tax is the really burdensome one because of the rates,” she said.

Currently, federal law taxes estates at 35 percent, with the first $5 million exempt from taxation. But that is likely to change soon.

“All that goes out the window on January 1 if Congress doesn’t do something,” McConnell said. Without intervention, the exempt amount will be $1 million, and the tax rate will revert to 55 percent, as it was in 2001.

“It’s a train wreck – particularly for families with illiquid assets like farmland or businesses,” McConnell said. “The $5 million exempts from tax 98.5 percent of all Americans. But there are a lot of families whose estate, whose business, whose farm ground is exempt from tax today, but would be subject to tax in January if the exemption goes down to $1 million. It would just be a huge unfairness.”

The fact that 2012 is an election year causes further questions about whether the federal estate tax law may change. Some wealthy parents are therefore choosing to make lifetime gifts to their beneficiaries this year rather than run the risk that their estates will be subject to a much higher tax rate in the future. This year, the gift tax exemption is $5 million.

McConnell said the concept of portability will also disappear in 2013 without legislative intervention.

“Portability says that if you don’t use the entire exemption in the estate of the first to die, it’s portable and can be used in the second estate – meaning, that if dad did nothing, mom would have $10 million of exemption portability.”

That means that the mother would then be able to pass on to her children that entire $10 million tax-free.

Before the change in Indiana’s inheritance tax law, families leaving property to heirs had to weigh the pros and cons of paying inheritance tax early, at a lower rate, or risking a greater tax penalty for heirs, should the property continue to go up in value. Now, knowing that the inheritance tax is fading away, that’s no longer a concern.

“It’s basically kicking the can down the road until presumably the tax is gone,” McConnell said.•