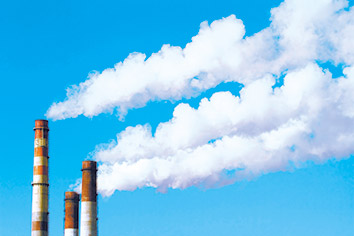 Editor’s note: After this issue went to press, House Bill 1143 was killed in committee.

A bill winding through the Statehouse would alter Indiana environmental regulatory process by shifting most of the authority to enact new rules from the executive branch to the Legislature.

Rep. David Wolkins, R-Warsaw, has introduced his “no-more-stringent” bill for a decade or more in the Indiana General Assembly. The measure would prohibit the state from enacting an environmental rule or regulation that is stricter than the comparable rule from the federal government.

The handful of times the bill has cleared the House of Representatives, it stalled in the Senate’s Environmental Affairs committee chaired by then-Sen. Beverly Gard. This time around, business groups are supporting the measure and Gov. Mike Pence’s administration has been quiet so far, which is fueling speculation that the bill could become law.

“I’m an anti-regulation guy,” Wolkins said. “I’m pretty far right. I want government doing only what they have to do.”

Opponents contend if House Bill 1143 ends up as law it will prevent the state from proactively enacting policies that could protect against the deterioration of the state’s air, water and land or against a large environmental disaster like the water contamination experienced recently in West Virginia and the coal-ash spill in North Carolina.

Wolkins pointed out that his bill does not outright ban all new regulations. Should the potential for a real disaster arise, he said, the Legislature could pass a law to prevent it and probably establish the law faster than the rulemaking process.

He maintained the General Assembly should make the rules rather than an “unelected bureaucrat.”

“I don’t want Indiana regulators to get carried away,” Wolkins said.

However, others disagree that the Legislature could respond. A primary concern is the General Assembly does not have scientific and technical experts like those that work in the regulatory agencies.

Also, opponents of the bill pointed out the irony that at a time when many states are pushing back against federal mandates, HB 1143 limits Indiana’s discretion to set policy.

Gard, now chair of the Indiana Environmental Rules Board, described the bill as bad public policy.

“For a state that puts such high value on states’ rights and self-determination, this proposal would take Indiana in the opposite direction,” she said.

Rep. Matt Pierce, D-Bloomington, said the Legislature already has the final word on any environmental rule and can pass a law that voids or rewrites a regulation devised by the administration. The advantage of formulating the rule outside the House and Senate is that the agencies tend not to get as mired in politics as the legislative bodies can.

“It makes no sense to limit the state’s discretion to enact environmental rules in a way that’s best for Indiana,” Pierce said.

To illustrate his point, Pierce pointed to the time when the General Assembly tried to pass a net metering bill. The measure allowed those generating electricity through wind turbines and solar panels to sell any excess energy back to the power company. This was seen as a way to encourage the use of renewable energy resources.

Disagreements developed over how much electricity could be returned to the grid. Republicans, like the utilities, wanted less kilowatt hours while the Democrats wanted a higher rate.

In conference committee, Pierce recalled no one making factual arguments about how much the grid could handle or any type of analysis. Rather the conversation resembled a pseudo-bidding process where legislators asked their colleagues if 20 kilowatt hours were too much, then how did they feel about 10 kilowatt hours.

Finally, the Indiana Utility Regulatory Commission took up the matter and wrote a net metering rule much to the relief of the Legislature.

Other states have “no-more-stringent” laws like the one being considered in Indiana. And companies, especially those that operate in multiple locations, prefer having to comply with a single set of regulations rather than navigating a patchwork of rules that change when state lines are crossed, according to environmental lawyers.

Compliance is a top priority for most businesses since violations can bring heavy sanctions including criminal penalties, said Curt DeVoe, partner at Plews Shadley Racher & Braun LLP in Indianapolis.

Environmental rules from the federal government can and have been changed, usually when a new president enters office. HB 1143, DeVoe said, will take away that second level of potential change that can happen at the state level.

Internal compliance systems, which companies have in place to meet environmental regulations, form what attorney James Spaanstra called the “backbone” of the laws that protect natural resources. Since regulatory agencies are hard pressed to inspect any more than a small percentage of the facilities, giving companies a uniform standard better enables them to comply with and manage environmental protection independently.

The concern businesses have about states making their own environmental regulations, said Spaanstra, a partner in Faegre Baker Daniels LLP’s Colorado office, is the danger that the process will become politicized by local disputes. The “not-in-my-backyard” attitude could prevail over science.

Jesse Kharbanda, executive director of the Hoosier Environmental Council, countered that “culturally and institutionally” Indiana is not a state where the executive branch runs amuck, implementing policy that would be costly for business.

The executive branch, Kharbanda said, has an “extraordinary number of checks” to ensure that policies are developed with prudence. Any proposed environmental policy would be reviewed by several entities such as the Indiana Office of Management & Budget, the Indiana attorney general and the governor.

Also, the rulemaking process provides for evaluating the proposal from a technological and economic perspective, and the costs have to be publicly disclosed, giving policymakers an incentive to choose the most cost-effective policy.

As for legislatures crafting environmental laws, Kharbanda and Spaanstra shared the same concern. Like Pierce, they noted legislators do not have the level of expertise that exists in state agencies. Moreover, the legislative process for formulating new environmental policy is not as methodical and deliberative.

“We shouldn’t put ideology above the health of Hoosiers and above the prospect of revitalizing communities that are stifled by severe pollution problems,” Kharbanda said.

Wolkins worries that the state will establish rules without regard to how much companies would have to pay to comply. He sees a need for environmental regulations, but he wants the policies to be cost effective.

The Hoosier Environmental Council believes that HB 1143 would prevent the state from addressing serious environmental problems by removing the tools needed to avoid a man-made catastrophe.

With no action from the U.S. Environmental Protection Agency, the Indiana Department of Environmental Management established in 2011 a new policy regarding outdoor wood boilers which can dispense smoke ladened with particulate matter. Now the state has emission limits and restrictions on use.

If HB 1143 had been in place, Kharbanda said, Indiana would have had its hands tied to do anything to strengthen the regulations.

The bill does contain language, Wolkins said, allowing the state to devise rules on environmental matters when the federal government has no such policies.

Opponents pointed out that missives from the federal government are not always clear and can give states options or even require them to formulate their own rules. The National Ambient Air Quality Standards program is one example where states can adopt whatever rules work best for them.

This is also the case in the Great Lakes Restoration Initiative, Gard said. Washington gave guidance on meeting the goals but required the states to develop programs that were consistent with the federal directive. Here, Indiana had no set regulations to simply incorporate into state policy.

“If federal regulations or standards provide options for states in programs, how does Indiana determine which to use?” Gard questioned. “Must we adopt the least stringent even if it does not work as well for Indiana? Under this bill the answer is ‘probably.’”•