Home » Rise of the zombie house 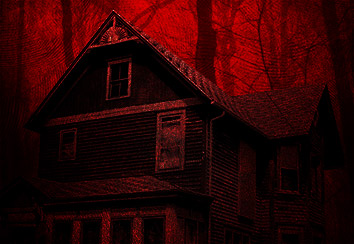 When a bank files a motion to set aside a foreclosure judgment, often the courts consider the filing good news, assuming the lender and the homeowner have reached a settlement.

But things aren’t always what they seem, and courts can be at risk of being duped.

While a lending institution may give the impression to the judge that a settlement agreement has been reached, homeowners are often unaware that the scheduled sheriff’s sale did not happen or that a motion to vacate has been filed. The result can be abandoned properties falling into disrepair; cities unsure of who actually owns the eyesores; and homeowners, unknowingly, accruing past-due bills for taxes, interest and mortgages that they unlikely will be able to pay.

Notre Dame Law School Clinical Professor Judith Fox examined this phenomenon, what she called the “foreclosure echo,” in a 2013 article published in the Loyola Consumer Law Review. She looked at the impact that a bank’s often inexplicable decision to “un-foreclose” has on the judicial system as well as homeowners and communities.

“One thing I hope happens from my paper is that judges would just ask questions and just pay more attention,” Fox said.

The physical remains of these foreclosure reversals have been given nicknames that identify their scary implications – zombie home and zombie title.

Zombie homes arise when homeowners move out and abandon the dwellings, thinking the foreclosure process is completed or near completion. Zombie titles come to life after the foreclosure is finished but the lender returns with a motion to set aside the judgment.

Allen Superior Judge Nancy Eshcoff Boyer has seen the zombie homes in Fort Wayne neighborhoods and the attempts to create zombie titles in her courtroom.

“It’s getting to be a bigger problem,” Boyer said of zombie titles.

Motions to set aside a foreclosure judgment are coming anywhere from three months to, in one instance, seven years after the decrees were issued. The reasons given for the motion can be cryptic, so after she and her clerks became suspicious, Boyer started to routinely schedule hearings to find out why the lenders want to vacate the judgment.

Asking questions, Boyer said, is helping to prevent these homes from becoming problems for the community. Often in a foreclosure, the borrower will leave the house and with no one maintaining the property, the grass becomes overgrown, and vandals deface and strip the home.

The house then becomes a blight on the neighborhood. Eventually, the property will deteriorate to the point where the municipality has to demolish the home, which costs the taxpayers.

“That is really the reason I’m looking at these (motions) because I don’t want (the houses) thrown back on our community,” Boyer said.

Indiana is a leader nationwide in the percentage of foreclosed homes being vacated by owners.

The Hoosier state ranked ninth in January 2014 in the number of properties in foreclosure at 14,503, according to statistics from RealtyTrac, a California-based company that reviews housing data from across the country. However, with 31 percent of those homes vacated by the owner, Indiana has the seventh-highest number of zombie homes.

From September 2013 to January 2014, Indiana’s percentage of owner-vacated homes had declined by 12 percent.

In many instances what homeowners might not realize is that even though the bank foreclosed and they moved out, they still own the property.

Fox encountered this situation when a woman walked into Notre Dame’s Economic Justice Project, the consumer clinic that Fox supervises, with a notice from the city of South Bend that her home was in violation of building codes. The client explained she had appeared in St. Joseph Superior Court two years earlier and agreed to the foreclosure. When she received the notice of the upcoming sheriff’s sale set for June 2007, she moved.

Assuming the city had made a mistake, Fox made a phone call to resolve the matter but discovered there was no mistake. The lender had the court set aside the judgment and the homeowner was never notified. The woman who thought the foreclosure was finished learned she was, in fact, still responsible for the property.

Like her colleague in Allen County, St. Joseph Superior Judge Jenny Pitts Manier has been dealing with a “steady stream” of motions to set aside foreclosure judgments. Her approach has changed from assuming the motion means the foreclosure has been remedied by either a settlement or a short sale to getting a legal basis for the filing.

“My concern is people are evicted from their homes and then we’re saying, ‘Oh, forget it,’” Manier said.

If the motion does not provide a reason why the lender is filing or if the reason is vague, Manier finds time on her calendar to bring the attorneys to the courtroom.

“In this environment, it’s not a bad idea to set a hearing,” she said.

Adhering to the rules

The Office of the Indiana Attorney General has occasionally received complaints about zombie titles but currently there is little legal recourse available if the lender starts but does not complete the foreclosure proceeding and leaves the house in limbo.

Bryan Corbin, spokesman for the attorney general’s office, acknowledged the negative ramifications for neighborhoods and homeowners. He also pointed out that under current law, lenders are not legally obligated to inform the mortgage holders the foreclosure judgment has been dismissed or the process stopped.

In her research, Fox has found that lenders rarely supply reasons, let aloneaccurate ones, for wanting to set aside a foreclosure judgment. Most commonly, the language implied a settlement had been reached with the homeowner.

Both Boyer and Manier said they will vacate judgments when the lender and homeowner have crafted an alternative to foreclosure or when the reason satisfies Trial Rule 60(B), which spells out the valid reasons – such as mistake, fraud or to correct error – for setting aside a decree.

Unless Boyer and Manier receive the proper legal grounds, they will not set aside the judgment.

When Boyer began scheduling hearings, she met resistance. Lenders called her, asking why she was doing such a thing. The pushback reminded the Allen County judge of the opposition she got from lenders during the height of the foreclosure crisis who complained the state-required settlement conferences were ruining their business models.

Hearings may prevent lenders from tossing abandoned houses onto the shoulders of the community but, Boyer said, they do have a consequence for the courts. Namely, scrutinizing the motions and holding hearings use judicial time and resources, which are limited.

Still, she has noted since she started setting hearing dates, she is getting more answers to her questions about the motions to set aside. And that, she believes, translates into the courts helping to stop the zombies.•