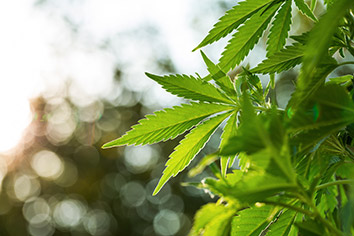 Industrial hemp was legalized in Indiana when Gov. Mike Pence signed a bill into law this year, but you still can’t grow the crop in the Hoosier State.

Legal in Canada, Europe, China and elsewhere, hemp’s resurgence is evidenced by commercial products from food to fuel to clothes to auto parts. But because hemp is the same genus as marijuana – cannabis sativa – federal regulators criminalized its cultivation decades ago. Now, federal agencies are loath to permit new crops, even though 13 states have approved some form of hemp legalization.

“It’s not like hemp is not grown around the world, and it’s certainly well known we could grow hemp in Indiana,” said state Sen. Richard D. Young, D-Milltown, sponsor of the industrial hemp bill that sailed through the General Assembly with wide bipartisan support. “There was really no reason it should have ever been illegal to begin with. I think it’s kind of a miraculous commodity, and it’s foolish we don’t use it.”

Legalization of industrial hemp in Indiana is enshrined in I.C. 15-15-13. Hemp is defined as cannabis whose concentration of the psychoactive ingredient tetrahydrocannabinol (THC) is less than 0.3 percent of the plant’s weight. The statute sets out a system in which growers and handlers would have to submit to background checks and be licensed by the state. Hemp fields would be subject to compliance inspection by state police.

But no commercial licenses are expected to be available anytime soon, according to people involved in setting up the regulatory framework.

The law vests in the Indiana seed commissioner authority for regulating hemp. Two days after Pence signed the bill into law in March, State Chemist and Seed Commissioner Robert Waltz sent a letter to the Drug Enforcement Administration seeking to clear the way for research on the plant that he hopes will be carried out by Purdue University.

“The (2013) Farm Bill very clearly limits the growth of this crop to research purposes with state departments of agriculture or universities conducting research,” Waltz said. “The federal government still sees this very much as a crop that they want to see and need to see highly regulated.

“The DEA clearly regards any growth of this crop outside of what’s allowed in the Farm Bill as an illegal activity,” he said.

Hearing nothing from the DEA five months after requesting clearance to proceed with research crops next spring, Waltz submitted a second letter Aug. 19. That was one day after proponents and stakeholders in the fledgling hemp industry gathered and talked about prospects for the industry in Indiana.

“We definitely want seed in the ground in the spring, but it will have to be limited per the Farm Bill,” said Jamie Campbell, founder and president of the Indiana Hemp Industries Association. “It just may not be as aggressive as some people would like.”

Campbell said that while regulatory approval is slow, she’s optimistic that one of several bills in Congress will pass, lifting restrictions on cultivating hemp. There are manufacturers in Indiana who are using the plant’s fiber or seeds, “but we’re pulling it from every other country.”

When she testified before a legislative committee considering the hemp bill, Campbell brought bags full of a variety of items made from the plant that were purchased in local department stores and shops. She said that helped alleviate one of the biggest problems advocates face in winning over skeptics.

“So many people do not know the difference between marijuana and industrial hemp,” she said. “Part two is, everyone is concerned about knowing the difference.”

Campbell said that hemp is distinguishable from marijuana largely based on size. Hemp may grow to heights of 12 to 16 feet, whereas cannabis grown for marijuana typically is much smaller.

Hemp continues to grow wild around the state, she said, eluding eradication efforts. The plants are a remnant of a time when the U.S. government paid farmers to cultivate the crop to make rope and other products used by the armed forces during World War II.

Waltz said authorities today worry, though, that a hemp field could provide cover for planting marijuana. “The concern is … it would be seen as the same plant,” he said.

“Those are probably the kinds of issues that are going to restrict the plant until we come to some resolution with how we’re going to manage some of those scenarios,” Waltz said.

Indiana’s hemp statute states that enabling the crop will in no way violate federal law – something that happened when Colorado legalized marijuana for recreational purposes.

“Even during testimony, we had some people coming in testifying for it because they perceived this would be a precursor to legalizing marijuana,” Young said. “We tried to shut them down. … I have no support for marijuana legalization whatsoever.”

A farmer, Young also has no interest in growing hemp himself, but he said farmers shouldn’t be denied the option of growing a potentially lucrative crop. He said some farmers in Canada, for example, earn about $1,100 per acre they grow of hemp versus about $900 for corn, soybeans or other grain commodities. But no one expects hemp production will ever come close to matching Indiana’s corn or soybean harvests.

“The actual big value of industrial hemp is not going to be in agriculture, it’s going to be in manufacturing,” Young said. It’s a value-added crop that can be made into an estimated 50,000 products, he explained, and states that have a regulatory system and some experience with the crop will be positioned to take advantage.

Young said it’s important that Indiana be out front in the industry because manufacturers are likely to locate close to the product, because the cost of transport is one of the greatest expenses for makers of hemp products.

Kentucky, which legalized hemp in 2013, this year harvested its first pilot project research crops, but the state had to go to court as it prepared to expand cultivation. The state sued the DEA after Kentucky officials said the agency delayed authorizing planting and then seized hemp seeds that were bound for the Bluegrass State.

This month, Kentucky dropped its suit after the state and DEA agreed on a process for importing seed and that Kentucky’s Department of Agriculture would oversee the cultivation and sale of the crop.

Young doesn’t expect the federal government would take steps to stop cultivation of hemp even in states such as Colorado that have openly defied prohibition. Key leaders in both parties in Congress appear to favor decriminalizing cultivation, he said.

“I think the time will come when you won’t have to have a license and anyone can contract with a manufacturer if you want to grow it. The way (marijuana and hemp) have been bundled together, I think it’s almost criminal,” Young added, noting the irony that some of the nation’s founding documents were drafted on hemp paper.

“We’ve been denied a whole world of products that we could be making out of this that are superior to materials we are using right now, and they are in every case better for the environment,” he said.•