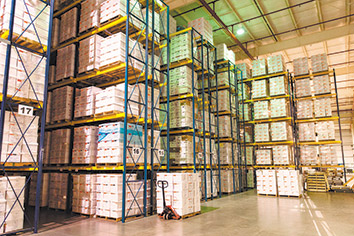 Although the Indiana Supreme Court recently confirmed that death certificates listing the cause of death are public records, the state is continuing to grapple with questions over privacy and online access to the documents.

The questions come as part of Indiana’s new agreement with the genealogy website Ancestry.com. Under the terms of the deal, Ancestry will digitize and post online by 2016 more than 13 million birth and death certificates along with marriage applications.

The state estimates if it had made electronic copies of all those documents held by the Indiana Commission on Public Records, the cost would have been $3.2 million and required more than 10 years to complete.

Records through 2005 will be part of the project but not all will be available on the Internet. The public will have online access to Indiana’s marriage applications dating to 1958 (prior to that, the state did not collect this information) and will be able to view birth certificates that are 75 years or older.

Initially, the Commission on Public Records was uncertain if the death certificates could be made public since they were formerly the property of the Indiana State Health Department. The recent ruling by the Indiana Supreme Court in Evansville Courier & Press and Rita Ward v. Vanderburgh County Health Department, 82S04-1401-PL-49, highlighted the state’s hybrid system where death certificates kept by the state contain less information than the certificates at the county health departments.

Writing for the court, Justice Mark Massa speculated the Indiana General Assembly might have made this distinction to remove some of the burden from the state health department by giving the record production duties to the counties.

The commission, Corridan said, wants to make the certificates as public as possible but is continuing its legal analysis. At this time, the commission believes since the state health department had turned the death certificates over to the state archives, the documents might be able to be treated as public record, the same as if they came from the county health departments.

“Unfortunately, it’s not resolved as we continue to look into this,” Corridan said. “We’re trying to balance the privacy concerns with the public’s right to know.”

The commission believes it has the authority to make the death certificates public but for extra assurance, Corridan said his agency may ask the Indiana General Assembly to become involved. Because, as Corridan noted, once the records are made public, it will be very difficult to go back and try to conceal them.

Specifically, the commission wants the Legislature to give it the ability to determine whether a record will be publicly available when that record is like a death certificate – open at the county level but closed at the state level.

“It makes little sense for us to say, ‘Well, if you drive to Vanderburgh County you can see the death certificate but if you’re coming to the state archives you can’t get it,’” Corridan said.

However, Stephen Key, counsel for the Hoosier State Press Association, is not so certain that Indiana Code currently gives the commission the power it needs. He pointed to three statutes that he sees as preventing the archives from posting the death certificates online.

Indiana Code 16-37-1-10 controls the disclosure of vital statistics. The statute restricts the release of the records to individuals with a direct interest, such as family members, and to researchers but only in aggregate form with no identifying information. Also, the law provides for the data to become public in extraordinary circumstances.

If the plan is to make the vital statistic records available online, then I.C. 5-14-3-3.5 comes into play, Key continued. Part of the Access to Public Records Act, this section prohibits the disclosure of confidential public records through enhanced access.

The commission is taking a closer reading of the vital statistics law and arguing that while the language does restrict access, it does not specifically say the information is confidential.

The commission believes it is not bound by the administrative rule which prevents the state from releasing the certificates that are 75 years old or younger. Again, the commission thinks it may be able to make the documents available because, in this instance, the confidentiality is mandated by a rule and not a law.

As to the Supreme Court speculation that the limited access to death certificates at the state level was to ease the administrative burden, the commission argues this is another reason the restriction on the state health department is not applicable. Unlike the Indiana Department of Health, the state archives will not have to physically retrieve the records when the death certificates are available online.

The commission also took a look at the communicable disease statute, I.C. 16-41-8-1, which prohibits the disclosure of certain contagious diseases like venereal diseases and tuberculosis. Again, the commission believes this law is likely not an issue because it applies to living individuals who have committed a crime.

Key doubts that without the Legislature changing state law the commission will be able to release any death certificate from the state health department that is less than 75 years old.

“I am all for what they are trying to do,” Key said. “I do see a potential problem unless they try to get a change through the Legislature.”

If ultimately the commission decides the death records cannot be released, Ancestry will be able to adjust and redact the non-public information, Corridan said.

Ancestry is converting the film images into digital pictures. Also, the genealogy company is creating an index by pulling names, county and dates from the handwritten documents, so individuals tracing their family trees will be able to quickly determine if their relatives settled in Indiana.

Once the records are digitized, Ancestry will retain access for three years. Genealogists wanting to see a birth or death certificate or marriage application will have to buy a membership to Ancestry or travel to the state archives to retrieve a copy. After three years, the state archives will post the electronic-formatted records on its website and make them available for free.

Indiana Public Access Counselor Luke Britt said people want access to government information online instead of having to drive to city hall. Indeed, there is almost the expectation that state and federal documents will be available on the Internet.

“As long as it discloses only non-confidential information, I don’t have a problem with them doing that,” Britt said.•