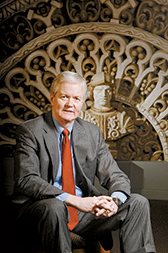 Three big names in the Indiana legal community announced in 2014 that they would be retiring, although one judge’s decision got out before he was ready to make it public. 7th Circuit Court of Appeals Judge John D. Tinder will retire in 2015 when he turns 65. That news became public in early March after a clerk applicant shared a letter from Tinder with the legal blog Above the Law, which posted the letter.

In a style colleagues said is typical, Tinder took the episode in good humor. He already had informed federal court administration of his plans, which he said also were known to colleagues on the 7th Circuit.

“It’s not like it was a secret,” Tinder said. “Anybody could look at the calendar and figure out” that he would turn 65 in February 2015. At that point he will be eligible to assume senior judge status, but Tinder said he doesn’t intend to hear cases after more than 25 years on the federal bench.

He joked with Indiana Lawyer that when he retires, he hopes to get a call from the makers of the “Better Call Saul” TV series, which will be a prequel to “Breaking Bad.” 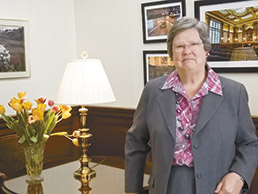 “It would be fun to be a judge in a courtroom where Saul Goodman appears,” he said of the crooked lawyer portrayed in “Breaking Bad.”

Also in March, Judge Sarah Evans Barker, Tinder’s former colleague on the U.S. District Court for the Southern District of Indiana bench, announced she would take senior status June 30. Barker, who joined the District Court in 1984, is the first woman to serve as a federal judge in Indiana.

The Southern District of Indiana is one of the busiest District courts in the country and that, Barker said, is one of the primary motivators for her decision to transition at this time – an additional judge will bring relief to the docket. Once she becomes a senior judge, a vacancy will open on the five-member court. When a new judge is appointed, she will cut her caseload to 80 percent. Her reduced caseload, combined with Senior Judge Larry McKinney’s caseload, will essentially add a sixth judge to the Southern District.

“For me, part of the fun has been to come in every day and see what arrives in my inbox and then to see if I am up to the challenges it presents,” Barker said. “I’ll just keep doing it that way.” 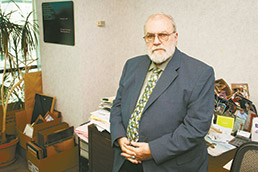 Norman Metzger, the longtime leader of Indiana Legal Services, announced in August he will retire March 31, 2015. He has led the legal aid organization since 1970, when it was known as Legal Services Organization of Indianapolis Inc. Under his leadership, the nonprofit expanded beyond Marion County into central and southern Indiana communities like Bloomington, Evansville, Muncie, Richmond and Terre Haute.

Today, ILS is the largest poverty law firm in Indiana, serving clients in all 92 counties.

Metzger’s vision for running a legal services agency, he said, was to “hire the best people you can, do a national search, bring them in here, and then get out of their way because you’d be surprised what bright, young, vigorous, energetic people will do on their own.”

After four decades of getting out of the way, Metzger said this is the right time to retire.

The ILS is looking for more office space to make room for the new attorneys who are coming on board. And with an influx of new federal dollars, ILS has started contracting with private attorneys to provide legal services in rural areas and has created a fellowship program to help the agency develop new services.

“Unless I’m missing something, the time is just about exactly right for me to retire,” Metzger said.•