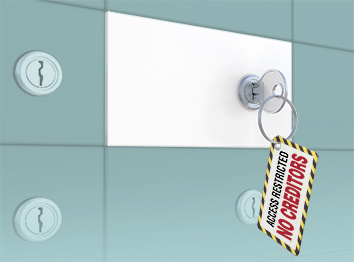 Assets could be shielded from creditors and passed down to numerous generations under a legacy trust proposal being considered by the Indiana General Assembly. The proposed estate-planning device would be exempt from the rule against perpetuities.

The bill faces an uncertain future after an initial hearing Jan. 26 before the Senate Committee on Civil Law. The bill was withdrawn after several amendments were proposed, but it may be reintroduced to the panel later.

Trusts in Indiana typically may exist for only 90 years, or for 21 years longer than the life of a beneficiary who was alive at the time the trust was established under the Uniform Statutory Rule Against Perpetuities, I.C. 32-17-8. But the legacy trust proposal expressly provides that the rule doesn’t apply to these trusts.

Legacy trusts also would be nearly untouchable for creditors and allow claims against them only under certain defined conditions. Proponents say the estate-planning vehicle would serve a need that Indiana currently isn’t meeting.

“Typically, these are going to be high-income people in high-risk professions – doctors, lawyers, professional people – who make a lot of money and would like to have the ability to say, ‘OK, this you can’t touch,’” said Jeffrey Kolb, a Vincennes attorney who helped draft the proposal.

“You can debate whether that’s good policy, but the reality is, they can already do it,” Kolb said.

He and other advocates say 15 states now offer some form of an estate-planning vehicle such as the proposed legacy trust. Ohio recently adopted its own version, and Kolb said the Indiana legislation is adapted from statutes on the books in Delaware and Tennessee.

These states began in the 1990s to enact asset shelters that previously were available only in offshore trust havens such as the Cayman Islands, Kolb said. But the shelters also earned a sometimes-murky reputation for hiding profits from suspect or criminal activity and for evading tax liability.

“A small number of states started to experiment with this idea mainly because they didn’t like the idea of those assets going into a foreign jurisdiction,” said Valparaiso University School of Law Professor Paul M. Kohlhoff, who formerly operated a practice with a concentration in estate planning.

“I think they’re a very effective tool if used properly, but also something that could be abused,” Kohlhoff said. He noted the proposed statute attempts to build in safeguards.

Frost Brown Todd LLC attorney Jeffrey S. Dible said Indiana is paying a price for not having trusts on the books that shield assets from creditors. He pointed to a recent client’s case as an example.

“One of the trust documents she signed was to create an asset-protection trust, and she couldn’t do it here,” Dible said. The client ended up establishing the trust in Delaware.

“It’s not a good thing from a business standpoint if you’re trying to keep wealth in Indiana,” Dible explained.

Dible and Kolb acknowledged philosophical objections to these sorts of trusts that go against centuries-old common law and statutes aimed at ensuring wealth circulates and cannot be tightly held generation after generation.

“What’s missing,” Dible said, “is that Indiana’s lack of a statute does not prevent people in Indiana from establishing these trusts. They just take their business out of state, which is not good for the state of Indiana.”

“We’re trying to give residents and estate planners the same tools that are available in 15 other states,” Kolb said.

“The Rule Against Perpetuities stops people from controlling others long after they are dead. This new bill would allow the dead hand of wealthy donors to control the behavior of living people,” Stake said. “How would you like it if you had to choose between obeying the commands of someone who died in 1800 or forfeiting your inheritance?”

Legacy trusts created by SB 56 would be irrevocable, and a settlor would be required to prove solvency in order to establish such a trust. An independent trustee would administer the trust and, at the trustee’s discretion, could provide disbursements to beneficiaries who may include the person who established the trust.

Under certain circumstances, the person who established the trust also could wield veto power over distributions made by the trustee, Kolb said. A generation-skipping component of a legacy trust would allow someone to shelter money that otherwise might be subject to the federal estate tax on wealth in excess of $5,430,000.

While a legacy trust would protect assets from claims of creditors, it would be subject to child-support claims and potentially some claims arising from divorce.

The language of SB 56 requires an affidavit stating that establishing the trust won’t render the settlor insolvent; that transferring property into the trust is not intended to defraud a creditor; there are no pending or threatened court actions; that there is no contemplation of filing for bankruptcy; and that the property isn’t derived from unlawful activities.

Bad faith in establishing the trust, however, could open it to creditors’ claims under the Uniform Fraudulent Transfer Act, I.C. 32-18-2. Likewise, Kolb said, the Bankruptcy Code contains a 10-year look-back period that enables recovery if property was placed in a trust in an effort to defraud creditors.

“There will be concern by the business community about this,” Kohlhoff said of the legacy trust proposal. “Creditors tend not to like these things.”

Stake believes if legacy trusts are allowed, they “will be used to protect rich people from just claims by their creditors.”

But Kolb said banks and sophisticated lenders have little cause for concern. They demand adequate collateral before laying out money, and legacy trusts cannot be used as collateral. Assets in the trust also must be wholly owned by the person establishing the trust.

Kolb believes legacy trusts wouldn’t appeal just to the rich, but also could be set up, for instance, by people of modest means who may wish to pass along assets but still qualify for Medicaid when they get older and may need long-term health care. “I think it has a wide range of applications across all income levels and across many areas of law,” he said.

These kinds of trusts shouldn’t be entered into lightly, and the public policy considerations are significant, Kohlhoff said. “There’s a lot of uncertainty there as to how courts are going to rule on those. I wouldn’t jump into one of those without advice from competent legal and tax professionals.”

As a public policy consideration, Kohlhoff raises the hypothetical instance of someone who’s established a legacy trust but has too much to drink and causes a terrible accident.

“Should that person’s assets be protected?” he said. “It’s a little bit more questionable under those circumstances.”