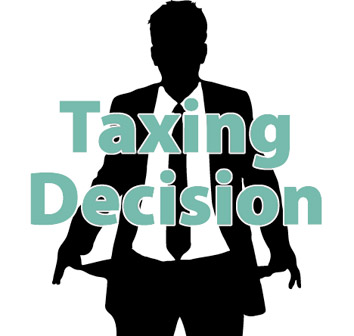 Thousands of Hoosiers with out-of-state earnings may have paid tens of millions of dollars in illegal tax, but whether litigating the issue will be worthwhile remains a question for experts in tax law, accounting and public policy.

The Supreme Court of the United States on May 18 invalidated a Maryland local income tax that the justices held was double taxation. The 5-4 decision in Comptroller v. Wynne, 13-485, struck down a local income tax Maryland collected on a couple’s out-of-state earnings. The couple also paid local income tax on those earnings from a pass-through entity in states where the taxes were collected.

“What people have been scratching their heads about here in Indiana is whether our system contains similar problems,” Barnes & Thornburg LLP partner Tim Riffle said.

Officials at the Indiana Department of Revenue declined repeated requests for comment. Spokeswoman Amanda Stanley said officials were continuing to review the ruling more than three weeks after it was issued.

Experts agree the county economic development income tax, CEDIT, may be most prone to a challenge under Comptroller v. Wynne because it does not provide such a credit.

“That is the entire issue,” said John Ketzenberger, director of the Indiana Fiscal Policy Institute.

While CEDIT collects significantly less revenue than COIT or CAGIT, it’s the most widely assessed. Ketzenberger said in the 72 counties where CEDIT is collected, it generates about $350 million in annual revenue.

Some experts said the total the state collected that was subject to double taxation like the Supreme Court invalidated is certainly in the tens of millions of dollars. According to the U.S. Census Bureau’s American Community Survey of 2011, over 162,000 Hoosiers worked out of state, the 16th-highest percentage in the nation at 5.8 percent. Even more are likely to have corporate or other earnings derived out of state, some of which are subject to county income taxes.

Association of Indiana Counties Executive Director Dave Bottorff said lawmakers corrected the CEDIT statute effective Jan. 1 of this year to add the credit on out-of-state earnings that were subject to local tax elsewhere. Nevertheless, Hoosiers and Indiana entities that paid the tax and also paid local tax elsewhere may be entitled to refunds from the Department of Revenue for the past three years.

“The circumstances are such that potentially there’s some refund that may occur, but we don’t think we can definitively say that yet,” Bottorff said. “We’re kind of waiting for the Department of Revenue to provide guidance and interpretation to the Supreme Court case.”

“We believe that since this is a U.S. Supreme Court case, this case applies throughout the country, thus Indiana refund claims are available to taxpayers that have not been able to take credit for tax paid to another state against the county income tax,” he wrote in a blog after the Supreme Court decision.

“My partners are challenging me on how we’re going to approach this,” Feller told Indiana Lawyer. He said the ruling “gives you an argument to go ahead and file a refund claim.”

Feller and others at the firm are putting clients’ past returns through software analyzing scenarios that could result in refunds from the state. The question for clients is whether it’s worth paying a few hundred dollars or so to amend their returns in hope of maybe getting some money back, potentially in the distant future.

Attorneys he’s worked with are cautiously optimistic that the Department of Revenue will provide guidance on the decision or that someone will contest the tax paid in prior years, Feller said.

“I think what’s going to happen is somebody’s going to file a refund claim,” he said, “and I can see the state disallowing it, and then you’d start the appeal process and then go through court.”

Feller believes that thorough analysis of the decision may reveal other opportunities for challenges to county taxes.

Still, he and legal experts agree any challenge on CEDIT is likely going to require someone with a large refund claim to begin the lengthy administrative and foreseeable court battle that such a claim would trigger. Riffle said a challenge also would require a client and attorney willing to endure “the hassle factor” for a potential refund, and whether the likelihood of a return is worth an administrative and legal tussle that could take many years to resolve. “I’ll let somebody else” bring the suit, he quipped.

According to the independent research organization Tax Foundation in Washington, D.C., Indiana is one of 17 states with some form of local or county income tax. County taxes in Indiana average 0.245 percent of total income. In Kentucky, that rate is 0.759 percent, and the rate is 1.006 percent in Ohio. Michigan’s rate is lower than Indiana’s, at 0.13 percent.

Bottorff said the rate differences also likely would have to be factored into any refunds Indiana ultimately may decide to grant.

Maryland has more to lose from the Supreme Court decision than any state. Tax Foundation research says Maryland’s effective local income tax rate is the nation’s highest at 1.5 percent of total income. Making matters worse for the Old Line State, Census figures show 18 percent of Marylanders work outside the state, second only to the District of Columbia.

Feller said challenges would seem likeliest from people paying taxes from pass-through corporations or corporate partnerships that have tax liabilities on income from multiple states. He said a lot of those local taxes paid in other states could be the basis for a refund in Indiana.•