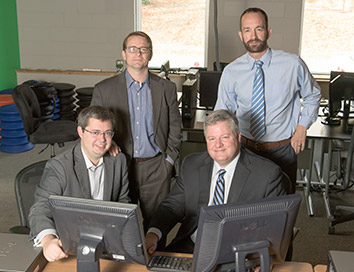 Even the phrase “document retention policy” could make an insomniac fall asleep, but in recounting his conversations about such policies, Hamish Cohen sounds like he’s doing a comedy routine.

“Well, what have you kept?”

“Everything we haven’t deleted.”

“What have you deleted?”

“All the stuff we didn’t keep.”

After the chuckles subside, companies realize that employees are deciding on their own which reports, emails, text messages and memos are retained or deleted. This leaves the companies with no idea about either the electronically stored information they have or the ESI that has been trashed.

The realization can turn into a nightmare if litigation hits. Doing discovery without technology will give in-house counsel and outside law firms the nearly impossible task of determining which of the hundreds, thousands, maybe millions of documents in hard drives and on desktops all across the company or government agency are relevant.

Picking the right documents is the key. Mistakes made when collecting the data can compound and land a company in front of a federal judge on a motion accusing spoliation, destruction or discovery gamesmanship. Next can come the sanctions.

Seeing an opportunity in helping businesses and lawyers with discovery in an electronic world, Cohen and three of his attorney colleagues – Ray Biederman, Sean Burke and Jon Mattingly – launched Proteus Discovery Group. All four were at Barnes & Thornburg LLP prior to starting the company. Their startup, which entered the legal services market Jan. 1, 2015, boasts it can do an efficient e-discovery process that produces a better output for much less money than traditional law firms charge.

Legal service providers similar to Proteus are growing on the East and West coasts but have been comparatively slow to sprout in the Midwest. Thus far, the reception from the legal community has been a little chilly but the four attorney-entrepreneurs expect law firms will warm up as the technology advances and clients demand the cost savings companies like Proteus can provide.

Much of the resistance is because of the lower price. Proteus estimated clients can end up paying a quarter of what they would pay for a law firm to do the same discovery work.

Burke explained Proteus is competing with traditional law for the “profit center” that comes from doing discovery. However, he noted, the harsh reality of the marketplace will force change.

“The ones that are smart and understand that profit center is really dwindling are the ones that are being innovative and can use us as part of their sell platform,” Burke said. “The others will eventually come around whether they want to or not.”

Companies like Proteus are upending the legal profession by offering an alternative. They leverage hardware and software to do some tasks, such as discovery – once done by lawyers – and to provide online legal services directly to consumers. In many instances these businesses are doing some components of legal work better, faster and cheaper than traditional law firms.

How technology has changed the practice of law is easy to see in Proteus’ office space. Through a set of double glass doors, the main work area is furnished with row after row of computer monitors set on long tables. There is not a law book in sight.

Proteus is focused on providing e-discovery services and helping companies manage their data. Many of the assignments the company has received to date have been reactive – a business is the target of a lawsuit and hires Proteus to identify and collect the relevant data needed for discovery.

Before accessing a company’s databases, Proteus will set the search protocol to pull the documents that are the most likely to contain the pertinent information. Then it will select the software and outside vendor best suited for the search. From there, it will start collecting and culling the data, regularly checking the process and collaborating with the client or its lawyers.

Once it has the pile of documents, Proteus will bring in contract attorneys to do a human review.

Still, technology alone is not enough to ensure survival in the marketplace. Michael Kelly, co-managing partner of DeveloperTown, an incubator for tech startups in Indianapolis, said any company operating in the “disruptive innovation” realm needs to do two things to survive – stick to business fundamentals and don’t try to be sexy.

Regardless of how cutting edge their high-tech product is, companies still need to market well, maintain quality and deliver service to its customers. Kelly has seen numerous startups make mistakes that caused them to fizzle, but he noted, “Every single one of those mistakes had nothing to do with the technology.”

Kelly said new companies that are most successful are those that address everyday problems rather than trying to create the next Instagram.

Biederman, COO of Proteus, saw the potential of e-discovery as an associate at the former law firm Stewart & Irwin P.C. The firm had been doing discovery the “old school” way when it began representing 91 car dealerships during the bankruptcy proceedings of GM and Chrysler.

The automakers turned over the relevant output from their databases which flooded the law firm. The lawyers were not sure how they were going to review all the documents so they turned to technology.

“We adopted a tool and got through it all,” Biederman said. “I think that was the moment when it all clicked (and I saw) there’s a real opportunity here.”

His business partners all had similar experiences. They saw software come into the market and perform traditional legal tasks better and cheaper. Also, they saw clients more willing to outsource these tasks to legal services companies rather than relying on law firms.

“We’re not trying to replace anybody,” Mattingly said. “We’re coming in and being a part of the discovery team. Ultimately, although our part is handling and understanding very complex issues in terms of e-discovery, to some extent we’re a tool for the clients and the law firm that’s managingthe case.”

Despite seeing the changes in the profession, the four said making the decision to leave a traditional law firm was difficult. Founding Proteus created “all kinds of crazy excitement,” as Mattingly said, but the attorneys were not ready to stop practicing law. At the same time they started Proteus, they opened their own firm, Mattingly Burke Cohen & Biederman.

In their firm, they are leveraging technology to ride another wave in the legal profession. More companies are hiring smaller firms because an office of just a few attorneys can do sophisticated legal work with the help of advanced software and without the overhead of a big firm.

“The way people buy and sell legal services is changing,” Cohen observed. “It has fundamentally changed in the last 10 years and … 10 years from now it will be completely different than it is now.”•