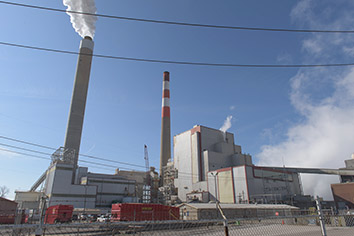 Described as the “jewel” of President Barack Obama’s legacy to curb climate change, the Clean Power Plan was not much of a surprise when the final version of the regulation was unveiled in October 2015.

The groundwork for the new rule was laid after the U.S. Congress failed to pass the Lieberman-Warner Climate Security Act in 2008. In July of 2008, the U.S. Environmental Protection Agency issued an advance notice of proposed rulemaking that outlined how the department could regulate greenhouse gases under the Clean Air Act.

However, the Clean Power Plan, which seeks to reduce greenhouse gases by imposing caps on states regarding carbon dioxide emissions, has incited a backlash that began before the rule was even published in the Federal Register. A coalition of states, including Indiana, unsuccessfully tried to derail the plan before the final version was set. The United States Court of Appeals for the District of Columbia Circuit found the challenge was premature and declined to hear arguments.

The day the final version of the Clean Power Plan was published, the coalition, which has since grown to at least 26 states, filed a petition for review in the D.C. Circuit Court, charging the rule exceeds the EPA’s statutory authority. The lawsuit, State of West Virginia, State of Texas, et al. v. United States Environmental Protection Agency, et al., 15-1363, is fourth in a string of cases dating back to 2007 that have battled the EPA’s attempts to regulate greenhouse gases by using the Clean Air Act.

which were directly linked to serious health problems. Greenhouse gases were not part of the Act’s agenda.

“The EPA is trying to fit a square peg into a round hole by applying a decades-old Clean Air Act to a very new environmental issue,” Kelln said, adding the only way to address climate change is for Congress to create a new regulatory scheme.

A new kind of regulation

For the Clean Power Plan, the EPA is tapping Section 111(d), a little-used portion of the CAA, to cover greenhouse gas emissions from power plants. The plan does not mention coal but the fossil fuel is a central focus of the regulation because meeting the carbon dioxide emissions standards almost certainly would require states to severely curtail, if not altogether stop, the use of coal to generate electricity.

Massachusetts v. EPA, 549 U.S. 497 (2007), established the federal agency can regulate greenhouse gases through the Clean Air Act. However, the goal of the Clean Power Plan is a “substantial restructuring” of the electric power industry, said Chicago attorney Christopher Townsend, who leads the team of energy lawyers at Quarles & Brady LLP. That is a much greater goal than the objectives of previous EPA regulations.

Indiana and the other states argue that through the Clean Power Plan, the EPA is forcing them to restructure their electrical grids. A federal administrative agency is attempting to make states develop energy policies that favor renewables over coal but, traditionally, only the states have had the authority to determine which sources will be used to generate energy within their borders.

In a November 2015 press release, Indiana Attorney General Greg Zoeller explained the opposition believes the EPA is “exceeding its authority under the Clean Air Act and intruding upon state sovereignty by forcing state governments to reorganize their energy generation and distribution systems,” Zoeller said. “Our state’s commitment to clean air balances costs and benefits as Congress intended, in contrast with the EPA’s top-down imposition of significant economic costs that would likely preclude any new coal-fired generating capacity for Hoosiers.”

Indiana’s fight against the plan is not surprising. As Amy Romig, environmental attorney at Plews Shadley Racher & Braun LLP, noted, the Hoosier State is very dependent on coal and laden with manufacturing that relies on electricity. The state would be hit hard if the Clean Power Plan stands.

An estimated 85 percent of the electricity generated in the state comes from coal. Under the EPA’s new regulation, Indiana would have until 2030 to cut carbon dioxide emissions by 38 percent.

In February, the challengers to the plan got a partial victory when the Supreme Court of the United States granted a temporary stay to the enforcement of the rule while the lawsuit proceeds through the courts.

Romig called the Supreme Court’s decision “extraordinary.” The stay suggests the majority believes the states will prevail although the justices did not highlight their reasoning.

Only a slim majority voted for the stay and less than a week after the order was issued, Justice Antonin Scalia unexpectedly died. Without Scalia, it appears the Supreme Court is split 4 to 4.

“Scalia’s death is a big, big blow to the challengers of this rule,” Kelln said.

Yet while Indiana and the other states fight the EPA’s new regulation, the electric power industry is being transformed into a greener sector of the economy. Market forces, including the low cost of natural gas and technology that has bolstered energy efficiency, along with Congress’s extension of renewable energy tax credits, are having a greater impact on energy providers than the Clean Power Plan will, Townsend said.

In addition, many states are developing their own energy policies. Also about 20 states are continuing to work toward compliance with the plan by evaluating their generation mix and looking for ways to reduce the use of coal.

Swirling around all this is the presidential election. Townsend, nodding to conventional wisdom, said whoever wins the White House in November could ultimately determine the fate of the Clean Power Plan. If a Democrat wins, the expectation is that the regulation will move forward, but if a Republican is victorious, the likelihood is that the plan would be scrapped.•