Rod Bohannan is entering his 40th year as an attorney at Indiana Legal Services, where he has dedicated his career to public interest law and advocating for impoverished clients in need of a voice. Over his career, he’s practiced in areas such as landlord-tenant law, expungement and consumer bankruptcy. In fact, he was the one who decided ILS should offer bankruptcy services to clients. And as director of the Ex-Offender Reintegration Project, he oversees and provides legal services on issues that ex-offenders face upon returning to society. He has been a role model and mentor to many, collaborating with young lawyers and getting them excited about community service and philanthropy. Rod is a member of the Indiana Supreme Court Pro Bono Commission and has been involved with many community organizations, including the NAACP Greater Indianapolis Branch and Indianapolis Neighborhood Housing Partnership. 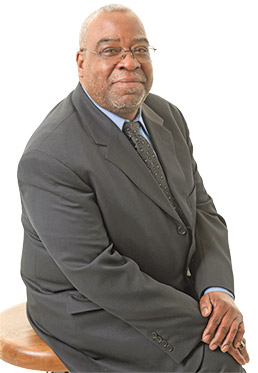 What can be done to encourage attorneys to take on more pro bono work?

First, I believe it takes one-on-one conversations with an attorney to take on a pro bono case. Second, we have to make sure it’s a type of case that the attorney has either experience with or the desire to utilize his/her skills and knowledge for the benefit of the client seeking assistance. Third, it has to be a rewarding experience for the attorney. If the attorney believes that he is taking on a pro bono case because he/she is expected to do so, then their heart may not really be in the case, and while they may provide excellent service for the client, they may be discouraged from taking on more pro bono work each year.

For me it’s not the why, but the how. Growing up in public housing in Newark, New Jersey, there were very few black attorneys as role models. More so, I knew none that practiced areas of the law other than criminal law. The idea of becoming a lawyer was foreign to me. The reason I became a lawyer was because someone saw “the lawyer” in me. President Monsignor Faye of my undergraduate college, Seton Hall University, came to me the semester of my graduation, and asked if I would consider applying to Seton Hall Law School. I procrastinated as I did not think that it was possible or that I would be accepted. Every day that he saw me on campus, he would ask if I had submitted my application. One day, he had his priest corner me in the student union and sit me down to complete the LSAT application and the law school application. He told me that the application fees were being taken care of. Monsignor Faye saw something in me that I did not see in me. That is how I became a lawyer.

The disappearance of the art of pre-negotiation. I miss being able to call an attorney at the beginning of a case and exchange perspectives (the facts of the case and the applicable laws that may apply); to have neither side believing that they are compromising their clients’ position or strength of hand; neither side having to flash their sword. Rather, I miss the collegiality of setting the path toward negotiation and resolution of a case — short of litigation, but with both sides understanding that neither is afraid of court.

Every day brings a new chance to help a client. I look forward to making a difference in each client’s life, no matter how small it may seem to me.

I would likely be in another capacity of public service. My undergraduate degree was to prepare me for a career in foreign service. However, after the Newark Rebellion against police practices, I began working my senior year as a mayoral aide for Kenneth A. Gibson’s administration, the first black elected as a mayor of an East Coast city.

Working as a mayoral aide with the Kenneth Gibson administration. Every day, I learned the “process” of public policy development and the art of politics as the mayor struggled to rebuild the city of Newark, which was devastated by the Rebellion, and the citizens whose hope was crushed by white flight and the business community abandoning the city.

The art of networking. When I arrived in Indianapolis in 1976, there were 12 black attorneys actively practicing. Interaction between black lawyers and the Indianapolis legal community barely existed. As a product of public housing, I had not learned the art and value of networking, nor of trust. It was not until later in my career that I learned the value of keeping in contact with people you meet. More importantly, I would tell my younger self to trust in the goodwill of the people you meet during your early-career journey, that they do have an interest in your well-being and development. More importantly, not to be afraid to allow them to help you!

Many people do not know I have a twin sister.

It is important to be active within your legal community and local community organizations as they are safe and productive environments to meet your fellow practitioners and to learn what issues are affecting your community. In both communities, I am able to network and develop shared goals. Both the legal and community organizations are rich environments for the development as an individual, growth of your leadership skills, and to “pay it forward.”

I learn the art of further listening and communication. Every mentee has a different need for being mentored. Each has a different level of how they communicate and how they wish to receive communication and information. I continue to learn to refine these skills. In return, I receive from the mentee a fresh look at a problem, new ideas and concepts that I likely would not have thought about. I enjoy watching the joy of the mentee as they begin their career as a new and inexperienced attorney, learning, developing and growing as a lawyer.

Is there a case that you’ve handled that stands out? Why?

The second case that stands out in my memory is the lawsuit I brought as the president of the Greater Indianapolis branch of the NAACP, with the assistance of the Indianapolis Chapter of the ACLU against the city of Carmel for its police practice of racially profiling black and Hispanic drivers, which resulted in the city being ordered to be the first city in Indiana required to mount cameras in all of their police cars, to preserve the recorded tapes of police stops for five years, and to have all of its police department change its practices and policies regarding racial profiling.