Gregory Hahn has spent more than 40 years making a difference in his community, whether it’s serving on an organization’s board or launching a mentoring program for economically disadvantaged youth. Many people seek out the business litigator because of his expertise, knowledge, and ability to empower others. He helped introduce and implement the U.S. and Indiana Uniform Reciprocal Enforcement of Child Support Acts while he worked in the Marion County Prosecutor’s Office. Later while in private practice, he recovered millions in damages on behalf of the Indianapolis Public Library due to construction issues on a downtown branch. 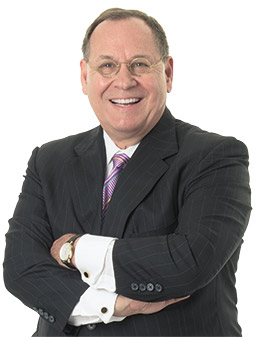 You helped launch the Starfish Initiative, a program in which many of our current and past award winners participate. Why did you create it, and why do you think it appeals to attorneys?

I helped launch Starfish Initiative to initially help inner-city poverty-level students have access to private schools. The cause is very close to me and we’ve seen great success with the program over the years. Starfish Initiative appeals not only to attorneys — but to professionals of all fields. Together, we help lift these kids from their current circumstances and lead them through high school, and eventually, college graduation.

As a young child, my mother introduced me to reading, which became a passion. Most books I was given were about leaders of our country. I became infatuated with our nation’s leaders and how they got to where they are. I quickly learned that many had law degrees, and to better understand how our government works, I needed one as well.

I’ve always wanted to be a history/government professor. I still may be when I retire — if ever!

I was hired to clean out commercial chicken hatcheries in high school and college. It was long, hard work day in and day out. It certainly taught me the value of hard work. It was an incredible incentive to keep going to school and graduate from college and law school.

Looking back, I would’ve told my younger self to take full advantage of my early educational opportunities. I was a C+ student in high school. In fact, I barely made it into college. I let athletics trump my education. At the end of my freshman year of college, I had a 2.5 GPA and thought that was stellar. My athletic guidance counselor told me I wouldn’t be able to get into law school with those grades and pushed me to raise them by the time I graduated. I had to work extremely hard the next three years to get them to where they needed to be and ended with a 3.38 GPA.

Don’t dedicate your entire being to your profession. Make time to give back to the community, participate in not-for-profits, be active in your church, and most importantly, spend time with your family.

The speed of law has changed dramatically. Thanks to modern technology, an attorney can get four to five times the amount of work done in a day compared to 42 years ago when I began my career. We’re no longer sending snail mail to clients, waiting weeks for a response. We’re now exchanging texts and emails within minutes. Everything is expected to be done instantly.

I’m always impressed by how bright and motivated today’s young people are. They want to do things that lead to improvements in our community. Money doesn’t seem to be the primary object for them; they truly want to work to help others. It’s extremely refreshing to see.

I was formerly an assistant to Supreme Court Justice Warren Burger.

Honestly, no. Every opportunity I took and every mistake I made led me where I am today.

I was formerly an assistant to Supreme Court Justice Warren Burger.