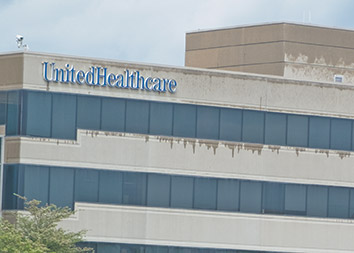 Several Indiana surgery centers are suing the nation’s largest health insurance company, claiming it violated state and federal law by failing to pay for services the centers’ doctors provided to patients. In a similar lawsuit against the insurer, a key dispute is what the word “pay” means.

The Indiana lawsuits allege UnitedHealthcare identified what it considered past overpayments to outpatient surgery centers — in some cases for services provided years earlier — then deducted those amounts from current patients’ bills.

“There are several legal issues with that, as you can imagine,” said Ian Friedman, general counsel of SurgCenter Development, which sued UnitedHealthcare on behalf of Carmel Specialty Surgery Center, Metro Specialty Surgery Center in Jeffersonville and Riverview Surgery Center in Rockport. Nearly two dozen suits those centers filed against the insurer were consolidated earlier this month before Judge Jane Magnus-Stinson in the U.S. Court for the Southern District of Indiana. Another suit from a Munster surgery center transferred from the Northern District also may be consolidated into this litigation.

Indianapolis attorney Shannon Melton, associate general counsel for SurgCenter, said the suits allege amounts totaling in the hundreds of thousands of dollars are owed to the centers and their physicians who treated out-of-network patients covered by UnitedHealthcare insurance plans. Because UnitedHealthcare didn’t pay the current bills, those patients whose claims weren’t paid could be on the hook for the cost of service, he said.

Employer-sponsored UnitedHealthcare plans also are impacted by cost-shifting, the lawsuits contend, because UnitedHealthcare is recouping sums it claims were overpaid from one insurance plan by reducing amounts billed for patients covered by other policies. “Plans just do not allow this offset,” Friedman said.

Melton refers to the practice as “a cross-plan offsetting scheme.” He and Friedman contend the cost-shifting is barred by state law and the federal Employee Retirement Income Security Act that governs health plans and benefits.

UnitedHealthcare defends the practice it calls “cooperative overpayment recoveries.” Spokeswoman Jessica Kostner said in a statement, “UnitedHealthcare has complied with all appropriate state and ERISA laws and regulations and disputes the plaintiffs’ allegations in this case.” Faegre Baker Daniels LLP attorneys Stephanie Boxell and Philip Gutwein represent UnitedHealthcare in the case and did not reply to messages seeking comment.

The suit says that in response to a current patient’s bill, UnitedHealthcare claimed it overpaid a total of $39,663.94 for 16 covered patients’ service more than two years ago and has therefore paid nothing on the current patient’s bill. The insurer, the suit says, “has utilized a cross-plan offsetting scheme in an effort to recoup alleged, prior overpayments. As such, (UnitedHealthcare) has paid $0.00 on claims that it verified $39,663.94 was owed on.”

The suit claims “in every instance neither the old claims’, nor the current claim’s insurance contracts authorized such a cross-plan offsetting scheme.” The suit alleges breach of contract on the old and current patient claims, unjust enrichment and violation of Indiana Code 27-8-5.7-10, which limits claims for adjustments for overpayment to two years.

In response, UnitedHealthcare argues it requested return of overpayments from the Carmel Surgery Center but was denied. “United took additional efforts, on behalf of each affected plan, to recoup the payments,” the company said, offsetting some or all of the payments on bills for new patients.

Melton said some of the suits allege UnitedHealthcare didn’t comply with appeal rights under state and federal law on its determinations that overpayments were made. “There’s no opportunity to challenge an overpayment that allegedly occurred,” Friedman said.

UnitedHealthcare is facing similar allegations in a suit brought by a New York chiropractor against the insurer in its home state of Minnesota. Lawyers for the Indiana plaintiffs said their clients wished to pursue their claims separately rather than wait for this potential class action that could take years. Nevertheless, the attorneys said they’re watching developments in that case closely as it could determine the ultimate course of the Indiana cases.

Motions for summary judgment from both parties are currently before the judge presiding in the case in the U.S. Court for the District of Minnesota, Louise J. Peterson, D.C., et al., v. UnitedHealth Group Inc., 0:14-cv-2101.

Peterson alleges a similar cross-plan recoupment practice as those in Indiana. The insurer withheld payment on undisputed new claims “without obtaining the permission of Plaintiff or those patients, in order to satisfy a prior and disputed debt that United believes that Plaintiff may owe to different United plans,” the complaint says. The suit described the practice as “an enterprise-level policy with respect to recovery of any payment it believes — without validation by any court or other independent third party — was overpaid by any United Plan.”

UnitedHealthcare argues it has broad authority under ERISA to recover overpayments in the interests of its plan beneficiaries, even recouping overpayments from one plan that benefits another. The company also disputes it failed to pay providers in Peterson and argues the providers were paid. One filing asserts, “there is no evidence that (health care) providers read plan documents before providing services.

“(T)he record establishes that Plaintiffs were paid through the cancellation of overpayment debts,” UnitedHealthcare argues. The insurer asserts, “where health plans are vested with administrative power to recover overpayments through offsets, they may do so cooperatively unless the practice is expressly prohibited. By affirming that principle, and by further holding that Plaintiffs have been paid, this Court will fully protect the interests of the affected ERISA plans and patients, while definitively putting to rest any lingering uncertainty concerning their financial obligations.”

But lawyers for the plaintiffs in Peterson argue UnitedHealthcare’s assertion that the plaintiffs were paid is unreasonable. They say evidence discovered in the case shows UnitedHealthcare never analyzed whether its cross-plan offset practice complied with terms of its plans or ERISA, but rather had its own interests alone in mind. “Instead, United withheld 39 documents that (it) asserted discussed ‘potential legal risks and exposure to United stemming from this change,’” according to plaintiffs’ filings in the case.•