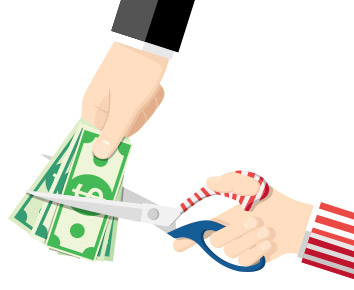 Proposed regulations from the Internal Revenue Service confirm that blood is thicker than water, but estate planning attorneys say the new rules could hand family-owned businesses much higher tax bills simply because they are family.

The complex, long-anticipated proposal would tighten Section 2704 of the Internal Revenue Code. No longer would owners of larger family businesses, farms or possibly investment portfolios be able to take a discount when they transfer part of their company to a close relative such as a sibling, child or grandchild.

Unveiling the potential regulations in August, the U.S. Department of Treasury asserted the change is closing a tax loophole. The department said certain wealthy taxpayers, or their estates, are using “aggressive tax planning tactics” to artificially lower the taxable value of the transferred asset. As a result, these individuals can pay less than they should in estate or gift taxes.

Attorney Steven Wilson, co-leader of the estate, trust and fiduciary litigation team at Bingham Greenebaum Doll LLP, described the proposed regulations as using a sledge hammer to kill a fly. He conceded some taxpayers and their advisers take an aggressive stance with tax planning but the IRS is doing too much to attack the problem.

The proffered regulations, which Wilson called the “most significant change in estate tax planning in 25 years,” if adopted as written, will have a public hearing Dec. 1. Already the proposal has elicited comments, spawned editorials and even grabbed the attention of Congress.

Wilson is not sure if the IRS will finalize the regulations as written but he is hoping some alterations are made. Family-owned businesses are the backbone of the American economy, he said, and they should not be where the IRS is looking to take a bigger tax bite.

The closely held entities that would be impacted are not mom-and-pop shops. They would likely be large companies or could be investment portfolios. Also only transfers that exceed $10.9 million for married couples or $5.45 million for single individuals would be taxed. The treasury department estimated that fewer than 10,000 of the largest estates are subject to any transfer tax at all in a year.

Although only about 1 percent of the taxpayers may get a higher tax bill if this regulation is enacted, Kevin Alerding, partner in the trusts and estates group of Ice Miller LLP, said the impact could ripple beyond the business owners. Family companies could have to shift money to pay the tax bill, leaving less financial capital to expand operations, buy new equipment and hire more employees.

Alerding said if the proposed regulation keeps businesses from investing, it will be bad for everybody.

MORE FROM IBJ
The tax savings loophole that 2704(b) will close.

Congress enacted Section 2704 in 1990 with the intent of limiting the devaluing of assets in intra-family transfers of entities such as businesses or partnerships. But new laws and court decisions were seen as having eroded the strength of the section, so the IRS began asking Capitol Hill to make updates. In addition, the agency has been hinting for more than 10 years that it intended to propose regulations that would stop the abuse allowed under Section 2704.

In the interim, Richard Kissel II, partner at Taft Stettinius & Hollister LLP, said the section became a relatively common estate planning technique that was used to transfer interests in a family business, farm or investment from one generation to the next.

The main thrust of the change to Section 2704 would eliminate valuation discounts on minority interests. In other words, the portion of the business that is transferred to a family member either through inheritance, gift or sale could not be assessed at the fair market value. Transfer that same portion to a non-family member and it can be discounted, thus allowing the business owner to be taxed at a lower rate.

Under the proposal, for example, a 20 percent interest of a $100 million business given to a brother, sister or offspring would be valued at $20 million.

Yet, as estate planning attorneys point out, a 20 percent slice of the business is a minority interest and is likely not actually worth $20 million. The holder of the small portion would have no voting rights, no ability to control the company and could only hope to receive a return on the investment someday.

Consequently on the market, nobody would pay $20 million and instead that portion would be worth possibly 30 to 40 percent less. When that interest is transferred to a non-relative, the transferor will only pay taxes on lesser amount. Conversely, if that minority interest goes to a relative, taxes will be assessed on the full $20 million.

Should the regulations be finalized as currently proposed, Kissel anticipates there will be fewer and fewer transfers among family members.

Through this proposed regulation, Alerding said the IRS may be taking a rosier view of families. Blood runs thick and siblings or children who hold even a minority interest in the family business could still exert some control and influence because they are family. The federal agency sees families as working together so the entire clan would determine the direction of the company regardless of who has majority and minority interests.

However, Alerding noted families do not always work in tandem. Relatives in some companies have engaged in fierce battles against each other over the future of the business.

“I think the idea that family members work together all the time is absolutely fiction,” he said.

Estate planning attorneys say they are advising clients to act now even though the fate of the proposed regulation is uncertain. Anyone who has been considering transferring part of the business or investment portfolio to relatives should go ahead and disburse the assets to avoid paying more because of the change to Section 2704.

Seven weeks after the IRS issued its proposal, Rep. Warren Davidson, R-Ohio, introduced the “Protect Family Farms and Businesses Act” which would prevent what he called a “stealth death tax increase.” The proposed legislation is 13 lines long and essentially prohibits federal funds from being used to implement, administer or enforce the proposed regulation.

Also in late September, 41 U.S. Senate Republicans, including Indiana’s Dan Coats, sent a letter to Treasury Secretary Jacob Lew, urging the department not to finalize the regulations. The legislators said the proposal would “directly contradict long-standing legal precedent, create new uncertainty for taxpayers, and put family-owned businesses at a disadvantage relative to other types of businesses.”

Should the proposal be enacted, attorneys expect a lawsuit against the IRS will follow at some point. It might take time for a client to get an appetite to wage a battle over taxes but if enough money is at risk, litigation will become attractive.