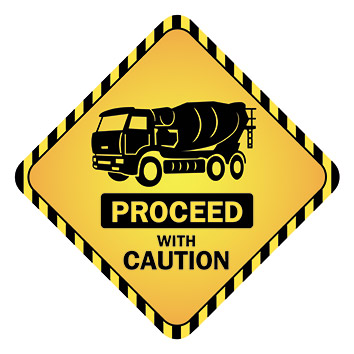 On its face, it seems like a case of union overreach: Concrete truck drivers withdrew their membership in a Fort Wayne union, yet the union continued to take dues out of their paychecks, an action the drivers say is tantamount to union security.

But practitioners and experts in Indiana labor law, as well as union representatives, say there is a simple solution to the drivers’ problems — officially withdrawing their dues checkoff cards. Once that’s done, experts say the union will no longer have the right to deduct dues, but the drivers say such a step is unnecessary. Thus, it is now up to the Indiana Court of Appeals to decide whether Teamster Local 414 is legally entitled to the dues and whether state courts can even address the issues the drivers raised.

The appellate panel of Judges Edward Najam, Melissa May and Cale Bradford heard arguments in the right-to-work case earlier this month at the Indiana University Maurer School of Law. The case traces its roots to March 2013, when a group of concrete truck drivers worked for Speedway Redi Mix Inc. and belonged to Local 414, the exclusive bargaining unit for all SRM ready-mix truck drivers.

An SRM sister company, Speedway Construction Products Corp., offered the drivers jobs with higher pay and better benefits, prompting the drivers to leave SRM and withdraw their membership in Local 414. However, after a series of unfair labor practice claims, SRM and SCP came to an agreement in which SCP would fire the drivers, who would then be rehired by SRM. The drivers were not party to the settlement, and according to Eilbacher Fletcher LLP lawyer Patrick Proctor, the attorney who represented the drivers before the Court of Appeals, the drivers were against the agreement because it forced them to take a pay cut and lose benefits.

After their return to SRM, the drivers did not rejoin Local 414, yet the union continued to withhold dues from their paychecks, despite the drivers’ objections. In their arguments before the Court of Appeals, Local 414 and SRM claim that the drivers never officially withdrew their Local 414 dues checkoff cards, giving the union the authority to continue to collect dues.

But Proctor told the appellate panel that as soon as the drivers withdrew from Local 414, any prior voluntary dues checkoff cards they had signed were no longer in effect. From the drivers’ perspective, the only way to stop paying the dues is to quit their jobs, a situation they say is the equivalent of an unwritten union security clause that is in direct violation of Indiana’s Right to Work law.

However, Kenneth Dau-Schmidt, labor and employment law professor at IU Maurer who sat in on the arguments, said the remedy for the

drivers seems to be very simple — filing a timely withdrawal of their dues checkoff cards to officially bring an end to Local 414’s practice of withdrawing dues. Stuart Buttrick, a partner at Faegre Baker Daniels LLP who leads the firm’s labor management relations team, agreed. He rejected the argument that the only way the drivers could stop paying the dues is by quitting their jobs.

“They don’t have to quit, they just send the notice (of revocation) pursuant to the card and they can remain employed,” Buttrick said.

Fillenwarth Dennerline Groth & Towe LLP attorney Geoffrey Lohman, who represented the defendants, told the appellate panel that the drivers had presented evidence in an earlier case before the U.S. District Court for the Northern District of Indiana showing that two of the drivers had asked the union to withdraw their cards, and the union honored that request. Despite their withdrawal, those drivers are still employed by SRM, undercutting the argument that the continual withdrawal of the dues has the same effect as a union security clause, Lohman said.

But Bradford said the question at the center of the case is whether the formal withdrawal of their checkoff cards is necessary or whether their withdrawal from the union invalidated those voluntary agreements. Lohman told the panel that such a question is one for federal law, not state courts.

Under the U.S. Supreme Court case of SeaPAK v. Industrial Technical & Professional Employees, 400 U.S. 985 (1971), the court held Section 14(b) of the National Labor Relations Act does not authorize states to regulate dues checkoff, and further held that any efforts by the state to engage in such regulation is preempted.

But Proctor argued SeaPAK was wrongly decided and noted in the appellants’ brief that, “Though SeaPAK was affirmed on appeal to the Supreme Court, it was affirmed without any opinion. Meanwhile, the law concerning preemption has continued to evolve … since SeaPAK was decided.”

Instead, Proctor turned to the 7th Circuit Court of Appeals case of Sweeney v. Pence, 767 F.3d 654, 659 (7th Cir. 2014), in which the court interpreted Section 14(b) “as protecting state’s authority to enact laws prohibiting union-security arrangements that are permissible under Section 8(a)(3) and other provisions of the NLRA.” Under that rationale, Proctor wrote that the drivers “question the validity of SeaPAK’s rationale in the Seventh Circuit, when it has already recognized … that the Indiana law prohibits ‘unions from collecting fees and dues from unwilling employees … .’”

But in the appellees’ brief, Lohman wrote the “language of Section 14(b) itself refers only to ‘agreements requiring membership in a labor organization as a condition of employment.’ Dues checkoff provisions do no such thing.”

Both Dau-Schmidt and Buttrick agreed the drivers’ claims seem to be preempted by federal law, especially in light of the regional director of the National Labor Relations Board’s findings that the drivers had not revoked the dues authorizations that SRM was required to honor under the settlement agreement.

“They’ve already had a bite of the apple with the NLRB, and they lost it there,” Dau-Schmidt said. “I don’t think the state courts can change that (NLRB) interpretation.”

Dau-Schmidt expects the appellate panel to rule in favor of SRM and Local 414, though no opinion in Mike Campbell, et al. v. Speedway Redi Mix Inc., et al., 02A04-1608-PL-02017, had been handed down at Indiana Lawyer deadline.•