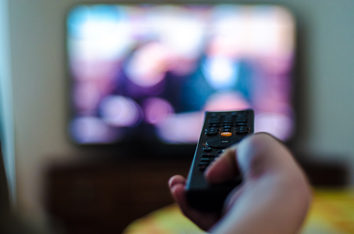 A case currently before the Indiana Court of Appeals could have a precedential effect on the process judges must go through before prohibiting the broadcasting of court recordings, as a northern Indiana TV station argues for answers as to why it was banned from airing a court-provided recording of a sentencing hearing in a high-profile case.

Fort Wayne TV station WPTA filed a brief late last month in the case of WPTA-TV v. State of Indiana v. John C. Mathew, 35A02-1705-CR-01060, urging the appellate court to vacate an order from Huntington Circuit Judge Thomas Hakes that prevented the station from broadcasting the audio recording of a sentencing hearing made by the trial court. The hearing was for John C. Mathew, a prominent physician who pleaded guilty to two counts of felony sexual battery against a former employee.

Hakes sentenced Mathew to four years in the Indiana Department of Correction, suspended subject to probation with the first two years on electronic monitoring/home detention as a condition of probation. He also must register as a sex offender. That sentence generated heavy community interest and sparked protests from some residents who were concerned with Mathew’s lack of jail time, said Jonathan Shelley, WPTA news director.

When WPTA learned the court had made a recording of the three-hour sentencing hearing, it filed a request pursuant to the Access to Public Records Act, hoping to air portions of the various testimonies presented during the hearing in its newscast, Shelley said. Hakes released the recording pursuant to the request, but simultaneously handed down an order, sua sponte, prohibiting the station from broadcasting it, subject to contempt of court.

“The limit placed upon Intervenors is in compliance with this rule,” Hakes wrote in an Order on Motion to Reconsider dated May 17. “Broadcasting all or parts of a court record is no different than the Intervenors making their own recording and then broadcasting it … an act that is not allowed by the Rule.”

But Meg Christensen and Jessica Whelan, Bingham Greenebaum Doll LLP attorneys representing WPTA in the appeal, said Rule 2.17 applies to cameras actually used in the courtroom. Here, WPTA was seeking to broadcast an audio recording that was both made and provided by the court, which calls into question the applicability of the rule in this situation, the attorneys said.

Further, the recording is considered a public record under Administrative Rule 9, which requires the court to hold a public hearing before restricting access. Such a hearing was not held, so the order also should be vacated on those grounds, Christensen and Whelan said.

WPTA has received support for its case from various media organizations, including the Society of Professional Journalists, the Indiana Broadcasters Association, the Reporters Committee for Freedom of the Press, and the Radio Television Digital News Association, Shelley said. RTDNA has taken a particular interest in the case as part of its newly formed Voice of the First Amendment Task Force, said Dan Shelley, the incoming RTDNA executive director, who is not related to Jonathan Shelley.

RTDNA’s task force has a two-fold mission — to defend against attacks on the First Amendment and to help the public understand why responsible journalism is essential in their daily lives. WPTA’s case fell into the purview of the task force because the organization advocates for camera access in all courtrooms, regardless of their size or stature in the legal community, Dan Shelley said.

Indiana’s rules regarding cameras in courtrooms tend to be more restrictive than the rules in other states, he said, and in WPTA’s situation, the execution of a prior restraint on a preexisting, court-generated recording seems to be a clear violation of First Amendment rights.

“From what I’ve seen, there’s no conceivable reason for the judge to prohibit the broadcast of that tape,” he said. “The case is over, so what possible harm could there be?”

The fact that Mathew’s case had already concluded when WPTA requested the recording is a central part of the station’s argument and the support it has received from the media community.

In cases where courts have imposed a gag order, it has been issued as a way of ensuring pretrial publicity did not deprive the defendant of a fair trial, Christensen and Whelan said. But here, the case was complete, so there was no risk of publicity having an adverse effect on Mathew’s rights, the attorneys said.

However, Steve Key, executive director and general counsel with the Hoosier State Press Association, said WPTA may be fighting an uphill battle. From his perspective, the appellate court might not view the issue as a prior restraint, but rather as an enforcement of Rule 2.17. Further, it’s possible the Court of Appeals might think the trial court erred by releasing the tape in the first place, so the judges could view the purported prior restraint as a correction of that error, he said.

Key went on to say he understands the station’s argument as to the fact that Mathew’s case had already concluded when the public records request was made, yet he also noted that courts have raised concerns about how the knowledge of the presence of cameras might affect witnesses. Courts often make recordings of their proceedings for the record and for the benefit of court reporters, but if witnesses know those recordings could be released to the media — and, thus, the public — then they might alter their words or actions, Key said.

“Whether live or delayed, that danger may still exist in the court’s mind,” he said.

Key said HSPA was asked to join WPTA’s case as an amicus, but declined to do so. While the organization would like to see the state change its policies regarding cameras in the courtroom, Key said he’s not sure if WPTA’s legal challenge is the most effective way to bring about that change.

Jonathan Shelley, however, said the station hopes its case will set precedent in Indiana, as he thinks the court owes the station an explanation as to why it could not broadcast the recording. The station’s attorneys agreed, noting the case seemed to be an issue of first impression in Indiana courts that could provide further guidance on how Rule 2.17 should be applied.

A spokesman for the Indiana Attorney General’s Office, which will be tasked with representing the trial court before the Court of Appeals, said the office is reviewing WPTA’s appeal to determine how to respond. The deadline for the state to file a brief is July 20, and the station will have until Aug. 4 to file a reply.•