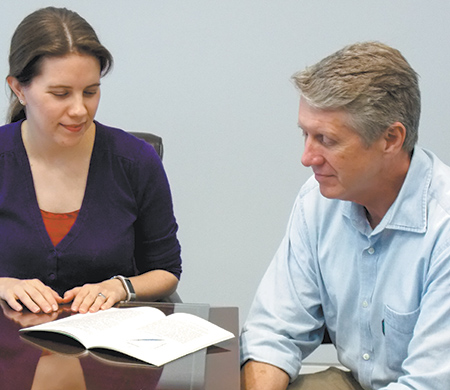 The Wisconsin gerrymandering case now before the Supreme Court of the United States has all the intrigue of a first-class thriller — secrecy, sophisticated computer programs, outside consultants, and carefully drawn district lines to ensure a firm grip on power.

The Wisconsin case, Gill v. Whitford, 16-1161, is the fourth challenge to partisan redistricting to arrive at the Supreme Court. Democrats charge that Republicans tilted the maps to retain the majority of seats in the Statehouse, even if they did not get the most votes in the statewide election.

About 30 years earlier, Indiana Democrats made a similar allegation against state Republicans. This resulted in the first political gerrymandering case heard by the U.S. Supreme Court, Davis v. Bandemer, 478 U.S. 109 (1986). The plaintiffs had the statistics to show although they had won over 50 percent of the vote, they obtained fewer than half the seats in the Indiana Legislature.

Boehm, then a business litigator at the former Baker & Daniels, represented the plaintiffs at the request of then-Senate Minority Leader Frank O’Bannon. Helped by attorneys Christopher Scanlon, who is retired from the firm that is now Faegre Baker Daniels LLP, and Jack Swarbrick, now athletic director at the University of Notre Dame, Boehm argued the case on equal protection grounds.

Partisan gerrymandering was treating one group differently for purely political reasons rather than for legitimate public policy concerns. “You couldn’t have a law that imposed a tax on Republicans but not on Democrats,” Boehm said. “This is essentially the same thing. It’s a law that imposes a representative penalty on the minority party.”

The U.S. Supreme Court was unanimous in finding the redistricting did not violate the Constitution. However, the justices split sharply over whether the issue of gerrymandering was something the judicial branch could rule upon. The dissenters argued the Constitution left the matter squarely in the hands of the legislative branch alone.

The question of whether judges should intercede in partisan redistricting fights raged in the two subsequent gerrymandering cases. In both Vieth v. Jubelirer, 541 U.S. 267 (2004) and League of United Latin American Citizens v. Perry, 548 U.S. 399 (2006), the justiciability debate prevented the Supreme Court from reaching a majority decision.

Boehm sees a clear need for the judiciary to get involved. Gerrymandering, he said, has created today’s state legislatures that are polarized, partisan and representative of the extremes in their respective parties. Independents and moderates, who comprise much of the electorate, are fiercely disenfranchised. General elections are almost inconsequential because redistricting has elevated the primary into the contest that selects the representatives and senators.

“All you need to do is look at election results around the country to see this simply doesn’t self-correct,” Boehm said. “Voters are unable to do anything about it because the voters who are most offended are those who don’t get any vote at all in the only election that counts, which is the primary.”

‘Case you dream about’

Attorney Jay Yeager was a law clerk at Baker Daniels when Boehm and his team were litigating Bandemer. Now a partner at Faegre, Yeager has revived the firm’s interest in the subject by forming a team to study and be prepared to help with constitutional challenges to partisan gerrymandering.

He was inspired to start the project through his own reading in the past several years and wondering how the practice could be constitutional. Making connections with other lawyers and political scientists as well as collaborating with Boehm, Yeager and his team were soon tapped to help the plaintiffs challenging the Wisconsin redistricting map.

When the Wisconsin Senate and State Assembly submitted an amicus brief to the Supreme Court, the plaintiffs asked the Faegre group to write a response brief on behalf of the Center for Media and Democracy. Yeager led the team of 15 attorneys from eight Faegre offices in researching, drafting and redrafting the brief pro bono.

“This is the kind of case you dream about when you’re in law school,” said Faegre partner Harmony Mappes. “It’s a big constitutional case that is intellectually interesting and can make a difference in the world. It has all those features that serve to motivate you to go to law school.”

The Faegre team used statistical analysis of the Wisconsin redistricting plan, known as Act 43, to counter the state Legislature’s argument that Republicans secured the majority because of effective campaigning and governing rather than because of partisan gerrymandering.

“There’s not a lot of disagreement about the evidence and there’s not a lot of disagreement about what the statistics show,” Yeager said, adding the Wisconsin electorate is evenly split between Democrats and Republicans, but since the new maps were instituted, the GOP has garnered 65 percent of seats in the Statehouse. “The more rigorous statistical analysis bears out the common-sense observation that the judges and every voter can make about that.”

Bandemer failed because the justices did not believe a single election provided enough data to support the claims of constitutional violations. In the cases since, the court has grappled with finding a standard that could be applied. Justice Anthony Kennedy has written about searching for “a manageable, reliable measure of fairness” to determine whether a partisan gerrymander is unconstitutional.

Plaintiffs in the Wisconsin case are offering the efficiency gap as a new metric for assessing how badly a gerrymander discriminates. The efficiency gap measures the ratio of votes that were wasted, or don’t count, because the candidate either handily won or lost badly.

Using the efficiency gap, the plaintiffs argue the map is severely tilted under Act 43. The districts were redrawn so that Republicans were spread out in many districts and able to cast just enough votes to get their candidates elected, while Democrats were packed into a few districts so their votes totaled more than what was needed for their candidates to prevail.

The sophisticated software also enabled the districts to be configured so that they would remain solidly partisan even as people moved in and out of the area.

“In recent years, we’ve seen an explosion of different ways data can be used to predict political behavior of voters,” Fraga said. Gerrymandering has long been a part of politics but the technology is allowing legislatures to “build longer lasting, stronger and more consequential gerrymandering.”

Redistricting is not something unique to the Badger State or Republicans. As Fraga pointed out, Maryland seems to be using similar technology as Wisconsin employed to ensure the Democrats maintain their majority.

Even before an opinion is handed down, Boehm knows from experience a ruling on political redistricting can have a huge impact. He was a clerk for the late Chief Justice Earl Warren when Warren affirmed the one person, one vote principle in Reynolds v. Sims, 377 U.S. 533 (1964).

This redistributed political power from rural areas to suburbs, where higher concentrations of the population were, making state legislatures become more progressive. Because of pressure from a greater number of voters who now had equal power at the polling booth, the Statehouses embraced civil rights, environmentalism and consumerism.

Yeager sees a ruling for the plaintiffs in Wisconsin potentially having a similar impact on enforcing the prohibition against racial gerrymandering. Drawing districts to segregate minorities is unconstitutional, but when faced with a racial charge, states often argue their gerrymander is based on partisan politics, which is lawful.

If partisan redistricting is found to violate the Constitution, then racial gerrymandering could decline as well. “It’s going to make it harder for states to gerrymander because there will be less of a safe harbor,” Yeager said.

However, if the Supreme Court does not step into the Wisconsin case, Boehm believes partisan gerrymandering will only get worse. “I think sooner or later, the public is going to demand that we get this reform, but probably not in my lifetime,” he said.•