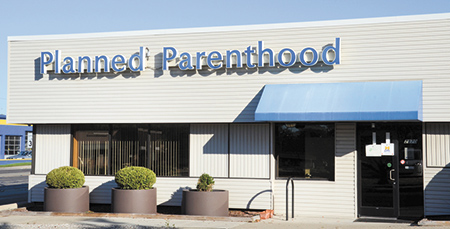 President Donald Trump’s nomination of Judge Brett Kavanaugh to the United States Supreme Court has yielded intense reactions from both sides of the political aisle. Right-leaning conservatives have praised the president’s selection of a jurist they say will act within the limits of the Constitution, while liberal politicians and voters have expressed fear over the threat they think Kavanaugh poses to civil rights issues.

As the U.S. Senate gears up for Kavanaugh’s confirmation hearings and citizens continue discussing the potential impact the D.C. Circuit judge could have on the court, one issue continually rises to the top of the dialogues: abortion rights and the possibility of overturning Roe v. Wade. One of Trump’s campaign promises was to appoint justices who would be willing to overturn Roe, and both critics and supporters of Kavanaugh say his record indicates he will live up to Trump’s promise.

Kavanaugh was at the center of a nationally known abortion case in late 2017, when he heard Rochelle Garza v. Eric D. Hargan, et al. In that case, a pregnant immigrant minor who was not legally in the United States sued to be released from a detention center so that she could obtain an abortion.

Kavanaugh authored the initial majority opinion that denied the minor’s request, finding her rights would not be violated “so long as the process of securing a sponsor to whom the minor is released occurs expeditiously.” The full D.C. Circuit later overturned Kavanaugh’s majority opinion, prompting him to file a dissent.

According to Kavanaugh supporters, those opinions merely indicate the judge strictly adheres to the law as it is written. Critics, however, say Kavanaugh’s writing shows his willingness to chip away at standing abortion precedent.

Though abortion law experts on both sides of the issue agree that Kavanaugh, if confirmed, would not have the power to swiftly overturn Roe all on his own, they also agree his ascension to the nation’s highest bench could possibly mark the start of a slow shift to the right. If that were the case, then the possibility of Roe being struck down could become more real, but certainly not immediately.

While some critics have described Kavanaugh’s nomination and assumed confirmation to the Supreme Court as the beginning of a dramatic rightward shift of the court’s ideology, Indiana University Maurer School of Law professor Charles Geyh thinks the ideological change will be more gradual. That’s because Chief Justice John Roberts has shown signs of wanting to preserve his court’s legacy, which means he does not want the jurists to seem like partisan animals, Geyh said.

James Bopp, an Indiana attorney and general counsel for National Right to Life, agreed that Kavanaugh’s ideological impact on the court will not be immediately dramatic. Although retiring Justice Anthony Kennedy – whom Kavanaugh will presumably replace – was known as a moderate swing vote, most of his opinions sided with his right-leaning colleagues, Bopp said. Further, no single justice can decide any issue without four supporters, which further limits the impact of Kavanaugh’s confirmation, he said.

But according to Diana Kasdan, senior staff attorney for judicial strategy at the New York-based Center for Reproductive Rights, Kennedy’s loss will be significant for pro-choice organizations. Kennedy’s moderate tendencies were often revealed when the court took up social issues, including abortion, Kasdan said, noting he was in the majority when the justices reaffirmed the right to an abortion in 1992 and 2016.

Even so, Geyh said Roberts’ concern about the court’s legacy may mean Kavanaugh will not immediately have the opportunity to shift the balance of the court’s position on reproductive rights.

“They may not hear any abortion cases in the first term…or they may take cases that just chip away at Roe,” Geyh said. “…I think in a lot of ways (Roberts) is very concerned about the legitimacy of the court. It is under attack and seen as a very polarized institution, and one way of control that a little is by controlling the agenda.”

Even if the justices choose not to take any abortion cases in the next term, Geyh said there’s still a strong possibility that Kavanaugh’s confirmation could spur more abortion-related litigation, especially from pro-life organizations that view him as a sympathetic vote.

But Christie Gillespie, executive director of Planned Parenthood of Indiana and Kentucky, described the possibility of abortion-related litigation as simply “more of the same.” She pointed to the abortion debate in Indiana, where for three years lawmakers have passed legislation that places more requirements or restrictions on abortion providers. Each year that legislation has been struck down by the federal courts, including the 2018 legislation at issue in the case of Planned Parenthood of Indiana and Kentucky, Inc. v. Commissioner, Indiana State Department of Health, et al., 1:18-cv-01219.

Bopp, however, said the litigation battle is being fought by both sides. He pointed to ongoing court battles over laws that allow only physicians to perform abortions, a requirement he said has been upheld by the Supreme Court but that pro-choice organizations continue to fight against.

The danger to pro-choice organizations with that strategy, Bopp said, is that the justices might decide to take up an abortion case brought by reproductive rights advocates, but then rule in a way that weakens or completely dismantles Roe. While he would be happy to see Roe overturned, Bopp said such a result would be the opposite of what abortion rights advocates intended.

Bopp cautioned against panic over the fate of Roe on both sides of the aisle, noting it can take years, if not decades, for the Supreme Court to overturn precedent. And even if the justices were to throw out Roe tomorrow with Kavanaugh’s help, little would actually change.

That’s because most states have laws in place that merely restrict abortions, but don’t ban them outright, Bopp said. Thus, even though Indiana may have such restrictions in place, abortions would continue legally without Roe unless the Legislature amended state law.

Kasdan said there are about 22 states, Indiana included, that would likely move to outlaw abortions if Roe were struck down, while a handful of those states have “trigger laws” that would make abortion illegally immediately upon the repeal of Roe. Indiana is not a trigger state, she said.

While Bopp said little about abortion practices would change if the 1973 case were thrown out because state laws would control, Gillespie said such a ruling would create severe health problems.

“You can go back to the beginning of time, and all through history women have found ways to end unintended pregnancies,” Gillespie said. “The only difference if Roe is overturned is now, women will start dying from abortions again.”

While Bopp said it could take months or years for states to make their abortion laws more restrictive in the absence of Roe, Gillespie and Kasdan said their organizations are continuing with public education campaigns to encourage citizens and lawmakers to advocate for abortion rights legislation while Roe is still in place. Both sides agree, however, that knee-jerk reactions to Kavanaugh’s nomination are still premature.

“I understand how difficult this is, and things don’t just change overnight,” Bopp said. “…That’s the advice I give to pro-lifers and the general public or to pro-choice people.”•