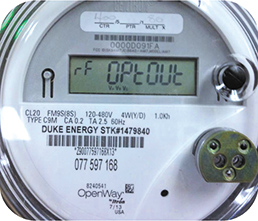 A ruling from the 7th Circuit Court of Appeals about smart meters inspired contradictory reactions as the appellate panel held that data collected through the devices by a public utility is protected by the Fourth Amendment, but then, in the next breath, found the search by the Naperville, Illinois, power company was reasonable.

The opinion drew mixed responses from privacy advocates. Some saw the ruling as a victory because the court found that constitutional protections against searches and seizures apply in smart meter scenarios, while other groups were disappointed the court did not stop what they characterize as government invasions into private homes.

For utility lawyers, the ruling provides a lesson to all power and water companies regardless of whether they are public or private: be careful about the data you collect with smart meters.

Utilities are not unique in that many industries are facing pushback as new technology increases privacy concerns. Reena Bajowala, partner in Ice Miller’s data security and privacy group, has witnessed this common thread running through her practice when data is involved. Inquiries into how and why information is collected, what customers are told and how data is used are typical across many different areas of business.

“I think the scope of the collection will always be a very important question in these cases,” Bajowala said. “Timing, type of information, those details are what these cases are going to turn on.”

The dispute in Naperville Smart Meter Awareness v. City of Naperville, 16-3766, began when the city-owned electric company started installing digital smart meters on local homes. A group of citizens raised privacy concerns because the data from the smart meters could reveal intimate details, such as when people were home, when they were away, when they watched television and when they cooked a meal.

Although the 7th Circuit agreed the devices were revealing details that would otherwise be unavailable to government officials, the unanimous panel found the search did not infringe on the Fourth Amendment. In particular, the court noted the information was collected at no less than 15-minute intervals, and the data was being used only by the utility employees and was not accessible to law enforcement without a warrant.

David McGimpsey, partner at Bingham Greenebaum Doll in Jasper, pointed out a key part of the ruling was the court’s consideration of the public benefit reaped from smart meters.

The 7th Circuit noted with smart meters, utilities were able to encourage energy efficiency and increase the stability of the electrical grid, reducing costs for consumers. Likewise, in his work with water companies, McGimpsey said smart meters can detect and pinpoint the location of leaks so customers do not get sky-high bills and utilities do not have to dig up an entire street to find the broken pipe.

Even with the benefits, McGimpsey knows consumers have concerns. Some raise fears about the meters’ radio waves making them sick, and others repeat stories of the devices causing homes to catch fire. But the most common concern is privacy and what the data can reveal.

McGimpsey does not believe the information from the smart meters is being used for anything else than to improve efficiency and decrease consumption. “No utility has told me they want the data to figure out people’s lifestyle,” he said.

Illinois solo practitioner David Gulbransen stepped in and represented the Naperville residents pro bono when they ran out of money during the appeals process. Also a volunteer attorney with the Electronic Frontier Foundation, he was interested in the Naperville case because of its relevance to the third-party doctrine.

The U.S. Supreme Court has held that individuals cannot have a right to privacy under the Fourth Amendment when their information is handled by a third party. However, Gulbransen maintained the courts need to take a fresh look, especially since technology has enabled more invasive data collection. Without adjusting the doctrine to match the shift in technology, he said consumers’ privacy rights will be gutted.

When Duke Energy filed a petition in July 2017 related to its deployment of smart meters, the key issue was a surcharge tacked on to homes that chose to opt out of the program. But bubbling below the surface were concerns over privacy.

Officials from the Office of the Utility Consumer Counselor advised that the utility should be required to offer more information to consumers about data security, privacy, safety and health effects. Also, Danville attorney Robert Glennon and his wife, Janet, as part of Concerned Duke Energy Indiana Customers, echoed the apprehensions about the smart meters’ invasion of private residences, as well as the impact of their radio wave radiation on human beings.

A settlement was reached whereby Duke lowered the monthly opt-out fee and even eliminated it for customers who read their own meters.

“Nothing is more sacrosanct than the home in which you live. It’s where you go for rest, relaxation and recovery,” Robert Glennon told The Indiana Lawyer. “To the extent that new technology causes you distress, then you should have the right to say, ‘I do not want that new technology attached to my home.’”

In his first read-through of the Naperville decision, Nicholas Kile considered it a narrow opinion that applied only to municipal-owned utilities. But when the Barnes & Thornburg partner re-examined the ruling, he paused over language about having no choice and now sees the potential for broader applications.

“The third-party doctrine rests on ‘the notion that an individual has a reduced expectation of privacy in information knowingly shared with another,’” Judge Michael Kanne wrote, citing Carpenter v. United States, 138 S.Ct. 2219 (2018). “But in this context, a choice to share data imposed by fiat is no choice at all.”

Naperville did not allow customers to decide whether they wanted a smart meter attached to their home. Kile says the lesson, even for investor-owned utilities, is to offer a choice and enable households to opt out of the smart meter program in order to avoid running afoul of privacy protections.

“In this day and age, people are naturally more and more concerned about privacy interests,” Kile said, noting how technology of all kinds has made personal information easier to access.

Altman reasoned because investor-owned utilities have statutory powers enabling them to do things such as condemn property and install power lines on private rights-of-way, they can be considered as “quasi-governmental” entities. Therefore, they could be subject to the prohibitions against unreasonable searches and seizures, she said.

In addition, Altman said the pseudo-public nature of private utilities could put them crosswise with the Fifth Amendment’s ban on takings. This hinges on what the companies do with data, but Altman sees the potential for a constitutional problem if information is sold to a private industry. Those businesses might then, for example, use the information to find and advertise to customers in need of a more energy-efficient refrigerator.

Ultimately, Altman said the heart of Naperville is the reasonable use of the data collected through smart meters.

“The court said if the collection of data is done more often and it implied if the use is for purposes other than business use, you’ve got a problem,” Altman said. “I think that’s appropriate.”•