As one of Indiana’s leading trial lawyers, Jason Reese also is a leader in his profession, mentoring young lawyers and exemplifying community service. As his personal injury firm has grown, including moving in 2017 into a new state-of-the-art office, so has Reese’s commitment to service. These include multiple bar activities, extensive pro bono work through the Neighborhood Christian Legal Clinic and leadership involvement in charitable efforts such as Special Olympics and EDGE Mentoring, among others. 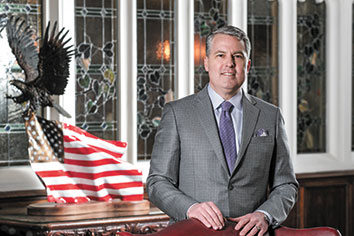 What’s your advice to anyone thinking of starting his or her own law firm?

Carpe diem. While it is not every lawyer’s calling to start a firm, having the thought alone is probably reason enough to give it a shot. There is power in pairing. If you do not want to go solo, team up with other lawyers so you can each play to your strengths.

Why did you gravitate toward personal injury law?

I am a firebrand with a passion for justice and helping people, and a yearning to make a difference. Personal injury law allows me to pursue these passions and live out the bold dreams of my inner rebel.

What makes mentoring so important to you personally?

I am a firm believer in Proverbs 27:17: “As iron sharpens irons, so one person sharpens another.” Mentors have poured so much into me over the years to the point where my cup overflows. I cannot help but want to pay it forward to the next generation. Serving as a mentor actually sharpens my skills as a listener and a leader and gives me a fresh perspective and reflective space in a hectic schedule.

I had two rock star mentors my first four years of practice. Dan Vinovich, a consummate professional, taught me how to practice personal injury law, the importance of honesty and civility, and why it is important to serve the bar and community. Mark Ladendorf, a savvy businessman, taught me the nuances of injury litigation, including how to take killer depositions and try a case to the point where I realized I could practice on my own.

My 19-year partnership with Steve Wagner, who is not only an exceptional lawyer, but one of the greatest communicators and boldest businessmen you will ever meet. Seemingly always putting the partnership ahead of himself, Steve brings out the best in me professionally and likes to have fun in the process.

Place term limits on members of Congress. Let’s see what happens when the focus is more on representing our nation’s citizens than on winning re-election.

Detach from work when you get home, including leaving the phone in the car. You owe it to your family and yourself.

If you want to pursue a legal career, carefully choose the area in which you want to specialize as quickly as possible. Because the practice of law is not easy, be sure your skillset and passions intersect. After you find your niche area, seek out a mentor who’s considered one of the best in your field. Do not be afraid to initially sacrifice the money; rather, consider your first two to four years of practice an “apprenticeship” and learn everything you can from your mentor. Soon, you will be ready to write your own ticket.

During the summer before I started law school, I worked second shift at a Pepsi warehouse loading semi-tractors. Because I could not drive a forklift, I got to do some serious heavy lifting! By the end of the summer, I had two new cavities but was in the best physical shape of my life.

Date nights with my wife Jill, boating, golfing with my sons, Bible study and watching re-runs of “The Office” with my daughter.

In high school, I never missed an episode of “L.A. Law.” I was enthralled by the storylines and a profession whose members stand in front of everyday people and meaningfully affect the outcome of a dispute.

I have won a few karaoke contests by singing Young MC’s “Bust a Move”.•