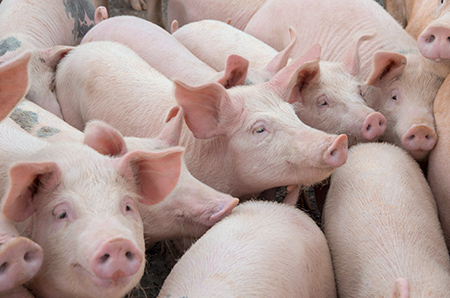 A 28-page opinion issued from the Indiana Court of Appeals on April 22 on the state’s Right to Farm Act is being hailed as the best of rulings and the worst of rulings.

Neighbors to an 8,000-hog concentrated animal feeding operation in Hendricks County filed a complaint, claiming nuisance, negligence and trespass. They asserted the 3.9 million gallons of untreated manure emitted noxious compounds including ammonia and volatile fatty acids that traveled to their homes and properties.

The defendants countered that the plaintiffs’ nuisance claim was barred by Indiana’s Right to Farm Act. Also, they argued the plaintiffs failed to identify any specific negligent acts or omissions in the operation of the CAFO, and that the invasion of odor is not a trespass.

“The Court of Appeals’ decision continues a consistent line of judicial decision upholding the Indiana Legislature’s enactment of the RTFA, dating back to 1981,” said Christopher Braun. “This is a significant victory for Hoosier farmers who face costly and disruptive lawsuits brought by their residential neighbors for the odors associated with rural life, as well as for entities in the agricultural industry who supply livestock, feed and other support to Indiana’s farming community.”

The plaintiffs, Janet and Martin Richard Himsel and Robert J. and Susan M. Lannon, were represented by the Hoosier Environmental Council. Attorney Kim Ferraro said the plaintiffs are now considering all their options, including seeking transfer to the Indiana Supreme Court.

“The effect of this opinion is that people living next to and being harmed by a CAFO literally have no recourse,” Ferraro said. “If the court’s opinion is allowed to stand, the RTFA will prevent people who are being legitimately harmed from obtaining any remedy in court. This opinion will expand the RTFA’s protections for agricultural operations far beyond its intended scope and what its plain text allows.”

As part of their argument, the Himsel and Lannon families contended RTFA does not bar their nuisance actions because the CAFO would have been a nuisance when the farming originally began on the property.

“The Plaintiffs contend that applying the RTFA in this manner will ‘have the extraordinary effect of removing any evidentiary burden by allowing CAFOs of any size to be built anywhere there is any history of agricultural activity,’” Judge Robert Altice wrote for the court, citing the plaintiffs’ brief. “We are not so sure. Moreover, we observe that requiring a defendant farmer to establish that his or her particular CAFO (rather than hog farming or CAFOs generally) would not have been a nuisance when the agricultural operation began on the locality would eviscerate the protections of the RTFA.”

Saying the opinion followed legal precedent, the Indiana Agricultural Law Foundation hailed the ruling as a victory for the Hoosier farmers. INAgLaw said the RTFA is a farmer’s defense against nuisance lawsuits.

“In interpreting the statute, the court held that a farm does not need to prove its modern operation ‘would not have been a nuisance’ at the time the property was first used for agriculture,” said John Shoup, director of INAgLaw. “Here, the farm property was used for agriculture as early as 1941 and the neighbors began their non-farming use some time after that.”

Indiana intervened in the case, arguing the challenge from the Himsels and the Lannons lacked merit. Applauding the ruling, Indiana Attorney General Curtis Hill said, “Protecting agriculture in Indiana serves a purpose very important to our economy,” Hill said. “Hoosier farmers help feed the world, and the state has a compelling interest in preserving their ability to perform their work. The Right to Farm Act is a constitutional and effective means of accomplishing this goal.”•