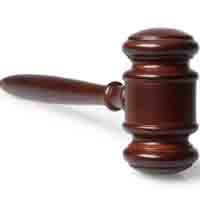 For the Biden White House, a quartet of four female judges in Colorado encapsulates its mission when it comes to the federal judiciary.

One of the judges, Charlotte Sweeney, is an openly gay woman with a background in workers’ rights. Nina Wang, an immigrant from Taiwan, is the first magistrate judge in the state to be elevated to a federal district seat. Regina Rodriguez, who is Latina and Asian American, served in a U.S. attorney’s office.

Veronica Rossman, who came from the former Soviet Union with her family as refugees, is the first former federal public defender to be a judge on the 10th U.S. Circuit Court of Appeals.

With these four women, who were confirmed during the first two years of President Joe Biden’s term, there is a breadth of personal and professional diversity that the White House and Democratic senators have promoted in their push to transform the judiciary.

“The nominations send a powerful message to the legal community that this kind of public service is open to a lot of people it wasn’t open to before,” Ron Klain, the White House chief of staff, told The Associated Press. “What it says to the public at large is that if you wind up in federal court for whatever reason, you’re much more likely to have a judge who understands where you came from, who you are, and what you’ve been through.”

The White House and Democratic senators are closing out the first two years of Biden’s presidency having installed more federal judges than Biden’s two immediate predecessors. The rapid clip reflects a zeal to offset Donald Trump’s legacy of stacking the judiciary with young conservatives who often lacked in racial diversity.

So far, 97 lifetime federal judges have been confirmed under Biden, a figure that outpaces both Trump (85) and Barack Obama (62) at this point in their presidencies, according to the White House and the office of Senate Majority Leader Chuck Schumer, D-N.Y. Among them: Supreme Court Justice Ketanji Brown Jackson, that court’s first Black woman, 28 circuit court judges and 68 district court judges.

Three out of every four judges tapped by Biden and confirmed by the Senate in the past two years were women. About two-thirds were people of color. The Biden list includes 11 Black women to the powerful circuit courts, more than those installed under all previous presidents combined.

“It’s a story of writing a new chapter for the federal judiciary,” said Paige Herwig, a senior White House counsel.

The White House prioritized judicial nominations from the start and Democratic leaders in the Senate moved quickly on them. Particular focus was placed on nominees for the appellate courts, where the vast majority of federal cases end, and those coming from states with two Democratic senators, who could find easier consensus in a process where there’s still significant deference given to home-state officials.

Democrats hope to speed up confirmations next year, a goal more easily accomplished by a 51-49 Senate that will give them a slim majority on committees. In the past two years, votes on some of Biden’s more contested judicial nominees would deadlock in committee votes.

Republicans had also picked up the confirmation pace considerably in Trump’s final two years in office, after GOP senators put in place a rule change — now being used by Democrats — that significantly shortened the time required to process district court nominees.

Schumer said he also hopes to install more judges in appeals courts that shifted rightward under Trump, an effort that the majority leader described as rebalancing those courts.

“Trump loaded up the bench with hard right ‘MAGA’ type judges who are not only out of step with the American people, they were even out of step with the Republican Party,” Schumer said in an interview, using shorthand for Trump’s 2016 campaign slogan, “Make America Great Again.”

Despite their limited power to derail Biden’s judicial picks, some Republicans have fought ferociously against many of them, arguing that their views were out of the legal mainstream. The precarious 50-50 Senate meant several Biden nominees languished for months and were never confirmed before the Senate wrapped up its work this year.

Democrats also say certain judicial nominees, particularly women of color, were unfairly made into lightning rods by their GOP critics.

“The Republicans have just got a problem with this,” Sen. Dick Durbin, D-Ill., chairman of the Judiciary Committee, told the AP. “Not all of them, some do.”

Sen. Josh Hawley, R-Mo., a committee member, said Biden’s picks were “very, very left, but unapologetically so” and that his colleague’s assertions about Republicans were “absurd.”

Despite the strengthened Democratic majority. the White House could nonetheless struggle to seat some judges over the next two years.

For instance, Biden has made barely a dent in the number of vacancies for district court judges in states that have two Republican senators, confirming just one such person: Stephen Locher, now a judge in the Southern District of Iowa. Home-state senators still get virtual veto power over district picks. Advocates want Democrats to discard that tradition, arguing it only allows for Republican obstructionism.

Durbin has said he would reconsider the practice if he sees systematic abuse of it. But such roadblocks have been rare, he said, and influential Republicans give some deference to Biden on judges.

One matter Biden has not been willing to address: the structure of the Supreme Court.

Any push to reshape the high court has found little footing at the White House despite its the court’s tilt farther right under Trump.

In June, the 6-3 conservative majority overturned the landmark decision Roe v. Wade, eliminating the constitutional protections for abortion that had existed for nearly 50 years. In the same term, it also weakened gun control and curbed the U.S. Environmental Protection Agency’s ability to manage climate change.

Biden has argued the court is more of an “advocacy group these days.” But he has not embraced calls to expand the court, impose term limits or mandatory retirement, or subject justices to a code of conduct that binds other federal judges.

“I wouldn’t, in any way minimize the progress and the importance of what President Biden is doing on the lower courts,” said Chris Kang of Demand Justice, an advocacy group leading the push to expand the court. But “we need to look at the core problem, which is the Supreme Court.”