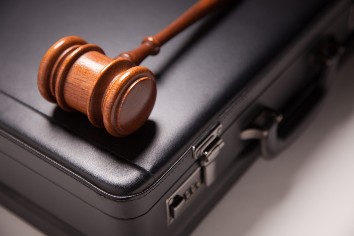 The Court of Appeals of Indiana has tossed a woman’s complaint alleging malpractice and fraud against an attorney and his St. Joseph County law firm, finding she could not escape the statute of limitations just because she failed to pay attention or exercise “ordinary diligence” when her husband’s irrevocable trust was created.

The allegations stem from an irrevocable trust Rice created for her husband, David, in 2008. The money deposited in the trust was from a settlement of a personal injury lawsuit following a traffic accident that left Osadchuk’s husband severely disabled.

In November 2018, Osadchuk filed for divorce in Vigo Superior Court.

Osadchuk wanted the trust funds to be considered as marital property subject to division, but the successor trustee filed a motion to dismiss the trust from the dissolution proceeding, arguing Osadchuk was present when the trust was created and would have known it was irrevocable and could not be touched by creditors or any liens.

The trial court subsequently granted the trustee’s motion and dismissed the trust in October 2019.

Osadchuk then filed a petition to modify the trust in June 2021. She argued, in part, a modification should occur because when the trust was created the divorce was not contemplated by David and Amy and the trust is silent on divorce.

With the petition to modify still pending, Osadchuk filed her complaint against Rice and his firm. Echoing the trustee’s arguments, the defendant attorneys countered that Osadchuk knew or should have known the terms of the trust when it was established and, therefore, her claims were time barred.

The St. Joseph Superior Court granted the attorneys’ motion for judgment on the pleadings and the Court of Appeals affirmed in Amy Osadchuk v. Charles P. Rice and Boveri Murphy Rice, LLP, 22A-CT-1068.

Before the appellate court, Osadchuk argued the attorneys committed malpractice when they sought court approval to deposit David’s settlement proceeds, “which constitute[d] nearly the entire [] marital estate of the parties,” into a trust “that did not contemplate the parties’ divorce[.]” The lawyers committed further malpractice by never advising her that the marital estate was being placed in a trust “which could be turned against her” by making her “a creditor against her own marital estate.”

The Court of Appeals ruled her claim was barred by the two-year statute of limitations.

“We find that the exercise of ordinary diligence would have enabled Amy to become aware, if she was not, of the terms of the Trust at the time of tis creation in 2008, including that it was created solely for David’s benefit and that it was irrevocable,” Chief Judge Robert Altice wrote for the court. “… Attorney Rice brought the Trust to their home, where David subsequently executed it; Amy was not a donor, beneficiary, or trustee under the Trust.”

Moreover, the Court of Appeals was not persuaded by Osadchuk’s argument that earliest the statute of limitations on the malpractice claim might have started running was in October 2019 when the trust was dismissed from the dissolution proceeding. Finding Ickes v. Waters, 879 N.E.2d 1105, 1109 (Ind. Ct. App. 2008), clarified on reh’g, trans. denied, to be instructive, the appellate panel reiterated that Osadchuk knew or “in the exercise of reasonable diligence” should have known when the trust was created that she had not control over the funds.

Finally, the Court of Appeals agreed with the attorney defendants that Osadchuk’s other claims were “merely a re-labeling of the legal malpractice claim.”

“We likewise find that Amy’s fraud, constructive fraud, and attorney deceit and collusion claims are, at their core, based on the same alleged errors and omissions that form the basis of the legal malpractice claim, i.e. failures to properly advise and draft, and, consequently, they are time barred,” Altice wrote.