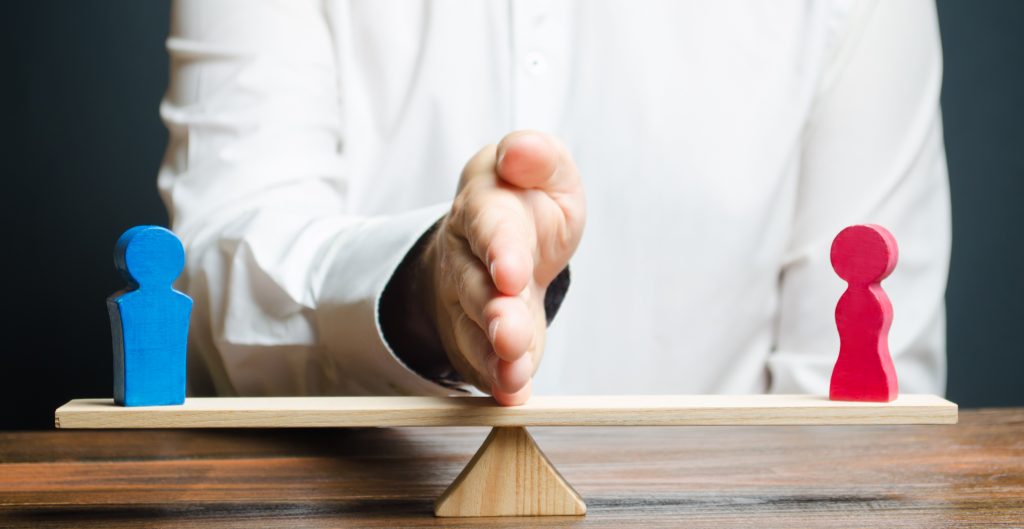 H.R. 4445 would eliminate forced arbitration of sexual assault and harassment claims, leveling the field between alleged harassers and their accusers. | Adobe Stock photo

A weekly child support obligation that was ordered even after the calculation of the finances showed the noncustodial parent owed a negative amount has been reversed by the Court of Appeals of Indiana.

Following a hearing in the divorce proceeding and custody battle between Kalanu Carter and Ryan Carter for their child, R.C., the Miami Superior Court granted the father’s petition to reopen the evidence.

Court documents detail a stormy dissolution between the Carters, with the mother alleged to have entered into a romantic relationship with a man she told the court “smokes weed a little too much” and “sleeps too much.” The mother also repeatedly threatened to move with R.C. so father could not see the child.

At a hearing in October 2020, the only issues before the court were which parent would have physical custody of R.C. along with determinations for parenting time and child support. Two months later, the father filed a petition to reopen the evidence.

Ryan alleged that the mother was threatening to join the military and relocate with R.C. as a way to circumvent the trial court’s previous order enjoining her from moving to Cincinnati. Also, she allegedly warned she would make false sexual assault allegations against the father. Moreover, Kalanu escalated the conflict by physically and verbally attacking Ryan while he was holding R.C.

In addition to re-opening the evidence, the trial court issued a 22-page order that awarded primary custody to the father and required the mother pay $20 per week in child support.

On appeal, the Court of Appeals affirmed Miami Superior’s ruling to re-open the evidence and award primary custody to the father. However, it reversed the award of child support in Kalanu Carter v. Ryan Carter, 21A-DC-2395,  finding the trial court did abuse its discretion.

On appeal, Kalanu argued she should not have to pay $20 each week because the adjustments to the calculation of her child support exceeded the obligation amount. Her basic child support obligation was $141.91. The child support worksheet contained a $161.41 adjustment which included a $118.28 adjustment for R.C.’s portion of mother’s weekly health insurance premium and a $43.13 parenting time credit for mother’s 96 to 100 overnight visits with R.C.

“That is what happened in this case,” Judge Rudolph Pyle wrote for the court. “Because Mother’s adjustments, including her payment for R.C.’s portion of Mother’s weekly health insurance premium and her parenting time credit, exceed her recommended child support obligation, the trial court abused its discretion when it ordered Mother to pay Father $20 per week in child support.”

In a footnote, the appellate court also rebuffed the mother’s argument that father should pay her $20 per week. The Court of Appeals, again, cited to Grant, 868 N.E.2d at 804, where the Indiana Supreme Court explained the custodial partner could be ordered to pay child support payments to the noncustodial parent if the trial court concluded “it would be unjust not to do so.” But in the Carter case, the appellate panel held Miami Superior’s decision not to order father to pay mother was within its discretion.