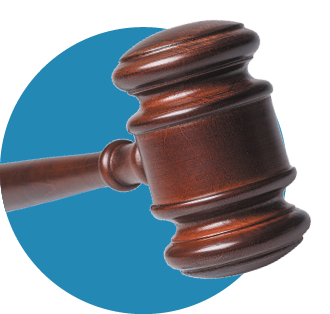 The Court of Appeals of Indiana has found for a board of zoning appeals in a fight over whether the replacement and relocation of the supporting posts allowed a freestanding sign to keep its nonconforming status under a local ordinance. But one appellate judge dissented, arguing the sign company should have been given the opportunity to make changes to comply with the local rules.

When an April 2020 storm damaged four wooden poles of a sign located in Noblesville, Reagan Outdoor Advertising began the repair work. It started replacing the wooden supports with steel posts put into the ground about 18 to 36 inches north of where the original poles were located.

However, the city of Noblesville’s director of planning and development issued a stop work order, in part, because the relocation of the supports caused the sign to lose nonconforming status. The city’s unified development ordinance prohibits “freestanding street graphics” supported by poles, but Reagan’s sign was allowed under the grandfather provision.

Since Reagan had moved the location about 3 feet and was using steel, rather than wooden, poles, the department maintained the outdoor sign no longer had a legal nonconforming status.

Reagan unsuccessfully appealed to the Noblesville Board of Zoning Appeals. After it received the board’s denial, the sign company filed a verified petition for judicial review of a zoning decision.

As the parties acknowledged, the ordinance does not define “relocation” so the trial court relied on the dictionary to determine the definitions of “moved” and “relocate.”

Hamilton Superior then found Reagan’s actions did not violate the ordinance. Because the new steel supports were inches away from the old wooden poles and the sign was never affixed to the new posts, the sign was not relocated and it could not be considered “new.”

The majority of the appellate court faulted the trial court for focusing on the “temporary” nature of the movement of the sign components. But, the panel noted, “the temporary nature of the activity leading to a permanent placement” was not enough for Reagan’s sign to maintain its nonconforming status under the ordinance.

Also, the majority pointed out Reagan did not just maintain the structure but swapped out different materials for the supports.

“The NBZA reasonably concluded that Regan’s activities – consisting of employing an excavator, chopping wooden posts, removing a graphic face, placing the graphic face on the ground, and erecting new steel posts 18 to 36 inches to the north – constituted ‘relocation’ of the Sign under the UDO,” Judge Mark Bailey wrote for the majority. “This determination was entitled to a presumption of correctness and the trial court erred in vacating the NBZA decision.”

Chief Judge Cale Bradford dissented from the majority. He concurred the trial court erred in reversing the NBZA’s decision, but he argued the matter should have been remanded. The trial court should have been instructed the direct the NBZA to give Reagan the opportunity to maintain its nonconforming status by following the procedure established in the ordinance.