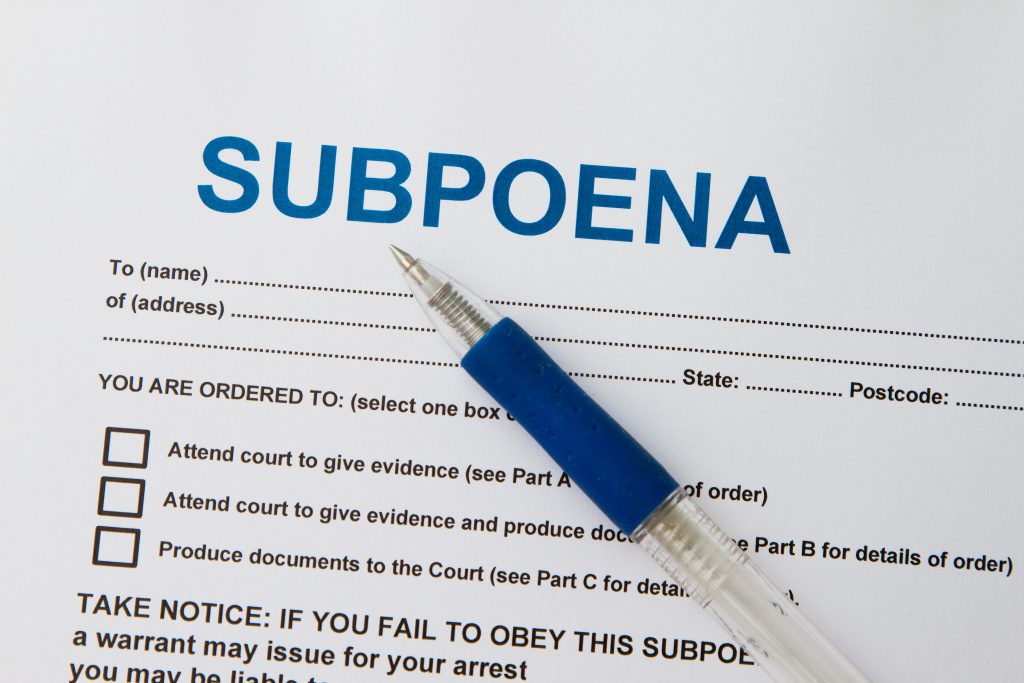 Special counsel Jack Smith has subpoenaed local election officials in Wisconsin, Michigan, Arizona and Pennsylvania, asking for communications with or involving former President Donald Trump, his 2020 campaign aides and a list of allies involved in his efforts to try to overturn the results of the election.

Smith is overseeing the Justice Department’s investigation into the presence of classified documents at Trump’s Florida estate as well as key aspects of a separate probe involving the violent storming of the Capitol on Jan. 6, 2021, and Trump’s efforts to remain in power.

The subpoenas, some of which were first reported by The Washington Post, are the clearest indication yet that Smith’s work will include an examination of the fake electors that were part of Trump’s efforts to subvert the election count and certification. All the states where requests were sent are states that Trump and his allies targeted.

In Pennsylvania, for instance, Trump’s campaign sued unsuccessfully in court to try to overturn President Joe Biden’s victory, while his allies organized a Trump slate of electors to send to Congress. Trump and his supporters also repeatedly contacted top Republican lawmakers, at times asking about using the GOP-controlled Legislature to give lawmakers the power to overturn the election. They refused.

The subpoenas, two of which were obtained by The Associated Press, request “any and all communications in any form” between June 1, 2020, and Jan. 20, 2021, “to, from, or involving” Trump, his campaign, lawyers and aides, including former campaign officials like Bill Stepien and Justin Clark and lawyers John Eastman, Boris Epshteyn, L. Lin Wood, Sidney Powell and former New York Mayor Rudy Giuliani.

In Wisconsin, Milwaukee County Clerk George Christenson said he received a subpoena on Monday and is working with the county’s attorney to comply with the request as soon as possible.

“I don’t see any issues with it,” he said. “Many of those names aren’t familiar to me, so I don’t know how many of those individuals did reach out to us. For example, I don’t recall receiving anything from Rudy Giuliani. I think I would have remembered that. But who knows.”

Christenson said he hoped the documents would help with the investigation, but he didn’t expect to turn over anything that hasn’t already been made public.

“I don’t expect to find any smoking gun,” Christenson said.

Dane County Clerk Scott McDonell said he received a similar subpoena Dec. 1, asking for communications he had with “the gang of people you would sort of expect.”

McDonell said the only person on the list that his office had interaction with was Jim Troupis, Trump’s Wisconsin-based attorney. Trump paid for a recount of ballots cast in Milwaukee and Dane counties, the two largest Democratic counties in Wisconsin, following the 2020 election. Troupis spearheaded the legal effort not to count tens of thousands of ballots cast absentee in that election, including his own.

McDonell said he didn’t expect his response to the subpoena to reveal anything that “hasn’t been covered in the past.”

“I don’t have any stories of Trump calling me at dinner like the other guys,” McDonell said.

In Michigan, Secretary of State Jocelyn Benson confirmed that Wayne County had received a subpoena from Smith but did not provide additional information on what it was seeking.

“We welcome and support the work of any law enforcement agency working to ensure full accountability for efforts to illegally overturn the fair and accurate results of Michigan’s 2020 election,” Benson said in a statement sent to The Associated Press.

Trump’s efforts to overturn the 2020 election in Michigan centered on Detroit’s convention hall, which is located in Wayne County. Trump falsely claimed poll workers there “were duplicating ballots,” and an unsuccessful lawsuit by his campaign on Election Day forced election workers to temporarily halt the tallying of votes in the state’s largest city.

Another lawsuit was filed by several attorneys, including Trump allies Powell and Wood, on behalf of six Republican voters who wanted a federal judge to decertify Michigan’s results and impound voting machines. The judge declined, calling the request “stunning in its scope and breathtaking in its reach.”

Angela Benander, a spokesperson for the Michigan Department of State, said the department wasn’t aware of any other counties being issued subpoenas from Smith.

The county, which includes the Phoenix area and more than 60% of Arizona voters, had been a centerpiece of Trump’s efforts to overturn the election and cast doubt on the results.

Trump allies tried to pressure Republicans on the county board of supervisors not to certify his loss in 2020, and when they did so, continued trying to reach them as Congress prepared to tally the electoral votes on Jan. 6. Clint Hickman, then the chairman of the board, dodged calls from the White House operator, who left voicemails saying the president was trying to reach him.

In Pennsylvania, Allegheny County, the state’s second-most populous and home to Pittsburgh, received a subpoena as well, a spokesperson confirmed. The Pennsylvania Department of State, along with several jurisdictions targeted by Trump’s campaign in 2020 — Philadelphia and Bucks and Montgomery counties — declined to comment on whether they’d received subpoenas, too.

In addition to the DOJ, Fulton County District Attorney Fani Willis has also been investigating whether Trump and his allies illegally tried to interfere in the 2020 election in Georgia.