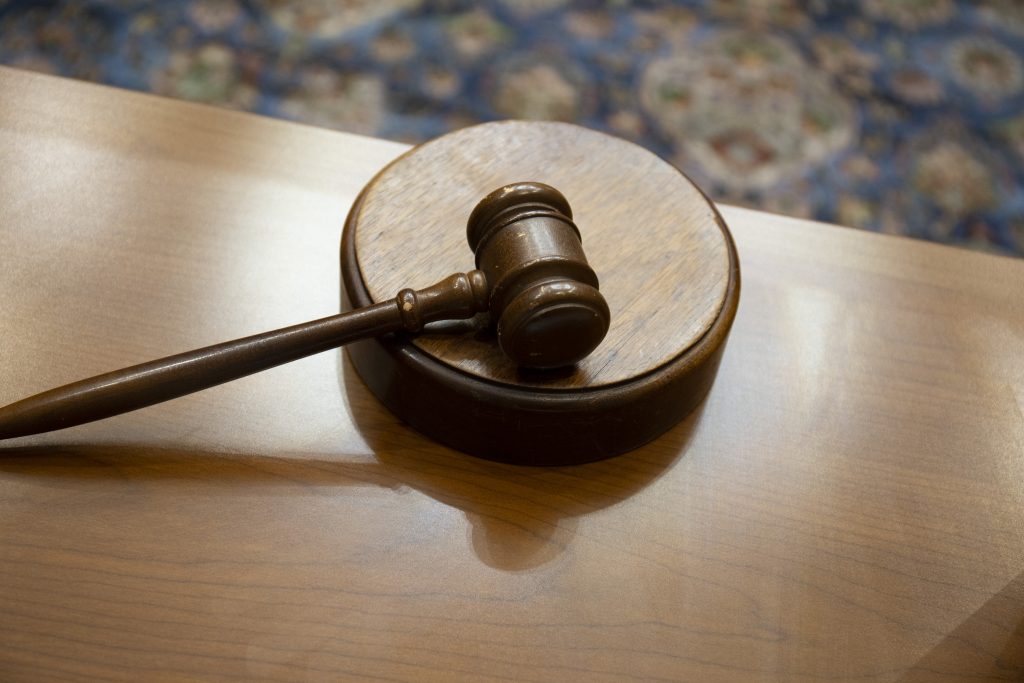 The Indiana Northern District Court is honoring longtime Magistrate Judge Andrew P. Rodovich with a courtroom named in his honor.

The southwest third-floor courtroom of the United States Courthouse in Hammond has been named The Andrew P. Rodovich Courtroom, the district court announced Friday. A formal naming ceremony will be held Feb. 24, and a plaque and portrait of Rodovich have already been placed outside the courtroom.

“Judge Rodovich is one of the most respected, well liked, and accomplished judges in the circuit,” Indiana Northern District Chief Judge Jon DeGuilio said in a news release. “He is very highly regarded for his ability to conduct trial and achieve resolution of disputes among litigants.”

Immediately prior to taking the federal bench, Rodovich was the chief deputy prosecutor in Lake County from 1979-May 1982. He also practiced with the Hammond firm of Hand Muenich and Rodovich and served as a referee in Hammond City Court in 1978.

Statewide, Rodovich was honored with the Sagamore of the Wabash in 2002 and was named Indiana Trial Judge of the Year in 2013.

“He has served both our district and the Northern District of Illinois for many years with great distinction,” DeGuilio said in the news release. “I have been honored to know him for over forty years, during which time he has served as a mentor and a wonderful colleague. The dedication is a very fitting tribute.”

The resolution honoring Rodovich will be formally presented to him at the Feb. 24 ceremony, which will begin at 2 p.m. CT at the federal courthouse in Hammond, 5400 Federal Plaza.