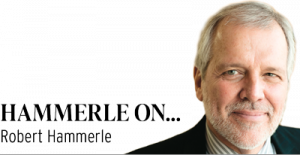 “All Quiet on the Western Front”

Based on the fascinating novel by Erich Maria Remarque (1929), this film describes the tragic horror story inflicted on five German students who enter the military during World War I. In German with subtitles, it is a remake of director Lewis Milestone’s classic film released in 1930.

Felix Kammerer plays Paul Baumer, a young German leaving school and family to represent the fatherland. In the process, he quickly joins the carnage on the Western front, where at least 3 million Europeans were killed between 1914 to 1918.

The film deals with the soldiers’ daily lives. They live largely in trenches, where they occasionally charge the enemy only to watch comrades ripped to pieces.

Slowly, Baumer watches his friends die. In the process, you will never forget the gut-wrenching performances of Albrecht Schuch as Stanislaus, Aaron Hilmer as Albert and Edin Hasanovic as Tjaden.

In particular, watch the end of this two-hour, 30-minute film where an armistice is reached on Nov. 11, 1918. However, given that combat won’t end until 11 a.m. that day, the German High Command orders a last-minute meaningless assault that will crush whatever belief remains in your hope for the human condition.

The film takes place in three parts meant to mock the super-rich of the world. The first part has some funny moments as you watch dating models end up in an argument over dinner. Carl (Harris Dickinson) can’t believe that Yaya (Charlbi Dean) won’t pay the bill after promising to do so. Been there, done that!

Unfortunately, the film gets progressively worse as you watch Part 2. Our couple are guests on a yacht for the wealthy. They all have made their fortunes in businesses ranging from fertilizer to grenades. Though they try to be funny, you quickly dislike all of them.

At the drunken ship captain’s dinner for passengers, a storm hits the boat that results in an extended scene of many of them puking. The only thing that will keep you from vomiting is that it at least helps you forget the regrettable performance of Woody Harrelson as the inebriated captain.

However, watching it in the evening at home forced me to turn off the film before Part 3 reached its two-hour, 27-minute conclusion. After the ship sank, a few of the survivors made it to an island. None of the wealthy know how to fish or make a fire, so the leader becomes a ship worker (Dolly De Leon).

The point of the film is the reversal of roles on the island. A toilet cleaner boat employee who lived below deck now has the rich survivors groveling at her feet. At that point, I had endured all I could take and went to bed.

Robert Hammerle practices criminal law in Indianapolis. When he is not in the courtroom or the office, Bob can likely be found at one of his favorite movie theaters preparing to review the latest films. To read more of his reviews, visit www.bigmouthbobs.com. Opinions expressed are those of the author.