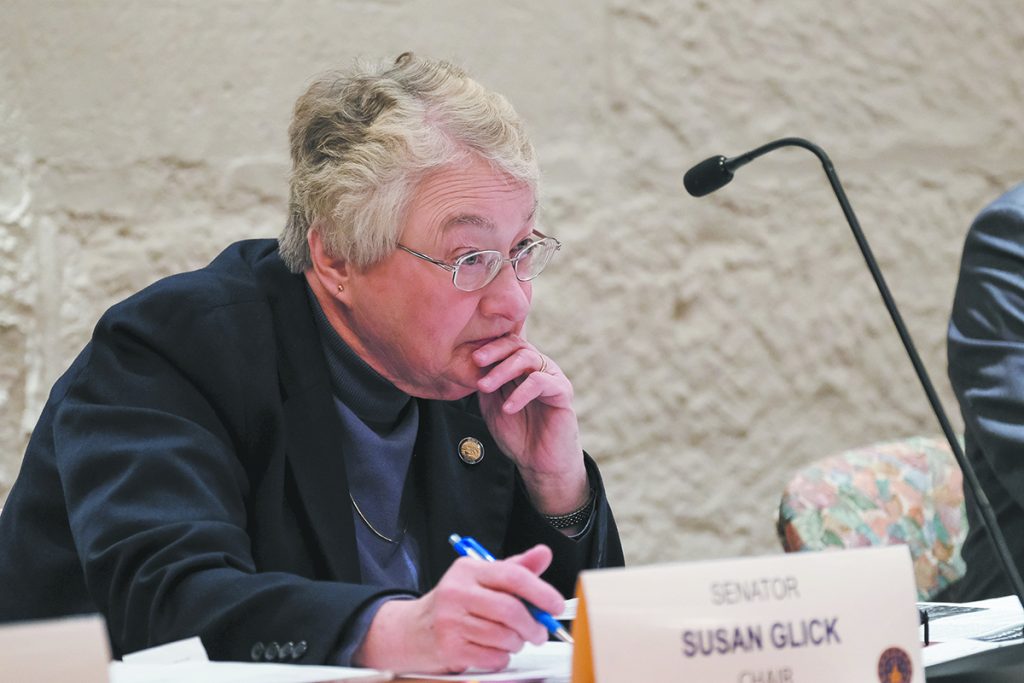 The years-long struggle between public and private rights along Indiana’s Lake Michigan shoreline continues, even as the state marks the two-year anniversary of a landmark Indiana Supreme Court decision that ruled in the public’s favor.

The fight over access to the shore is back in court, this time in the Northern District of Indiana, where lakefront homeowners are asking a federal judge to set aside the February 2018 decision in Gunderson v. State. Meanwhile, bills filed in the 2020 Indiana General Assembly either would have codified Gunderson’s public rights or limited some of those rights.

Whether in the judiciary or the Legislature, the question is: How far do private property rights extend along Indiana’s Lake Michigan shore? The Indiana Supreme Court in Gunderson ended those rights at to the natural ordinary high water mark, as determined by the shore’s physical characteristics.

Whether the Legislature will pass a bill this year related to the shoreline fight remains to be seen. And with the federal litigation less than three months old, a judicial resolution likely isn’t coming soon.

Even so, the holding in Gunderson is the law. Though environmental advocates say the question is settled, the property-rights tug-of-war continues.

“If the Gunderson decision is right, they never owned that property,” Chris Kieser, an attorney with the Pacific Legal foundation representing the Pavlock plaintiffs, said. “But their deeds describe property below the ordinary high water mark, they’re taxed on it by Porter County and they gave away an easement to the federal government.”

The lakeshore deeds feature heavily in the debate, with owners insisting that if their deeds say their property extends to the lake, it must be so. If the shore below the OHWM was already in the public trust, why would they have given walking easements to the federal government?

But public-trust advocates liken the shoreline deeds to the deed to the Brooklyn Bridge.

In establishing the OHWM as the public trust boundary, the Gunderson court concluded the 1837 federal land patent underlying the Gundersons’ deed conveyed land only to the OHWM. Citing Shively v. Bowlby, 152 U.S. 1, 58, (1894), the court wrote that “[g]rants by congress of portions of the public lands within a territory to settlers thereon, though bordering on or bounded by navigable waters, convey, of their own force, no title or right below the high-water mark, and do not impair the title and dominion of the future state.”

“You can’t own any more land than what is passed to you initially,” said Jeff Hyman, an attorney with the Conservation Law Center. Hyman represented the Alliance for the Great Lakes and Save the Dunes in Gunderson. Save the Dunes has also moved to intervene in Pavlock.

According to Gunderson, the lakeshore property owners never owned the land below the OHWM. Thus, Glick’s bill sought to codify the definition of that mark for the benefit of law enforcement.

The bill was met with equal parts support and opposition, both fierce. An hours-long meeting of the Senate Natural Resources Committee, which Glick chairs, resulted in the bill’s passage, but it was never called for second reading in the Senate.

Speaking with Indiana Lawyer, Glick said there was significant concern that, as alleged in Pavlock, property owners would be losing rights if SB 325 was enacted. Several proposed amendments amounted to what she called “philosophical differences” on the property rights issue.

“The hard part is for the individuals who will be enforcing this law,” Glick said. “… We were trying to establish generally where this is and where it is not so that people don’t take liberties.”

Kieser of the Pacific Legal Foundation did not support SB 325, but PLF did support the original form of House Bill 1031, a Lake Michigan bill authored by Rep. Doug Miller, R-Elkhart.

But the Pacific Legal Foundation withdrew its support of HB 1031 when the House Judiciary Committee amended it so that, according to Kieser, “the language that reaffirms private property interests described in non-fraudulent deeds” was eliminated. Also eliminated, Kieser said, was “language recognizing private ownership below the OHWM.”

Hyman called HB 1031 “a total disaster” in its original form, though he said the committee amendment removed what in his view was “the most egregious” portion of the bill. Even so, he said there were “serious problems” with HB 1031, including the definition of recreational activities.

Though HB 1031 was amended on second reading, it never received a final vote in the Indiana House of Representatives. Miller declined to speak with Indiana Lawyer about HB 1031.

One of the amendments proposed to HB 1031 in the House would have required Indiana, “to the greatest extent possible,” to follow the laws of Michigan, Illinois and Wisconsin. That amendment, proposed by Miller, failed.

Hyman, however, said there’s a key difference between how Indiana and other Great Lakes States have treated their shoreline public-trust property.

Illinois, Wisconsin, Minnesota and Michigan, for example, chose in the 1800s to judicially pass ownership of their shoreline as an economic development effort, Hyman said. Even with that private ownership, those states still recognize public rights up to the OHWM, he said.

But Indiana never passed ownership, Hyman said. The Pavlock plaintiffs, however, argue that according to 19th century precedent, as well as writings and the actions of the federal government at the time, “it was universally recognized that private owners … owned the dry beach to the (ordinary high water mark) … .”

The plaintiffs are seeking declaratory judgment and an injunction against the enforcement of Gunderson. The Indiana Attorney General’s Office, representing the state defendants, has moved to dismiss Pavlock, arguing the plaintiffs do not have an actionable claim and are precluded by sovereignty interests from bringing the action.

The likely legislative resolution to the shoreline question will be a task force, Glick told Indiana Lawyer.

But Pat Sharkey, an environmental lawyer who argued Gunderson on behalf of the Long Beach Community Alliance, noted none of the task force members — which must include six lawmakers — are required to represent constituents living along the shore. She views the amendment as a way to take away local government authority over regulation of lakeshore properties.

Sharkey pointed to language in the amendment that gives the Department of Natural Resources and the Natural Resources Commission authority over the placement of seawalls. Some homeowners have built seawalls below the OHWM, she said, essentially removing any space for public access.

The amendment would also give homeowners the ability to remove sand or unwanted vegetation from their property. Already, Sharkey said, owners are bulldozing dunes to get a better view of the lake.

But the owners argue they need seawalls to protect their properties from erosion, and they need the ability to maintain their beaches as they see fit.

As the tug-of-war continues, Sharkey has a prediction of where the parties will end up.