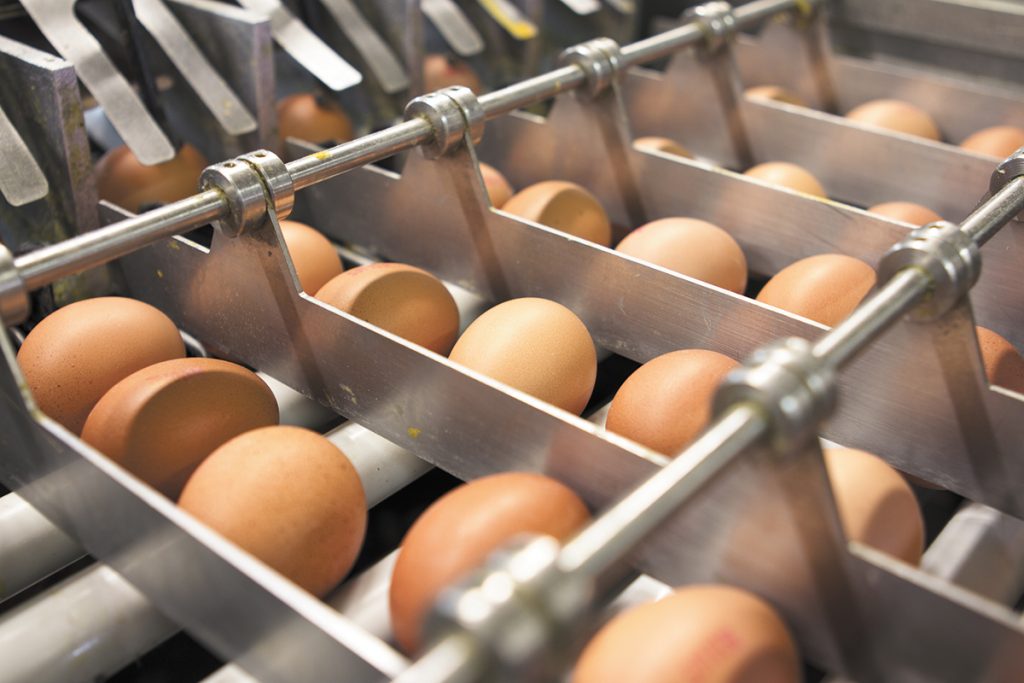 Less than a month after an Indiana jury delivered a $1.46 million verdict against Evansville-based Rexing Quality Eggs, the contract dispute was still going, with the parties arguing at the 7th Circuit Court of Appeals over the return of plastic egg packing materials.

The fight between Rexing and Rembrandt Enterprises, an egg supplier in Iowa, involved an agreement to buy more than 100 million cage-free eggs, a poultry market recovering after a historic bout of avian flu, and settlement talks that faltered. But at its heart, said Rembrandt attorney Alain Baudry, this was much like any other lawsuit about a breach of a commercial contract.

Rexing entered into a contract with Rembrandt in 2016 to purchase 12 truckloads of cage-free eggs, the equivalent of 3.24 million eggs, per week for one year, according to court filings. The parties agreed to a price of 85 cents per dozen, with a discount that kicked in if more than 8.5 % of the eggs did not meet Grade A standard.

When the first shipment of eggs arrived at the end of September 2016, Rexing was planning to resell 11 weekly loads to Hickman’s Family Farms in Arizona. But Rexing and Hickman never had a binding agreement, only a letter of intent, so when Hickman increased its own production of cage-free eggs at the same time it was facing a decrease in demand, the Arizona company stopped buying from Rexing, according to the court.

The supply-and-demand squeeze that Hickman felt was mirrored by the overall market as the American agricultural industry recovered from the largest poultry health disaster in US history. During 2014 and 2015, more than 50 million birds died as avian influenza swept through flocks of chickens and turkeys, according to the US Department of Agriculture.

Egg production in the summer of 2015 averaged 10% below 2014, while the benchmark egg price in the 2015 May through December period soared 61% over the previous year, the USDA reported. The price for consumer eggs neared $2.50 a dozen, and for processing eggs used by commercial buyers like restaurants and bakers, the price came close to $3 a dozen.

In 2016, the egg production returned to more typical levels, but prices were volatile. The USDA reported that not only did prices fall sharply, but demand was lower because domestic commercial buyers had reformulated their recipes to use fewer eggs.

Without Hickman, Rexing scrambled to find another buyer, but ultimately, in May 2017, it took steps to cancel its contract with Rembrandt. The Iowa supplier balked, saying Rexing was obligated by the agreement to purchase the eggs. Still, in June, Rexing started refusing loads from Rembrandt.

This was not the only problem between Rexing and Rembrandt. Soon after the shipments began, Rexing was complaining about the quality of the eggs, court papers say. It asserted the quality was running between 81.6% and 82.6%, rather than the 91.5% quality called for in the contract.

Rexing filed its complaint in August 2017, seeking to be excused from the contract because of the “significant and unexpected” reduction in demand, and to be awarded damages for Rembrandt’s alleged breach of express warranties caused by the quality issues. Rembrandt responded with a counterclaim that Rexing breached the purchase agreement.

Settlement negotiations broke down and the dispute end in a two-day trial at the Winfield K. Denton Federal Building and US Courthouse in Evansville. The jury awarded Rembrandt $1.46 million. Adding in the $60,059.91 the district court found Rexing had underpaid by miscalculating its discount, the award reached over $1.52 million.

Baudry said he was pleased with the work the jury did. “I think they did their job very well,” he said.

Rexing’s trial counsel, James Johnson, partner at Jackson Kelly PLLC in Evansville, declined to comment on the verdict. He said his client is still evaluating whether to appeal.

A piece of the Rexing-Rembrandt saga continued Dec. 3 before the 7th Circuit Court of Appeals. Rexing filed a separate complaint against the egg supplier in January 2019, demanding $725,425 for the “thousands” of egg shipment materials it claimed Rembrandt had kept when their relationship ended.

The Southern Indiana District Court dismissed the complaint, Rexing Quality Eggs v. Rembrandt Enterprises, Inc., 3:19-cv-00031, on the grounds that Rexing should have raised those claims in the first lawsuit.

Rexing appealed. Likewise, the 7th Circuit panel seemed skeptical of the Evansville company’s argument that Indiana law does allow two claims to be based on the same evidence.

Johnson maintained that the second Rexing lawsuit is seeking tort damages under a diversion and deception theory. This is distinct from the first Rexing case, which sought warranty damages under a contract theory.

“Isn’t that exactly what claim splitting is about?” Judge David Hamilton asked. “That is, I have my contract claim, I have my tort claim, I want to bring those in two different lawsuits. The whole point of the doctrine is to say, ‘No, bring them all at once.’”•