After seven-plus years of litigation, the Indiana Supreme Court has ruled in favor of a Marion man seeking the return of his seized white Land Rover. The majority justices concluded Thursday that Tyson Timbs met his high burden of showing that the harshness of his vehicle’s forfeiture was grossly disproportionate to the gravity of his underlying drug dealing offense and culpability for the vehicle’s misuse.

The case of State of Indiana v. Tyson Timbs, 20S-MI-289  has come full circle after winding through the appeals process, starting at the trial court and going as far as the U.S. Supreme Court. It began in 2013, when Timbs was convicted of drug dealing and conspiracy to commit theft. 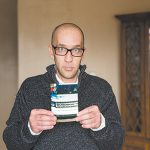 The state seized Timbs’ Land Rover after he was arrested during a controlled buy. After two rounds of appeals, the trial court ordered its return in April 2020.

In its latest involvement in Timbs’ case, the Indiana Supreme Courtheard oral arguments in the case for the third time in February. Then, the state urged the high court to reconsider the proportionality test developed in October 2019 for examining forfeitures under the Excessive Fines Clause. The state argued instead that the court should focus primarily on the question of whether the property to be forfeited is an instrumentality of the crime.

Likening the voyage of Timbs’ case to that of Captain Ahab’s chase of Moby Dick, Indiana Chief Justice Loretta Rush in a Thursday opinion noted that several points have come to light in the case, starting with the fact that the vehicle’s forfeiture is subject to the Eighth Amendment’s protection against excessive fines. That came after Timbs took his case to SCOTUS on the question of whether the Eighth Amendment’s Excessive Fines Clause applied to the states.

To stay within the limits of that clause, Rush wrote, the forfeiture of Timbs’ vehicle must meet two requirements of instrumentality and proportionality.

Addressing the proportionality inquiry of whether the harshness of the Land Rover’s forfeiture was grossly disproportionate to the gravity of his dealing crime and his culpability for the vehicle’s misuse, Rush and justices Steven David and Christopher Goff rejected the state’s request to overturn precedent, citing “no compelling reason to deviate from stare decisis and the law of the case.”

“Today’s ruling is an important victory for property rights across Indiana,” said Sam Gedge, an Institute for Justice attorney representing Tyson. “As the Indiana Supreme Court correctly recognized, Indiana’s campaign to take Tyson’s car is just the sort of abusive forfeiture that the Excessive Fines Clause is designed to curtail. The State of Indiana has spent nearly a decade trying to confiscate a vehicle from a low-income recovering addict. No one should have to spend eight years fighting the government just to get back their car.”

The majority justices first acknowledged its agreement with Timbs that the state failed to explain why it should depart from the principles of stare decisis and the law of the case to overturn its previous decision.

“Ultimately, (State v. Timbs (Timbs II), 134 N.E.3d 12, 27 (Ind. 2019))’s adoption of the gross-disproportionality analysis was based on a number of reasons — signals from the U.S. Supreme Court that proportionality was a necessary piece of the excessiveness inquiry for in rem fines; the recognition that almost all courts have rejected the State’s proposed instrumentality-only test; the fact that modern in rem forfeitures are divorced from their historical roots; and the text and history of the Excessive Fines Clause. Nothing persuades us that those reasons now, a mere nineteen months after Timbs II was handed down, lack merit,” Rush wrote.

The justices concluded that their independent application of the Timbs II gross disproportionality framework led it to the same conclusion as the Grant Superior Court that Timbs met his burden. It similarly reached the same conclusions as the trial court after independently evaluating Timbs’ culpability, the harshness of the punishment and the severity of the offense.

“Although this Court acknowledges several flaws in the trial court’s order, our de novo proportionality analysis leads us to largely share the court’s view on the challenged Timbs II considerations,” Rush wrote. “Specifically, in light of the undisputed facts, we also conclude that, while Timbs was very blameworthy for the property’s misuse, the in rem fine was overly harsh, and the dealing crime was of lesser severity.”

In finding that the forfeiture of the Land Rover was significantly more punitive than remedial, the majority noted that contrary to the state’s claim, the trial court did not endorse a blanket rule that if a crime didn’t have a discernible victim, then a forfeiture must be grossly disproportionate.

“Rather, the trial court’s analysis focused on a fact that even the State’s brief seems to acknowledge: Timbs’s crime did ‘not involve specific injuries to specific victims,’” Rush wrote.

The majority further pointed out that other factors revealed the purpose of the use-based in rem forfeiture was to significantly punish Timbs, including the extent to which the vehicle’s forfeiture would remedy the harm caused; the Land Rover’s market value; other sanctions imposed on Timbs; and the effects the forfeiture will have on him.

“… (W)e agree with Timbs and the trial court: the severity of the underlying offense was minimal,” Rush continued, cautioning, however, that the high court does not endorse a view that Timbs’ criminal activities were “victimless.”

The majority maintained that its conclusion in the case “will not upend forfeitures in Indiana.”

“To the contrary, the Timbs II proportionality framework is factually intensive and dependent on the totality of the circumstances. Nothing compels a different drug dealing case, with different facts, to automatically be decided in favor of the claimant just because Timbs cleared the high threshold to show gross disproportionality,” Rush wrote.

Although concurring in the judgment, Justice Geoffrey Slaughter wrote separately to highlight his “deep concerns” with what the high court’s excessiveness test means and how lower courts will apply it in future cases.

“That is the nature of the beast — malleable contextual standards often produce variable results, an inevitable and incurable flaw with totality-of-the-circumstances tests,” Slaughter wrote. “… Viewed charitably, these tests reflect the reality that individual judges have different values and apply their values differently to reach differing legal results. Viewed cynically, these tests allow judges to reverse engineer the desired outcomes.”

The majority acknowledged Justice Slaughter’s concern in a footnote, writing that “totality-of-the-circumstances tests have been — and continue to be — used in many contexts.” It added that there is no reason to believe that, in applying the Timbs II framework, judges will engage in “eye-of-the-beholder jurisprudence.”

Dissenting from the majority, Justice Mark Massa parted ways with opinion’s holding that the forfeiture was grossly disproportionate. He declined to join the opinion’s characterization of “the tenacity of three different elected attorneys general as being akin to Ahab’s monomaniacal pursuit of Moby Dick.”

“Much of the State’s briefing urges a reconsideration of our holding in (Timbs II), adopting a proportionality rather than instrumentality test when applying the Eighth Amendment to in rem forfeitures,” Massa wrote in a separate opinion. “The Supreme Court of the United States has never answered that precise question; perhaps now it will have another opportunity to paint a brighter line, thanks to the State’s persistent advocacy.”

In a news release, Timbs said his case has been important not just for himself but for thousands of people involved in forfeiture lawsuits, stating: “The State’s refusal to give back my car has never made sense; if they’re trying to rehabilitate me and help me help myself, why do you want to make things harder by taking away the vehicle I need to meet with my probation officer or go to a drug recovery program or go to work? I hope that, finally, the government will move on and let me move on too.”

Indiana Lawyer has reached out to the Office of the Indiana Attorney General for comment on the Supreme Court’s ruling.