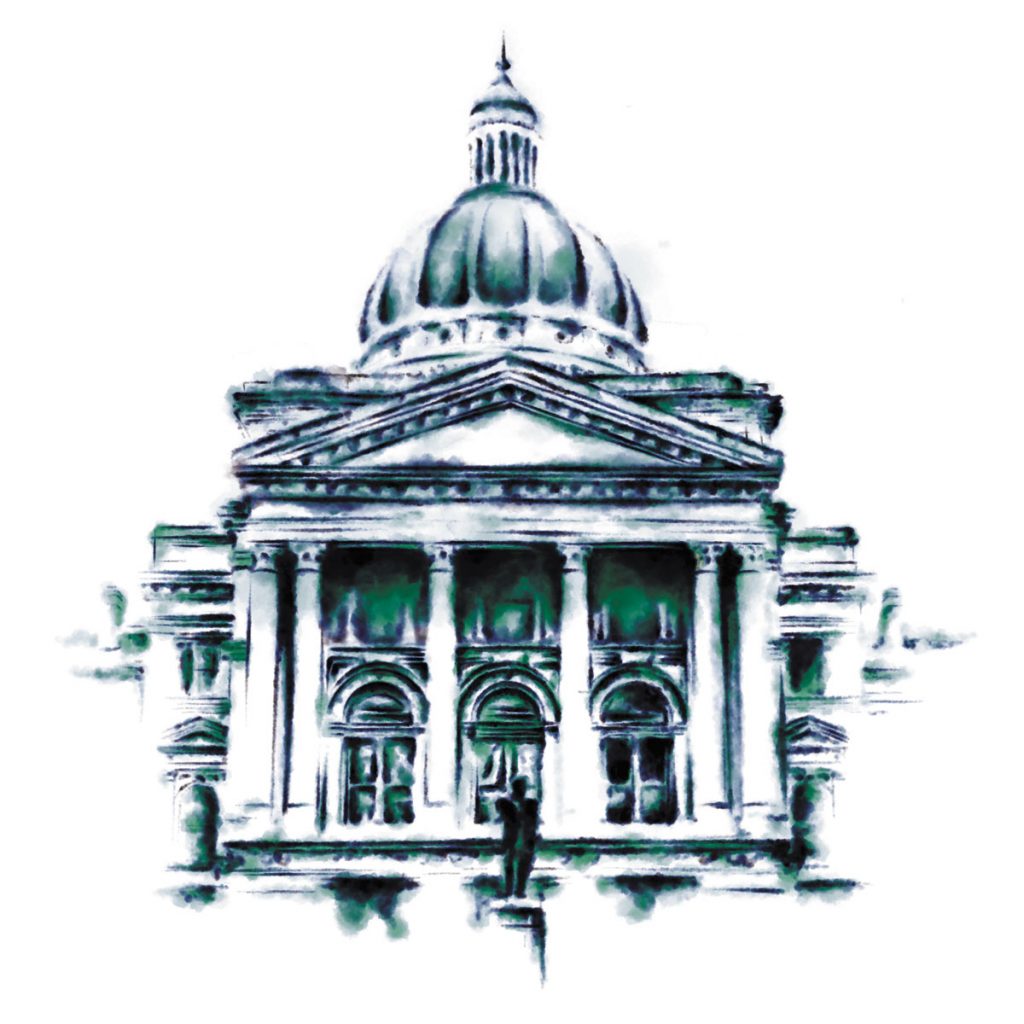 Motivated by a Lake County recorder who did not show up for work for more than a year, the Indiana General Assembly took an unusual step during the 2021 session and created a narrow pathway for local governments to remove one of their own instead of waiting for the voters to take action.

House Enrolled Act 1030 inspired much thoughtful debate as the legislators had concerns about overturning the will of the people and possibly setting off a round of tinkering that will, over time, make the narrow pathway wider. But the measure passed with little opposition and Gov. Eric Holcomb signed it into law April 29.

In introducing the legislation to the House Local Government Committee, Rep. Michael Aylesworth, author of the bill, explained the purpose was to fill a gap in the state law. The Indiana Code did not include a remedy for county elected officials who never appear at work.

The new law amends Indiana Code § 5-8-1-35, which already allows county councils and county commissioners to petition the local court for removal of a county officer who is collecting illegal fees or neglecting to perform the official duties. HEA 1030 adds a third reason, “failing to be physically present.”

Also, the law establishes a process under I.C. § 36-2-8.7 by which councilors and commissioners can petition the local trial court to remove either the local auditor, treasurer, recorder, surveyor or assessor for not being “physically present in (his or her) office during regular office hours for a reasonable amount of time each month.”

Jonathan Hughes, partner in the Utilities and Municipal Law Group at Bose McKinney & Evans LLP, does not anticipate the new law will be used much because it very specifically applies to only certain county officials who do not show up at the office.

Though not frequent, inquiries about removal do crop up. Hughes estimated he gets a call once every three to five years from a county or city government official somewhere in Indiana asking about the ability to boot another elected official from office. The reasons for wanting the person out range from not doing the job, not doing as much work as needed and not being in the office enough.

Indiana has more elected local offices than appointed, and their duties often cover the same area, which, Hughes said, helps spur the questions about removal. As he noted, the auditor and treasurer both handle financial matters and the treasurer and assessor deal with tax obligations. When these officials work well together, the counties benefit, but problems can come when personalities clash or disagreements arise.

Much of the time, the local governments and Legislature have relied on elections to resolve the problem of public officials who are doing the public’s work. Hughes said voters are still the final arbitrators, but this law gives local officials a tool if excessive absenteeism is harming the ability of the county to serve its residents.

“(HEA) 1030 attempts to strike a balance between being accountable to the voters and being accountable when there isn’t an election to at least be present in the office,” he said. “I don’t think the burden is that high to come into the office if you’re one of the elected officials.”

The situation in Lake County that resulted in HEA 1030 involved the former county recorder, Michael Brown, who during his second term in office did not appear at work for 18 months. He told county officials he was staying away to spare the employees in the office from having to deal with the fallout from a sexual harassment lawsuit that had been filed against him. Eventually the case was settled for $185,000.

Democratic Lake County councilman and former state representative Charlie Brown (no relation) chaired the council’s subcommittee that investigated the matter. The councilor remains skeptical of the recorder’s explanation, believing instead the county officeholder may have been working at another job.

Although the county was able to get Brown to appear at the recorder’s office more often, it had few other options to fix the problem. The new law will give counties the ability to directly address the absenteeism.

Still, Charlie Brown worries the ambiguous language in HEA 1030 could enable county officials to use the new law as a weapon against their political rivals. Specifically, because the statute neither defines “reasonable amount of time” nor designates who determines what “reasonable” is, the law could become a weapon to boot opponents by claiming that the time they spent being in the office was not reasonable.

“I would not want us fellow elected officials making determinations about what is reasonable,” Brown said.

The Association of Indiana Counties had similar concerns. Originally, the bill gave the power to remove directly to the councilors and commissioners, but the association successfully convinced the legislators to modify the measure.

In committee hearings, AIC Executive Director David Bottorff advocated for altering the bill so that the final decision to remove remained with the courts.

“Our intention was to make sure it is the judge who makes the decision and not another county elected official,” Bottorff said of removal. “… It should be a very high standard to overturn an election.”

The Indiana Supreme Court’s 2019 ruling in Indiana v. Beth Neff, 18S-IF-478, demonstrated the judiciary does have a high bar for removing an official from elected office. In that case, after a series of audits of Yorktown’s financial records uncovered several deficiencies and errors over multiple years, the Delaware County prosecutor filed a petition to get rid of clerk-treasurer Neff.

While the Indiana Court of Appeals ruled Neff should be removed, the justices held that her failure to carry out three of her duties — completing reconciliations, following the State Board of Accounts’ directions and adopting and using certain accounting and financial systems — did not have a significant impact on the day-to-day operations of the office.

“In other words, the fact that Neff failed to reconcile accounts and follow the SBOA’s directions had no impact on the ability of a Yorktown resident to pay his or her water bill,” Justice Christopher Goff wrote for the court.

Will of the voters

Recalling the frustration over the county recorder, Republican Lake County Council member Dan Dernulc said the situation was embarrassing and gave the county a black eye. Just about the only penalty the county had available was reducing Brown’s annual salary to $1, but that kind of change could not have been implemented until the new budget year.

He pushed the Statehouse to craft a remedy but conceded he would have a difficult time voting for removal.

“I’m a big believer in the electorate choosing who they want,” Dernulc said, “but sometimes there are extenuating circumstances like not showing up for work.”

The Indiana Association of County Commissioners echoed Dernulc’s belief in letting the ballot box handle any no-show county official. Stephanie Yager, executive director, could only remember one situation that had local officials contemplating removal. But otherwise, she said, rarely have county commissioners felt they needed to take action because the duties of a particular office were not being performed.

“Voters really need to step in and make a change if there’s an issue,” Yager said.

Yet Mark Levin, clinical associate professor at Indiana University O’Neill School of Public and Environmental Affairs, questioned the deference to the will of the voters when turnout is low and sometimes the margin of victory is small.

He pointed out HEA 1030 added to an existing law rather than introducing a new idea and did not impose any draconian measures like imprisonment or fines. Instead, it clarified the expectation of attendance and created a system that requires a “whole lot of elected officials” to agree to petition the court to remove a county elected official.

“This law … hasn’t been tested,” Levin said. “So until one or more courts rules and it works its way up perhaps as far as the Supreme Court, we can’t be certain what it means.”•