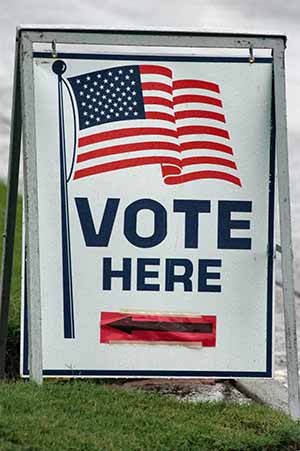 State lawmakers around the country introduced thousands of bills to change the way elections are run after former President Donald Trump blamed his 2020 loss on voter fraud. Hundreds became law.

Even with proponents of Trump’s election claims roundly defeated during this year’s midterms, advocates on both sides of the voting debate are bracing for another round of election-related legislation. Republicans are eager to tighten election rules further while Democrats, who took control of two additional statehouses, will seek to make it easier to cast a ballot.

Minnesota’s newly reelected Democratic secretary of state, Steve Simon, said he had spoken to several secretaries of state who are eager to push for changes in voting. Losses by election-denier candidates in top races have emboldened some Democrats to champion expansions of voting rights.

“Voters spoke loudly and clearly about what they wanted and didn’t want, both in regard to this office and all these other issues,” said Simon, who defeated a Republican challenger who parroted some of Trump’s claims about the 2020 election.

Democrats won majorities in both houses of the Minnesota Legislature in November, giving Simon a good shot at enacting changes. He said he expects to urge lawmakers to adopt automatic voter registration and allow high school students to pre-register.

States routinely make adjustments in their voting laws — some subtle, some dramatic. But experts have never seen an explosion of legislation like that which followed the 2020 presidential election, when more than 3,600 election bills were introduced, according to the Voting Rights Lab, which tracks the legislation.

Liz Avore, senior adviser to the group, said 22 states in the last couple of years expanded access to the ballot, 10 created new restrictions and five expanded access in some ways while creating new barriers in others. This, she said, has created a divide in the U.S. in which “your ZIP code determines your access to our democracy.”

That divide seems likely to grow next year. Legislatures won’t convene until January at the earliest, so it’s unclear how many bills are being drafted and on which subjects. But Texas, where the Legislature meets only once every two years and lawmakers can “pre-file” drafts of legislation for the upcoming session, offers a preview.

The Associated Press has identified nearly 100 election-related legislative proposals already filed in the state, both to increase access to the ballot box and to restrict it. This includes one that would allow the state’s top lawyer to assign a prosecutor focused on election crimes, testing the boundaries of a court ruling earlier this year that said the attorney general did not have the authority to prosecute election crimes.

Another would assign a group of peace officers to serve as election marshals who investigate claims of election-related missteps. That would follow the lead of Florida, where officers in a special unit assigned to elections have already made a handful of arrests — including of people who mistakenly thought they were eligible to vote under a 2018 constitutional amendment restoring voting rights to some felons. Critics have labeled the unit a political tool of the governor.

Matt Simpson, a senior attorney at the American Civil Liberties Union of Texas, said current election legislation proposed in the state, such as increasing criminal penalties for election crimes and creating election marshals, is “extreme” and “very intimidating” for voters. He said those approaches are primarily political and don’t solve actual voting-related issues, such as high rejection rates of mail ballots and ballot applications due to widespread confusion on the identification numbers necessary.

“It is certainly the case that Texas elections do not have widespread fraud,” Simpson said. “These bills, these concerns that are raised, are solutions in search of a problem.”

The reliability of Texas’ elections was underscored by the release earlier this month of an audit by the secretary of state’s office. The 359-page audit of the 2020 election in the state’s two largest Democratic counties and two largest Republican ones found some “irregularities,” but they were largely related to holding an election during a pandemic.

“In most cases, the audit found that the counties followed their procedures and clearly documented their activities,” the audit says.

Ohio is another Republican-controlled state where lawmakers continue to push for restrictions.

The state is likely to draw national attention next year after Republicans indicated they might try again to place on the May ballot a measure requiring a 60% majority for any future constitutional amendments to pass. That provision could limit the ability of Ohio voters to rein in gerrymandering or otherwise counter the majority-Republican Legislature, such as by codifying the right to an abortion.

Republicans failed to muster enough votes during December’s lame-duck session to place the higher threshold for passing amendments on the ballot, but they did pass a sweeping election law overhaul. The bill adds a photo ID requirement for voters and provides them for free, codifies a directive requiring one ballot drop box per county and eliminates early voting on the Monday before Election Day — county officials had said it interfered with their final preparations. The legislation also shrinks the window for receiving mail-in ballots after the election from 10 days to four.

Republican state Sen. Theresa Gavarone said taking steps to tighten access to the voting booth and speed vote counting are aimed at improving the “perception, confidence and integrity” in elections.

“Folks, perception matters,” Gavarone said. “Whether you want to believe it or not, the goal should not just be to secure our elections, but it’s imperative that we give people doubting the results of our elections reason to participate in them.”

The office of Republican Gov. Mike DeWine said he was reviewing the legislation.

Democrats are readying their own pushes, especially in two states where they won control of the legislatures and retained the governorship: Michigan and Minnesota.

Michigan voters not only gave Democrats control of the state Legislature, they also passed Proposal 2, a sweeping ballot initiative that expanded early and mail voting. Democrats already are preparing to strengthen the measure in the legislative session.

“There will need to be quite a bit of implementation legislation next term, and I look forward to working with the Legislature and the governor’s office to enact this,” Ingham County Clerk Barb Byrum, a Democrat, said in an interview.

In Minnesota, Simon said he also wants to increase penalties against threatening or interfering with election workers. He said he’ll push a range of other reforms, including pre-registering high schoolers so they can quickly join the voting rolls upon turning 18. Younger voters lean Democratic, but Simon said he’s not trying to promote his party.

He said he merely wants to make the electorate more reflective of the population, a goal he also pushed when the statehouse was split between Republicans and Democrats.

“These are reforms that will benefit everyone,” he said.