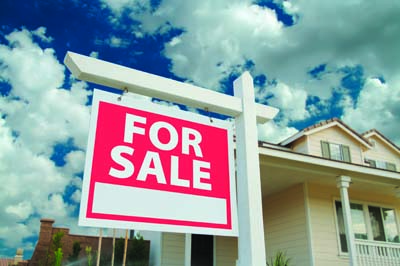 On the home page of the National Association of Realtors’ website is the link to the spotlight.

The tab takes visitors to information about a settlement reached last fall with the U.S. Department of Justice over the association’s practices, which the federal government claimed reduced competition among real estate brokers and led to lower quality of service for residential homebuyers and sellers.

However, according to the Justice Department, buyer brokers were able to mislead buyers into thinking their services were free. The concealment enabled buyer brokers to avoid showing homes with lower commissions, which hurt buyers by making it less likely they would be matched with the house that best fit their needs and deterred sellers from reducing the amount they paid to their brokers.

As a result, the DOJ saw the practice as raising the prices for buyer broker services while reducing the quality of those services.

The NAR did not admit to any liability, wrongdoing or truth to any of the Justice Department’s allegations. But as part of the settlement, the association has details of the agreement readily accessible on its website and is changing its rules so that the compensation offered to buyers’ agents for each MLS listing will be made public.

Real estate attorney Robert Aplin of Scott & Aplin LLC in Fort Wayne has not had clients contacting him with concerns about their real estate agents’ commissions, but he is not surprised by the settlement between the Realtors Association and the federal government. The issue has been roiling in state and federal courts until finally the DOJ got involved.

Aplin expects the agreement will bring transparency to the homebuying and selling process, but changes will not happen overnight.

“I think it’s incumbent on the buyer side to make sure large brokers are highly encouraged to show all the homes, … not just the ones on the MLS or the ones offered by the other large brokerages in town,” Aplin said. “(Consumer demand) is the only way this really turns.”

The residential real estate market continues to sizzle. Data from the Indiana Association of Realtors highlighted that across the Hoosier state, 96,028 homes were sold in 2020, a 6.4% increase over 2019. The median sales price was $185,000 in 2020, a 9.5% increase over the previous year.

The market does not appear to be cooling. Although as the IAR noted, January is usually a slow month for real estate, closed home sales jumped 9.9% in the opening month of 2021 compared to the same period in 2020. The median sales price skyrocketed 15%.

Aplin has witnessed the hyperactivity in his community. Sellers are getting the asking price within 24 hours of the home being put on the market and bidding wars offering more than the value of the home are breaking out 48 hours later.

On top of sales of existing homes, construction of houses in new developments are blooming on former farm fields. Aplin said people are moving from their “affordable, moderately priced” dwellings into new homes that may be priced higher than they are worth because of the “insanely high” cost of building supplies.

Aplin pointed out in this market, real estate brokers do not have to accept lower commissions and sellers are trusting their agents will offer a very competitive rate. Yet a slowing of demand might invite consumer scrutiny.

Families trying to sell their homes in a down market could look for ways to reduce their costs, which would include limiting the commission paid to their real estate brokers, he said. The transparency coming with the DOJ settlement would allow consumers to possibly negotiate with their agents or find a broker who will take a lower commission.

This, in turn, might bring market forces into play and make real estate brokers more responsive to the economic conditions.

In addition to the Justice Department’s action, a couple of lawsuits over NAR’s practices are moving through the federal courts, including one in the Northern District of Illinois, Eastern Division.

The Illinois antitrust action, Christopher Moehrl et al. v. The National Association of Realtors, et al., 19-cv-01610, echoes the allegations in the DOJ complaint but focuses on home sellers. Plaintiffs describe the NAR as engaging in a conspiracy with the other defendants to saddle sellers with all the costs when part should be paid by the buyers.

Like the DOJ complaint, the Illinois lawsuit claims the defendants violated Section 1 of the Sherman Act. The two motions to dismiss filed by the defendants were denied in October 2020. Citing Agnew v. Nat’l Collegiate Athletic Ass’n, 683 F.3d 328, 335 (7th Cir. 2012), Judge Andrea Wood found the plaintiffs cleared all three hurdles required to state a claim under Section 1, including an unreasonable restraint of trade.

“Further demonstrating the anticompetitive effect of the Buyer-Broker Commission Rules is this the stability of commission rates over the years. Indeed, between 2000 and 2017, total commission rates remained in the 5.0 to 5.4 percent range. … Such ‘[u]nusual and sustained pricing stability is not expected in a competitive market,’” Wood wrote, citing In re Dairy Farmers of Am., Inc., Cheese Antitrust Litig., MDL 2031, 2013 WL 212908 at *5(N.D. Ill. Jan. 18, 2013).

About a month after Wood issued the order in Moehrl, Judge Timothy Kelly of the U.S. District Court for the District of Columbia signed the proposed Stipulation and Order that was submitted as part of the settlement reached by the Department of Justice and the National Association of Realtors.

The agreement requires the NAR make changes to its code of ethics and MLS policies. In a video statement posted on the association’s website, 2021 NAR president Charlies Oppler discussed the settlement and emphasized the organization disagrees with the Justice Department’s allegations.

“While our rules and policies have created a competitive and efficient market that benefits homebuyers and sellers, we sometimes engage with government entities to ensure that NAR’s rules are kept current and promote those goals,” Oppler said. “Grounded in our commitment to act in the best interest of buyers and sellers, we regularly update our rules and policies to protect consumers and provide transparency.”

Aplin believes the changes to the NAR practices could have a positive impact. Notably, the revised rules could increase competition by opening the door for discount real estate brokers to enter the market, which would give consumers another option.

“I’m a capitalist,” Aplin said. “Everybody deserves to make a buck. It’s just that buck needs to be honestly earned through transparency.”’•