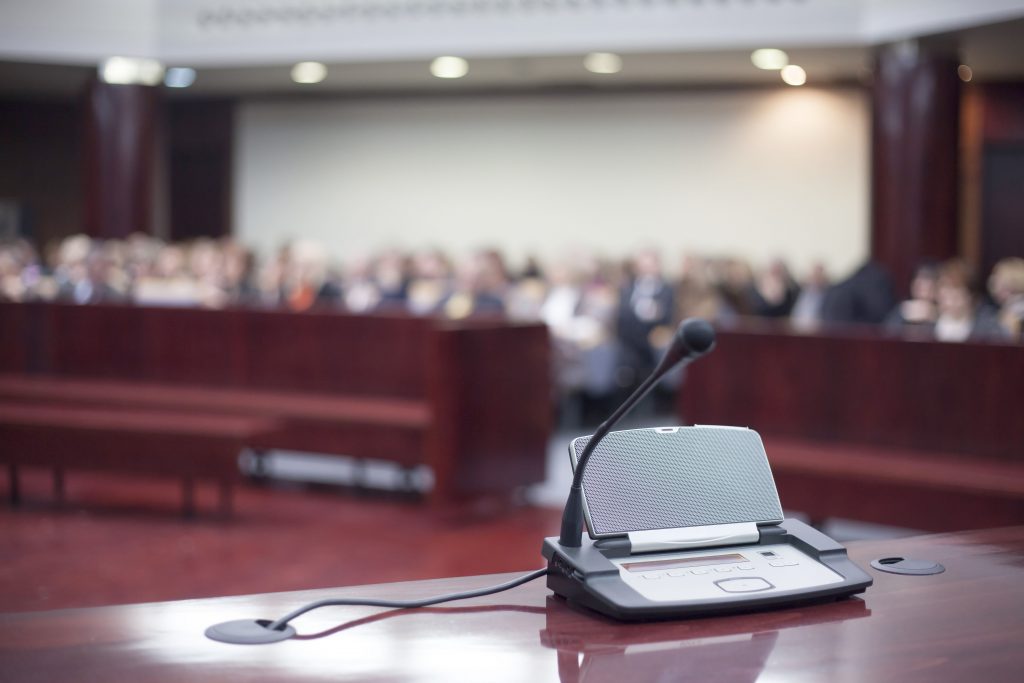 A one-year-old law is before the Indiana Court of Appeals, which is considering whether the Legislature properly placed restrictions on when defense attorneys can take a deposition of a minor child alleged to be a victim of a sex crime.

In the case of Donnie Louis Sawyer v. State of Indiana, 20A-CR-1446, an appellate panel is considering a challenge to Senate Enrolled Act 206, codified at Indiana Code § 35-40-5-11.5. The bill, passed during the 2020 session of the Indiana General Assembly, prohibits defense counsel from deposing an alleged child sex abuse victim under 16 unless the prosecutor agrees. If the prosecutor does not agree, a court can still authorize the deposition if the alleged victim will be unavailable for trial, or if “extraordinary circumstances” exist.

Prosecutors and the bill’s author say the legislation is necessary to protect victims of child sex abuse. Prior to the law, Indiana was one of five states without such protections, according to Sen. Mark Messmer.

Defense lawyers, however, opposed the legislation in the Statehouse and are now supporting the defendant challenging the amended statute. From their perspective, the law gives the state easy access to a child accuser while preventing the accused from fully researching the case.

The appellate panel, consisting of Judges Nancy Vaidik, Elaine Brown and Elizabeth Tavitas, heard arguments in Sawyer on April 28. The judges peppered both parties with questions about trial rules, legislative authority and even constitutionality.

“It could ultimately land at the Supreme Court to make a determination on whether the statute can stand or not,” Messmer, the Jasper Republican who authored SEA 206, said. “The trial rules take precedent over any statutes found to be in conflict.”

Mark Kamish, the defense lawyer representing defendant-appellant Donnie Sawyer, argued before the appellate panel that I.C. 35-40-5-11.5, as amended under SEA 206, conflicts with Indiana Trial Rules 26 and 30. Rule 26, in particular, sets the only proper limits on depositions, he said.

Kamish also raised a separation of powers argument, claiming the Legislature had “overstepped its own boundaries set for itself” via I.C. 34-8-1-3.

“Very specifically, the General Assembly abrogated some of its possible rights when it wrote, ‘The Supreme Court has authority to adopt, amend, and rescind rules of court that govern and control practice and procedure,’” Kamish told the appellate panel, citing the statute.

“By previously enacting Indiana Code section 34-8-1-3 in 1998, Indiana’s General Assembly highlighted that separation of powers by codifying the doctrine that rules of court practice and procedure fall within judicial authority … ,” he wrote in the appellant’s brief.

Finally, the defense raised a due process claim, arguing the state would have greater access to a child sex crime victim than the person accused of the underlying crime. The state, however, said that argument was overstated.

McLean also countered the separation of powers argument, claiming instead that the General Assembly has authority to enact “substantive protections” via statute, which is what was done in SEA 206. He defined “substantive” as anything going beyond a time, place and manner regulation by outlining duties and rights.

“The trial court did not err in requiring Sawyer to proceed according to Indiana Code Section 35-40-5-11.5 in deposing two child victims,” McLean wrote in the appellee’s brief. “Section 11.5 embodies substantive interests created by the risk of psychological and emotional trauma from repeated exposure to trial-like environments and protects child victims to the extent possible by ensuring those risks are not needlessly incurred. The Trial Rules do not overwrite this judgment, which the trial court respected.”

According to Messmer, the Indiana Public Defender Council was the only group to oppose SEA 206 during the 2020 session. But Assistant Executive Director Michael Moore said there was good reason to do so.

Echoing Kamish, Moore said SEA 206 “bleeds into the power of the judiciary” by stepping on the trial rules. He said there is a trend in the Legislature of trying to take over local government functions, and SEA 206 has a similar effect.

But Messmer said he pulled the concept of SEA 206 from a bill in the 2019 session so he could confer with Indiana Chief Justice Loretta Rush and the Indiana Judges Association. Judges were concerned that the language introduced in 2019 did not leave them with enough discretion, he said, but the association was satisfied with the language enacted the following year.

What’s more, the senator said, he had conversations with Rush, who felt “comfortable” with how the legislation would work alongside the trial rules.

“She agreed that the issue of depositions of child sex abuse victims needed some attention,” Messmer said.

Moore also echoed Kamish’s concern about limiting a defendant’s access to an accuser. Taking away that tool, he said, could force a defendant to essentially proceed blindly in a case without the opportunity to “test” the strength of the allegations.

But Courtney Curtis, assistant executive director of the Indiana Prosecuting Attorneys Council, said the state does not routinely bring alleged child sex abuse victims in for multiple interviews. Instead, children will speak with a forensic interviewer who is trained to work with minor victims, she said.

What’s more, Curtis continued, the statute is not absolute – defendants can depose an accuser if a court finds “extraordinary circumstances.” Those “circumstances” were intentionally left undefined to give defendants more latitude, she said.

But Moore is not convinced. In addition to a forensic interview, he said child sex abuse victims are often asked by the state to participate in a hearsay hearing, which is a closed proceeding where an attorney takes the child’s statement on record. That statement can be played at trial regardless of if the child is available.

As for the “extraordinary circumstances” provision, Moore said the lack of definition actually creates an issue. A prosecutor can simply object, he said, which is routinely done.

The trial rules, by contrast, have parameters for when a protective order should be in place, Moore continued. That’s a better way to determine when “extraordinary circumstances” are present.

Finally, Moore rejected the argument that defense lawyers take child depositions simply to harass or scare an accuser. In his experience, defense counsel only ask for such depositions if they can’t get the necessary information through any other means.

Curtis, however, said the goal should be to protect the children from repeated trauma.

“It’s just unconscionable to have children disclose the most private, horrifying piece of information and not be able to protect them from the amount of people who can harass them,” she said.

Kamish and McLean faced extensive questioning from all three judges on the Sawyer panel. Tavitas, in particular, struggled with the due process issue, saying she would feel more comfortable with the statute if it applied equally to the state.

Vaidik recalled that in her experience taking depositions, she could easily file a protective order to protect a vulnerable client. She also wrestled with whether the statute was procedural or substantive, noting court rules would prevail if it was the former.

Brown posed a more practical question: What information would a deposition of the alleged victim in Sawyer produce that was not uncovered in the forensic interviews? Kamish said such interviews are usually limited to the specific issues the prosecution is interested in: What happened and who did it?

For his part, McLean argued the state often gets a “mixed bag” when dealing with victims – sometimes families are cooperative with the prosecution, and sometimes parents will pressure children into changing their stories. That reality, he said, helps defeat the due process argument.

The panel had not handed down a decision in Sawyer at IL deadline.•