The family of an 80-year-old woman who was raped and murdered at an Indianapolis nursing home alleges in a lawsuit that her death was the “inevitable result” of poor staffing and “horrendous” conditions at the nursing home.

A Lake County man charged with multiple rapes 35 years after they occurred failed to convince the Court of Appeals of Indiana that his due process rights were violated and that the decadeslong delay was unjustified.

A northwestern Indiana youth is facing rape charges for allegedly assaulting a classmate during a school active shooter drill.

A Lake County man charged with rape 35 years after the incident allegedly occurred will present oral arguments before the Court of Appeals of Indiana next week.

Indiana State Police identified a now-deceased man on Tuesday as the suspect who raped and killed three women in Indiana and Kentucky in the late 1980s as they were working night shifts as motel clerks.

A man linked to a series of sexual assaults in central Indiana more than 30 years ago by his DNA on an envelope for a utility bill payment was sentenced Friday to 650 years in prison.

A man convicted of rape and battery against his ex-girlfriend in state court has failed in his bid to win habeas relief at the federal level. 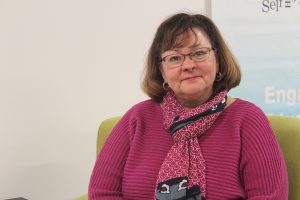 A new change expanding Indiana’s more than 200-year-old rape statute has garnered praise from advocates of sexual assault survivors and prosecutors alike for spelling out different ways that “no means no.” But even some proponents of the change say the law still lacks an explicit definition of “consent.”

COA affirms convictions of man who attempted to rape granddaughter, but remands for clarification

While the Court of Appeals of Indiana didn’t overturn a Logansport man’s convictions for attempting to rape his granddaughter, the Cass Circuit Court will need to go back and clarify the record on his judgment and sentencing.

A father convicted of sexually violent acts against his adult daughter could not convince the Court of Appeals of Indiana that his 12-year executed sentence should be reduced. Rather, the appellate court found that the facts would support the imposition of a longer sentence, although it declined to do so.

A bill that seeks to redefine rape and consent in Indiana is headed to the governor’s desk after state lawmakers gave it their final approval on Wednesday.

Erica Mandrell’s story of failing to convince a judge that her mental trauma qualified her for disability benefits is so common that her attorney said the denial reflects the “default culture” of the Social Security Administration.

The 7th Circuit Court of Appeals has overturned the denial of Social Security disability benefits for an honorably discharged female member of the U.S. Coast Guard who was raped by a fellow service member, finding the administrative law judge’s determination was not supported by the substantial evidence.

Prosecutor: Child rape suspect may have victims in 10 states, including Indiana

A man arrested on child rape charges last month in Tennessee could have victims in nine other states, a prosecutor said Monday.

Indiana convict who eluded police for 20 years arrested in Alabama

A man who eluded authorities for 20 years after skipping his Indiana trial on sex charges was arrested in Alabama, police said Monday.

A man charged Tuesday in a series of Indianapolis rapes allegedly targeted older women who lived alone and would spend hours assaulting them inside their homes, authorities said.

A youth minister and former volunteer coach has been arrested in Tennessee on child sex charges, authorities said.

The Supreme Court ruled Monday that prisoners who were convicted by non-unanimous juries before the high court barred the practice a year ago don’t need to be retried.

The U.S. Supreme Court on Monday rejected an appeal from a woman who says she was raped as a West Point cadet, with Justice Clarence Thomas alone arguing that the court should have heard her case.