The United States Supreme Court on Wednesday seemed ready to give college athletes a win in a dispute with Indianapolis-based NCAA over rules limiting their education-related compensation.

With the United States Supreme Court set to hear a college sports antitrust case next week, Indianapolis-based NCAA President Mark Emmert has informed a group of basketball players who started a social media campaign to protest inequities that he will meet with them after March Madness.

The city of Indianapolis has lost its appeal in years-long litigation against Hustler Hollywood, which has been trying for more than four years to open a store in the Circle City. The Indiana Court of Appeals on Friday upheld a lower court ruling ordering the city to issue permits to the adult entertainment company.

Several prominent players at the March Madness basketball tournament in Indianapolis took aim at the NCAA on social media Wednesday, demanding changes to how they are allowed to be compensated in the latest organized display of power by college athletes.

The Indianapolis-based NCAA’s efforts to allow athletes to earn money from personal endorsement and sponsorship deals are stuck in limbo, and June is shaping up to be a potentially busy and important month for college sports.

Developer may water ski but not build dock on lakefront property, COA rules

A developer who sold his property in the lakefront subdivision he developed cannot now build a dock on that lake, even though he has lifetime rights to ski there, the Indiana Court of Appeals affirmed in a Tuesday opinion.

The Indiana Supreme Court will hear arguments in two cases this week, considering whether to grant transfer to disputes involving college athletes and police interrogations.

For the first time in more than three decades, the Supreme Court will hear a case involving Indianapolis-based NCAA and what it means to be a college athlete.

The United States Supreme Court said Monday an antitrust challenge can go forward to the way the National Football League sells the rights to telecasts of pro football games.

A judge has issued an arrest warrant for former University of Evansville basketball coach Walter McCarty after he missed a court hearing in a civil lawsuit filed on behalf of a bank.

The Indiana Supreme Court has split over the denial of transfer in a case involving a horseback riding injury, with Justice Steven David publishing a dissent expressing concern that the “pendulum has swung too far” in sports injury cases.

The Indiana Tax Court has affirmed the Indiana Board of Tax Review’s final determination that reduced the assessment of a Grant County couple’s golf course land. The court could find no basis to find for the county assessor on appeal. 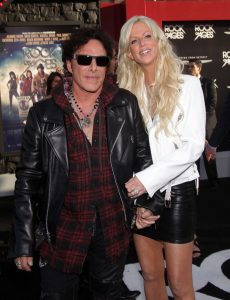 The wife of Journey guitarist Neal Schon could not convince the Indiana Court of Appeals on Friday that she was deprived of an opportunity to conduct additional discovery against the Allen County War Memorial Coliseum after a security guard there allegedly injured her during a concert by the rock band.

Memo: NCAA to furlough its entire staff for 3-8 weeks

The NCAA will furlough its entire Indianapolis-based staff of about 600 employees for three to eight weeks in a cost-saving move, according to memo obtained Wednesday by The Associated Press. 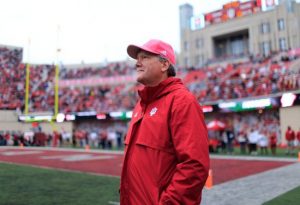 A horseman who claims he was injured after another rider’s horse got loose during training exercises at Indiana Grand Racing & Casino didn’t win, place or show Friday at the Indiana Court of Appeals.

Multiple individuals defrauded in a scheme perpetrated by an ex-Ohio State and Indianapolis Colts quarterback and his accomplice should receive money from the former player’s share of a national concussion settlement, an Ohio prosecutor argues.

A woman who suffered a brain injury after a horse-riding accident did not convince the Indiana Court of Appeals that the trial court was wrong in ruling for the renter of a horse-training arena.