A divided Indiana Court of Appeals panel ruled for three aerospace defendants in a negligence case brought by victims of a fatal helicopter crash that took place in Mississippi, finding Indiana has no personal jurisdiction in the matter.

A federal lawsuit against a northwestern Indiana city accuses one of its police officers of killing a 25-year-old African-American man who it says posed no threat during a traffic stop.

A wrongful death case will proceed to retrial after the Indiana Court of Appeals reversed the denial of a woman’s motion to strike a potential juror who expressed an unwillingness to decide the question of damages.

Though there is a dispute about who initiated an altercation between a psychiatric patient and his care provider that led to the patient’s death, the factual dispute does not change an earlier Indiana Court of Appeals determination that a wrongful death claim brought by the patient’s estate is subject to the Medical Malpractice Act.

An Indianapolis attorney who in the past three years was charged with indecency, public nudity and theft has resigned from the Indiana bar.

A southern Indiana man has been sentenced to more than 14 years in prison for a collision between a bus and a minivan that killed three people.

A state agency says a northern Indiana company was partly responsible for the death of a 43-year-old employee who was killed when welding equipment fell from a forklift.

The estate of a murdered teenage boy could not convince the Indiana Supreme Court that his school was negligent for his death. Instead, justices found the estate’s claims to be barred under contributory negligence law.

Judgments in favor of a hospital, insurance company and ambulance provider were affirmed Thursday in a wrongful death suit brought by a cystic fibrosis patient’s late husband. The woman died from pneumonia after a prolonged ambulance ride toward a lung transplant that ended up at the wrong hospital.

An Indianapolis attorney who was charged two years ago with indecency and public nudity after allegedly exposing himself to two high school girls basketball teams has been accused of taking more than $53,000 from a client. Raymond Fairchild has been charged with theft as a Level 5 felony for allegedly taking $53,226.35 from the proceeds of a client’s litigation settlement, according to a release from Marion County Prosecutor Terry Curry’s office.

The father of a 15-year-old boy who was killed in a car crash during a police pursuit is suing two police departments and an officer, alleging that “careless and negligent acts” on their part led directly to his son’s death.

A man’s estate could not convince an appellate panel that a psychiatric center where he was staying was liable for his death based on the theory of premises liability after he died from injuries sustained after he was kicked by an employee.

Survivors of the founder of the Indianapolis-based legal startup Case Pacer, who died after a fiery 2016 crash of a Tesla Model S, have filed a wrongful death lawsuit against the electric car maker, claiming the company built and sold a vehicle it knew was defective.

When does a component-part manufacturer owe no duty, as a matter of law, to install safety features that an injured party alleges are necessary? Indiana Supreme Court justices answered that question Monday, reversing judgment previously entered for a national motor company on a defective design claim after a man was crushed by a semi that had no rearview safety features.

An appellate panel considered Wednesday whether a healthcare facility employee’s act of kicking a resident, resulting in his death, could be shielded from liability under the Indiana Medical Malpractice Act. 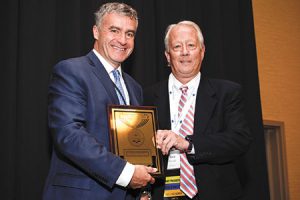 The Indiana Trial Lawyers Association’s top honorees for 2019 share something else in common: Before either of them passed the bar, they both got their starts working at the law firms where they would go on to highly successful careers as litigators. 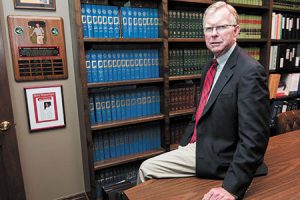 Whether claims from a deceased man’s estate allege facts that fall under Indiana’s Medical Malpractice Act after he died from a leg injury will be argued during an Appeals on Wheels oral argument Wednesday at the Indianapolis Jewish Community Center.

Even though the Indiana Department of Transportation declined to install a traffic signal at a Tippecanoe County intersection where a deadly crash later occurred, the Indiana Court of Appeals has upheld summary judgment for the department, finding it was immune from liability under the Indiana Tort Claims Act.