Diane P. Wood’s first day as the first female chief judge of the 7th Circuit Court of Appeals also was the first day of the recent government shutdown.

“It was quite sobering, really,” Wood said. Federal courts, like much of the government, faced the potential of wholesale changes, if not disruptions, in doing business. “The courts had literally two weeks worth of funds, so to speak, in the bank. 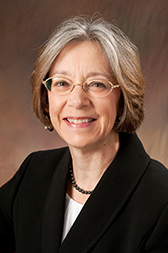 “This was requiring us to make some very tough calls about the core functions of the courts and how much we could postpone,” she said. “We were looking at a set of options that were all very bad options in some way and trying to pick the least intolerable.”

All of this after funding for the federal judiciary had taken multiple hits over the years, and budgets were further cut by the sequester this year. “There’s no low-hanging fruit left,” Wood said.

Sobering, too, is that Wood’s term as chief judge, which began Oct. 1, marked just the 12th time a woman would preside over a federal circuit. The 7th Circuit is among the last to have a woman chief.

“It’s largely a function of when women began to come onto the federal judiciary in large numbers,” said Wood, 63, who began her seven-year term as chief judge upon the completion of Judge Frank H. Easterbrook’s tenure.

“I’m of a generation where I was often the only woman in the room or the first to do this or that, and I’m glad that’s not the case anymore.” A New Jersey native who as a teenager moved to Texas when her father’s job relocated, Wood graduated from the University of Texas Law School with honors in 1975, clerked on the 5th Circuit U.S. Court of Appeals, and later for U.S. Supreme Court Justice Harry Blackmun.

She later taught law at the University of Chicago, where she remains on the faculty – the first woman with a chair named in her honor at the school.

Wood this month began a tour of courts of the 7th Circuit in Indiana, Illinois and Wisconsin with the intent of visiting them all and finding out what’s on the minds of her fellow judges and court staff.

“I think the most important thing I’m trying to focus on is looking forward in this world of constrained resources,” she said.

Wood said the courts have to embrace efficiencies that won’t compromise the Circuit’s reputation for industriousness. “If people in the bar or others have ideas about how we can use information technology or better structure proceedings, I am very eager to hear those suggestions.”

Wood said the court strives to issue reasoned and citable opinions and said doing so gives the public a better work product and also establishes the Circuit’s credibility among others seeking legal reasoning.

An appeal on patents

Wood recently advocated for fundamental reform of the patent appeals process, arguing that the exclusive jurisdiction enjoyed by the Federal Circuit in Washington, D.C., might not be ideal.

“There are many instances in which, in the administrative area, people have a choice in going to the Federal D.C. Circuit or the regional Circuit,” she said. “Why not do the same thing with patent appeals?”

Patent appeals were moved to the Federal Circuit on the basis of legal complexity, but Wood doesn’t buy it. She said a similar argument could be made for antitrust, pension appeals or any number of areas of federal law.

“My view is there’s nothing special about patents in the sense of complexity that distinguishes them from anything else, and the system would be a healthier one if more people were involved in it,” she said.

“One loses the ability to develop an area of law when so few people are concentrated with it,” she said, noting a change would give the Supreme Court of the United States the benefit of viewpoints from the 12 circuits.

While Wood has been outspoken on patent appeals, she’s proceeding cautiously before considering changes in court functions and administration.

“When I became chief judge, I took to heart the medical profession motto, ‘First, do no harm,’” she said. “Our court has had some amazing chief judges and we are in excellent shape in many ways.

“Whatever I have in mind is probably not the most important question,” Wood said. “We are in an era of very strict budgetary constraints, and trying to keep the court as good as it has been within these limitations is a real challenge.”

Outside the Chicago federal courthouse, Wood often can be found in other venues.

“I very much enjoy music as a performer and a consumer of music, and I play oboe in several different orchestras and bands in the Chicago area,” she said. She’s a fan of the Chicago Symphony and Lyric Opera, among others, enjoys travel, speaks multiple languages and admits a guilty pleasure of reading books in the “Wheel of Time” sci-fi/fantasy series.

Of Wood’s three grown children – David, Kathryn and Jane Hutchinson – two pursued legal careers. Wood said Kathryn just finished a clerkship with the 2nd Circuit Court of Appeals. David, a graduate of Indiana University Maurer School of Law, is an associate in the litigation department at Jenner & Block in Chicago. Jane is pursuing an advanced degree in art history.

The 7th Circuit’s new chief judge said she’s pleased about the progress of gender equity in the legal profession by the time David and Kathryn attended and graduated from law school, but there’s still reason for concern.

“The world they live in is one where there are women partners they both worked with,” Wood said. “What isn’t as far along as I might have liked – and this affects both men and women – and that’s family-friendly policies in firms.”

Wood has received some attention not just as the first woman chief in the 7th Circuit, but also as the first in more than two decades appointed by a Democratic president. Wood was appointed by President Bill Clinton in 1995, but she believes too much is made of the political distinctions between her and former chiefs such as Easterbrook, Richard Posner and Joel Flaum, each of whom were Republican appointees and have built a reputation as conservative legal luminaries.

“If you look at the 7th Circuit, you’ll discover the political party of the appointing president is not really a reliable predictor” of how a judge will rule, Wood said, noting that the Circuit’s decisions result in few dissents. Unlike the Supreme Court, federal circuits can’t pick and choose cases they’ll hear, so judges are less likely to be split on ideological grounds, she said. She believes political distinctions among judges are distractions.

“It’s an extremely collegial court, and we take a lot of steps to keep it that way,” she said, including constantly shifting panels so the 10 current judges interact on multiple cases in the course of a year.

Wood was one of the few judges interviewed by President Barack Obama before he nominated Elena Kagan to the U.S. Supreme Court, and Wood’s name frequently is among those mentioned for future vacancies.

“I don’t even think about it at all,” she said. “It was a great honor to be considered back when I was, and it’s just one of those processes that people go through.”•