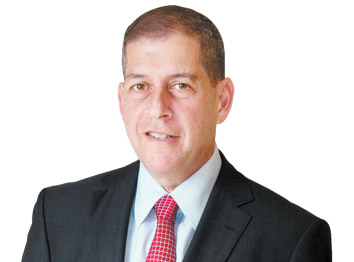 Barnes & Thornburg LLP announced Wednesday morning that the firm’s longtime managing partner will step down from his leadership role later this year.

Levin will remain with the firm under the title of chairman emeritus.

“This is something that I have given some thought to over the years,” Levin said about his decision to step down. “It’s always been important to me that I leave at the right time and make sure everything is in place at the appropriate time.”

Under Levin’s tenure as managing partner, Barnes & Thornburg has more than doubled in size, growing to nearly 600 lawyers in 12 cities nationwide. The firm’s total number of attorneys easily ranks it among the 100 largest firms in the country, National Law Journal rankings show.

But what differentiates Barnes & Thornburg from many other firms is that its growth has come gradually, by establishing roots in each city with just a few lawyers, rather than in big chunks through mergers or acquisitions.

Besides Indianapolis, the firm also has offices in cities including Atlanta, Chicago, Los Angeles, Minneapolis and Washington, D.C.

Levin joined Barnes & Thornburg in 1982 and serves as a trustee of The Indianapolis Foundation and the Central Indiana Community Foundation. He received a Leadership in Law Distinguished Barrister Award this year.

Grand, 58, is managing partner of the firm’s Indianapolis office. Firm partners elected Grand to succeed Levin and will select a replacement for Grand at the time of the change in leadership in November.

This is not the first time Grand will succeed Levin. He followed in Levin’s footsteps in 1997, when Levin ascended from managing partner of the Indianapolis office to overall leader of the firm.

Grand served as administrative assistant to former Indiana Lt. Gov. Robert Orr from 1979 to 1981 and also during part of Orr’s tenure as governor, from 1981 to 1982. He is former chairman of the Capital Improvement Board.