The Indianapolis pharmaceutical company said the suits mirror federal complaints in New York and South Carolina in which Lilly has prevailed on summary judgment. 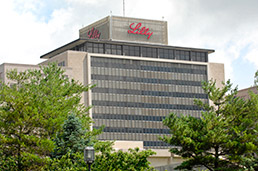 Lilly global communications director Scott MacGregor said in a statement the company is reviewing the complaints but could not comment on the pending litigation.

“Procedurally, this appears to be another attempt by plaintiffs’ counsel to manufacture a consolidated litigation after the denial of their petition in December to create a multidistrict litigation,” MacGregor said. “Lilly remains pleased that the (Judicial Panel on Multidistrict Litigation) denied that effort.”

The product-liability suits filed in U.S. District Court for the Southern District of Indiana claim Cymbalta, generically called duloxetine, is defectively designed. The complaints claim its short half-life in the body doesn’t allow patients to gradually decrease dosage without symptoms that may manifest in a day or less after users stop taking the drug.

The lawsuits also allege Lilly minimized the risks of withdrawal symptoms despite studies showing as many as 40 percent of patients had side effects when they stopped taking the medication.

“Lilly engaged in willful, wanton, and reckless conduct, including its defective design of Cymbalta and its failure to fully and accurately warn about the frequency, severity, and/or duration of Cymbalta’s withdrawal symptoms, all of which induced physicians to prescribe Cymbalta and consumers to use it,” the suits allege.

After taking Cymbalta for about a year and a half, DeCrane stopped taking the drug and claims this resulted in symptoms including mood swings, psychosis, “electric shock-like symptoms in her head, commonly known as ‘brain zaps,’” vertigo, suicidal thoughts, self-mutilation and violent outbursts. Huff alleged symptoms including  suicidal thoughts, dysphoria, waves of anxiety and “visual flashes of light which made him panic.”

On Feb. 27, a similar suit was filed on behalf of 21 patients, including one the complaint alleges attempted suicide after stopping use of the medication. Both cases are brought by the Los Angeles law firm Baum Hedlund Aristei & Goldman P.C.

The suits allege causes of action against Lilly including negligence, product liability, failure to warn, negligent misrepresentation and fraud. Patients seek past and future compensatory and punitive damages, legal fees and costs.

Introduced in 2004, Cymbalta registered sales of $3.9 billion in 2013, or nearly 20 percent of Lilly’s revenue, according to the suit. That was the same year Cymbalta’s patent expired. The drug once had annual sales of nearly $5 billion.

Cymbalta remains among market leaders in a class of pharmaceuticals known as serotonin and norepinephrine reuptake inhibitors. Along with its chief use as an antidepressant, Cymbalta is prescribed to treat generalized anxiety disorder, diabetic neuropathy, fibromyalgia and chronic pain.

“Lilly also agrees with the recent ruling by a federal district court judge finding that the Cymbalta label was adequate as a matter of law and that Plaintiff could not establish that the alleged failure to warn caused Plaintiff’s alleged injuries. In December 2013, a federal district court judge also granted summary judgment to Lilly in a case making allegations similar to these recently-filed cases,” MacGregor said.

“Lilly will continue to defend against these claims,” he said.