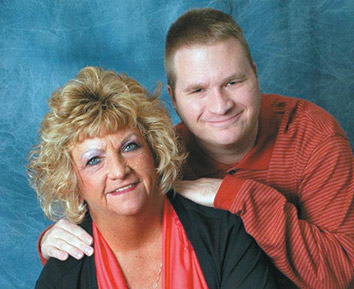 Since 2005, the Office of the Indiana Attorney General has represented state and appellate court judges in 118 federal cases. Most of those were allegations of deprivation of rights often brought by pro se litigants and were usually dismissed.

However, two judges and a magistrate judge in Dearborn County appear headed to trial in federal court on a discrimination claim arising from their decision not to provide a sign language interpreter for a courtroom spectator.

“I think this case is really important in all respects,” said the plaintiffs’ attorney Mary Vargas, attorney at Stein & Vargas LLP in Maryland. “This case is about access to the court. Everybody has a fundamental right to full and equal access.”

The plaintiffs, Steven Prakel and his mother, Carolyn Prakel, allege the state and county courts violated Title II of the Americans with Disabilities Act and Section 504 of the Rehabilitation Act of 1973 by denying Steven Prakel, who is deaf, a sign language interpreter while he observed his mother’s probation revocation hearings.

They named as defendants in their complaint the state of Indiana, the Indiana Supreme Court Division of State Court Administration, the chief justice and three county judges. In a ruling issued March 30, Judge Sarah Evans Barker of the U.S. District Court for the Southern District of Indiana dismissed the claims against the state defendants.

But Barker did leave for a jury to decide whether the remaining defendants – Dearborn Circuit Judge James Humphrey, Magistrate Judge Kimberly Schmaltz and Superior Judge Jonathan Cleary – exhibited deliberate indifference to Steven Prakel’s requests for someone to sign the court proceedings involving his mother.

Bryan Corbin, spokesman for the Indiana attorney general’s office, said the question of whether the Dearborn County judges “discriminated against” Steven Prakel will be determined in later legal proceedings.

In April 2012, the Prakels filed their initial complaint, Steven Prakel and Carolyn Prakel v. State of Indiana, et al., 4:12-CV-00045. Prior to Barker’s ruling, the parties had been in settlement conferences but were not able to reach an agreement. Vargas declined to discuss the talks, but both she and her co-counsel, Matthew Lorch, said the next step will be a trial.

The Prakels are also being represented by the National Association of the Deaf.

The Dearborn County defendants argued they were protected from the discrimination suit because of judicial immunity and immunity under the 11th Amendment.

Barker rejected both those arguments. She found judicial immunity is meant to cover personal defenses so the protection did not apply in this dispute because the court officers were acting in their official capacity.

As for the 11th Amendment, the defendants reiterated their earlier contention that Steven Prakel as a spectator was not covered by Title II of the ADA and therefore his claim was barred by the amendment. Barker, pointing to Tennessee v. Lane, 541 U.S. 509 (2004), held Title II as well as Indiana law provides the right to access criminal proceedings for all members of the public.

The District Court concluded the defendants failed to provide a sign language interpreter and did not present any evidence that supplying the assistance for Steven Prakel would have altered the proceedings or placed an undue burden on the county courts. Therefore, the Dearborn officials denied him the ability to participate in the state courts’ services.

She found Steven Prakel passed the first prong of the indifference test by proving the Dearborn defendants knew he needed an interpreter and that not providing him one would violate his federal rights.

Barker ruled the test’s second prong of whether the defendants deliberately failed in their duty to accommodate him was a question for a “reasonable jury” to decide.

Corbin said the attorney general’s office does not plan to seek an interlocutory appeal of any part of Barker’s ruling.

The Prakels’ claims against the state defendants were dismissed for lack of standing. The District Court found the plaintiffs did not show a causal connection between their injuries and the state’s conduct.

Moreover, Barker maintained Indiana does not have a unified court system. Even though the Indiana Supreme Court has promulgated a trial rule regarding compliance with the ADA, she held the state does not have any direct oversight over county courts. The Dearborn courts were the ones who failed to provide the interpreter.

The plaintiffs will take a closer look at that part of the ruling after trial and decide then whether to appeal, Vargas said.

He countered that Indiana does have a unified system because the rules and administrative orders issued by the state Supreme Court apply throughout Indiana’s judicial system.

“Very clearly the Supreme Court of Indiana and its associated administrative office, I think, does have statewide authority,” Hull said.

Separately, the plaintiffs’ attorneys are expressing outrage over an affidavit submitted by the defendants that was provided by Carolyn Prakel’s former defense attorney, Timothy Day. In the three-page document, Day discussed a phone conversation with Humphrey over the need for an interpreter and, according to the Prakels’ lawyers, the affidavit purports to disclose confidential attorney-client communications.

In addition, the plaintiffs’ counsel challenge the defendants’ argument that Carolyn Prakel did not tell the court her son needed an interpreter. She maintains that she repeatedly requested her attorney ask the court to provide the sign language assistance but Day instructed her not to speak in the courtroom unless specifically directed to do so.

Overall, Hull characterized Barker’s ruling as going against the tide.

Since the ADA was passed in 1990, opinions from the Supreme Court of the United States have cut back on the law’s reach by making it difficult to establish that a plaintiff is disabled, Hull said. In response to what Congress saw as the courts wrongly interpreting the law, Capitol Hill overwhelmingly passed an amendment to clarify the ADA in 2008. 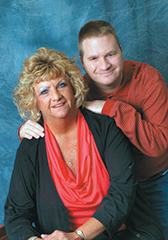 Steven Prakel, pictured with his mother Carolyn Prakel, is deaf and relies on sign language to communicate. (Photo submitted)

But the court decisions made after the amendment have been mixed, Hull said, which indicates the federal courts still have not gotten Congress’ message.

Here, Barker applied the disabilities law and found the plaintiffs have the right to sue. This case is now going to trial, Hull said, and that is important.

Barker did not allow the plaintiffs’ request for declaratory relief since that was not part of the original complaint. She agreed with the defendants that expanding the scope to require all state courts provide services for all deaf spectators would fundamentally change the litigation.

Deciding to file a complaint against the judges was a difficult decision for the Prakels, Vargas said. The plaintiffs have the “upmost respect” for the judicial system and part of that respect is making sure the courts are accessible.

“The goal of all of this is to gain access to the courts,” Vargas said. “My hope is certainly that after reading the decision from Judge Barker, the courts in Indiana will take to heart their obligation to provide access.”•