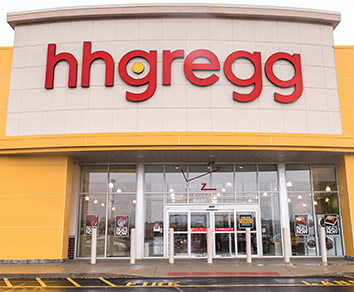 The Indiana Supreme Court will hear a case Feb. 23 in which a trial court and the Indiana Court of Appeals reached opposite conclusions about whether key HHGregg managers were entitled to incentive bonuses triggered by the company’s receipt of $40 million from an executive’s life insurance proceeds.

Dwain Underwood represents a class of about 70 high-level HHGregg employees who at the beginning of fiscal year 2012 were provided total rewards statements from the company. The statements said based on HHGregg’s earnings before interest, taxes, depreciation and amortization that they would be entitled to bonuses of $12,500 to $30,000 each if the company met EBITDA revenue targets.

HHGregg’s FY2012 proxy statement reported EBITDA of $143.5 million. Underwood claims that according to the revenue thresholds shown on the total rewards statement, this entitled the class of HHGregg managers to incentive bonuses of $25,000 each. This would mean a total outlay by HHGregg of about $1.75 million in bonuses.

But the managers’ incentive goal was only reached due to the $40 million in life insurance proceeds HHGregg received after the death of Jerry Throgmartin, who had served as the company’s executive chairman of the board.

While the company reported its EBITDA to be $143.5 million, it subtracted the life insurance proceeds as a one-time event. This produced an adjusted EBITDA of $103.5 million, a figure below the lowest incentive bonus target.

Former Marion Superior Judge Robert Altice, who since has been appointed to the Indiana Court of Appeals, ruled in favor of the managers, granting their summary judgment motion, but a panel of the Court of Appeals reversed and directed judgment entered for HHGregg.

Indiana University Robert H. McKinney vice dean and professor Antony Page said the case could serve as lessons in the contracts classes he teaches, including how the trial and appellate courts arrived at such opposing conclusions.

“There is a dispute between the trial court and the appellate court about the plain meaning of this contract,” he said.

Page said it’s not unusual that companies take out “key person” insurance for their own benefit and to compensate them in the event of the loss of that person. These policies are intended to help companies smooth over unintended problems that may arise. It is unusual, though, that these policies become the subject of litigation.

“I can’t say I’ve ever seen a dispute on an incentive plan based upon key-person insurance,” he said, though disputes generally about insurance plans aren’t so unusual.

He also noted that HHGregg would have paid insurance policy premiums from company revenue that would have affected EBITDA, so an argument also could be made for the managers on this basis.

Underwood argues in the transfer petition to the Supreme Court that the issue is whether “EBITDA” was an ambiguous term. He contends the term is not ambiguous and should be given its clear meaning. He claims substituting adjusted EBITDA for the term would go against the contract’s plain meaning.

But the Court of Appeals relied on Allen v. Clarian Health Partners, 980 N.E.2d 306 (Ind. 2012), which holds that a contract should be considered in light of the surrounding circumstances when it was made. “Specifically, we should consider the nature of the agreement, the facts and circumstances leading up to the execution of the contract, the relation of the parties, the nature and situation of the subject matter, and the apparent purpose of making the contract,” Judge Melissa May wrote for the COA panel.

“It is clear from the language in the TRS that the parties could not have intended life insurance proceeds would be included in EBITDA for purposes of determining a performance-based ‘incentive’ bonus,” May wrote.

The panel gave little weight to Underwood’s argument that the statement’s use of the term “EBITDA” was unambiguous, but Page said the Supreme Court may have felt compelled to take the case because the trial court reached an opposite conclusion in part based on extrinsic evidence. The Court of Appeals “is basically saying their interpretation is the only reasonable one,” he said.

HHGregg argues in its transfer reply brief that the COA got it right. There was evidence aside from the total rewards statement, such as an accompanying letter, so the statement should not have been considered in isolation.

“The Court of Appeals was correct when it decided the parties could not have intended to reward senior management with incentive bonuses based entirely upon insurance proceeds from the death of the Company’s senior leader. The Court of Appeals accurately concluded that when the Company’s performance decreased, the senior managers responsible for that decline should not be rewarded with bonuses,” HHGregg argues.

But Underwood argues that at minimum, the Supreme Court shouldn’t deprive the class of its day in court and calls the COA decision a departure from established summary judgment practice, citing In re Indiana State Fair Litigation, 49 N.E.3d 545, 548 (Ind. 2016).

“As this court recently explained, when a contract’s terms are ambiguous or uncertain and its interpretation ‘requires extrinsic evidence,’ its construction ‘is a question for the fact-finder,’” Underwood asserts in the transfer petition. “After all, the TRS does not mention ‘Adjusted EBITDA,’ so there is no way to construe the TRS without resorting to extrinsic evidence.”

Page said incentive plans usually are understood to operate on some level of discretion, but the HHGregg plan appeared more formal and structured. He said the issue potentially may have been avoided had the total rewards statement simply inserted the word “adjusted” before “EBITDA.”

“It goes to show a bit more planning, more work on the front end, can save you a lot of pain on the back end,” he said.•