When a portion of State Street, the thoroughfare that connects downtown West Lafayette and Purdue University, was changed from a two-way road to a one-way in the early 1990s, the local video rental store suddenly became a very lonely place.

The new traffic pattern routed the inbound lanes past the retailer so drivers were headed into work and not thinking about picking up a movie for the evening. But when they were going home and wondering what they were going to watch that night, they were whisking along outbound lanes nowhere near the store.

Erik Carlson, director of development for the city of West Lafayette, described the one-way pattern with one word — unfortunate. The urban core of State Street was hurt because retailers are uncomfortable opening their doors on a single-direction street.

Soon all of State Street will be open again to two-way traffic as part of a major revitalization and upgrade. The $123 million project will install extra-wide sidewalks, greenspaces and bike paths meant to transform the former state highway into a walkable destination.

To do the State Street Redevelopment Project, the city of West Lafayette and Purdue University, who are collaborating on the project, decided to use the public-private partnership method. And the specific tool they used to craft the agreement with the developer is based on an Indiana statute that was signed into law just a few years after State Street went one-way. 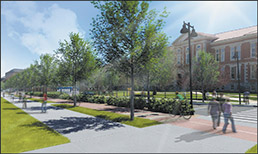 Indiana Code 5-23, or the Build-Operate-Transfer statute, was enacted in 1997 and establishes the framework for build-operate-transfer agreements. With this statute, small municipalities and local government entities have an avenue to enter into P3 contracts for infrastructure and economic development projects.

Attorneys have noticed use of this statute becoming more popular. Not only is it being used for more public-private partnerships, but it also gives cities and developers a great deal of flexibility in design and implementation.

“Either Indiana was incredibly ahead of the curve on public-private partnerships or there’s some other driving force to it,” said Daniel King, attorney at Frost Brown Todd LLC. 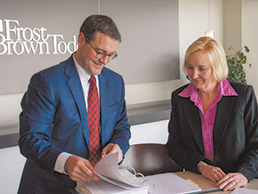 I.C. 5-23 is distinct from Indiana’s other public-private partnership law, Indiana Code 8-15.5 which governs P3s for toll road projects. Although the latter statute has been tapped for other developments, such as the earlier proposed Marion County Justice Complex that ultimately was rejected by the Indianapolis City-County Council, it is not typically used by small government entities because it calls for state involvement through the Indiana Finance Authority.

The BOT law has been used occasionally since it was put on the books but the uptick in activity may be linked to elected officials’ desire to meet the needs and wants of their constituents.

Robert Greising, partner at Krieg DeVault LLP, explained that while residents expect their municipalities to deliver a variety of services, they do not necessarily want to pay more — and would prefer to pay less — for water, sewer, trash collection and the like. The challenge then for cities and towns is how to fulfill their mission of ensuring a clean, safe and economically vibrant community at a minimal cost to the taxpayers.

As municipalities look for ways to provide services without raising taxes, they are losing their leeriness about public-private partnerships. They can see many examples of how I.C. 5-23 has been used in the past and how well the resulting projects turned out.

The State Street project reflects the key elements of the BOT statute. Namely, the details of the revitalizations were determined in conjunction with the developer.

In general, under public-private partnerships, developers submit their proposals for whatever improvement the municipality is wanting to undertake. After review, the government will begin a back-and-forth discussion with the developers, trading ideas, crystallizing the design and ironing out the details. Then the city or town will pick and sign an agreement with one developer.

This process is in sharp contrast with the traditional design-bid-build method. Here, the municipality does all the design and engineering work then opens the project for bidding. At the end of the process, the governmental body must choose the lowest responsible and responsive bidder.

Tradition provided a straight-jacket approach which P3 advocates contend limited creativity and raised costs. The price tag can be lower because, as Melissa Doell of Frost Brown Todd LLC explained, the developer takes on the financial risk. Developers have to secure the financing and absorb most of the cost overruns. When the project is completed, the municipality will start making payments that can continue for several years.

“For small municipalities that may not have ready access to funds, especially to do a bunch of initial investigation, design and all of that, it allows them the opportunity to look at big projects and potentially undertake and finance them over a very, very long period of time,” Doell said.

The State Street Joint Management Board has already selected and contracted with a developer and broken ground. As part of the agreement, the roadway will be operated by the private entity for 20 years before it is transferred back to West Lafayette. Like the new Lewis and Clark Bridge built over the Ohio River near Louisville, Kentucky, the payments will be based on “availability” or how well the street is maintained and accessible to the public.

Barnes & Thornburg LLP partners Kirk Grable and Richard Starkey noted the unique aspect of State Street is the town-and-gown collaboration between West Lafayette and Purdue. The two bodies have formed a joint management board, and a team from Barnes, including Grable and Starkey, is serving as legal counsel.

To ultimately pay for the project, both entities will contribute. The payment mechanism includes Purdue Research Foundation fronting up to $60 million along with the city issuing economic development bonds and tapping into revenue from two tax increment financing districts.

“The city and university are working together to make this happen,” Grable said. “Without their good relationship, this project would not have happened.”

Not a particularly long statute, I.C. 5-23 has seven chapters and few mandates. Both King and Doell noted silence in the statute — the absence of procurement guidelines or different kind of rules — is giving government bodies and developers great flexibility to design the project and to write the terms of the agreement as they want.

The vagueness of the statute could lead to disputes, but King sees the lack of specificity as a buffer.