Siblings suing Purdue will have to release phone recordings

A brother and sister suing Purdue University over an alleged breach of contract will have to disclose their previously recorded phone conversations with school officials after the Tippecanoe Circuit Court found discovery rules demand the release of the audio.

No charges for Purdue cop, Black student in campus incident

A white Purdue University police officer seen on cellphone video using his elbow to pin a Black student’s neck to the ground won’t face charges because he used reasonable force when the student resisted arrest during a domestic call, a special prosecutor has found. 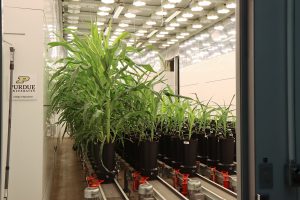 An argument over the release of six surreptitiously recorded phone conversations is the latest turn in a lawsuit brought by two siblings claiming they connected Purdue University to millions of dollars’ worth of projects in Peru, but they have been paid less than $15,000 for their work.

Lawsuits filed by students at Indiana and Purdue universities alleging breaches of contract when the schools moved to online learning because of the COVID-19 pandemic will proceed, the Court of Appeals of Indiana has ruled.

A Black Purdue University student said Thursday that an argument with his girlfriend led to a white campus police officer punching him and using his elbow to pin him down by the neck on the snowy ground.

Purdue faces off against European chip maker over two patents

One of Europe’s largest chip makers wants a federal judge to order Purdue Research Foundation to turn over documents concerning two patents that are the focus of a different lawsuit.

Purdue University must face a lawsuit brought by two former students alleging violations of their rights after they were disciplined following their reports of alleged incidents of assault.

A former Purdue University assistant professor who sued her then-supervisor after he allegedly retaliated against her when she rejected what she claimed were his sexual advances has partially secured a reversal from the Court of Appeals of Indiana on the dismissal of her claims.

Through 10 new High Tech Crime Units being established around the state, Indiana’s prosecutors say they will be getting much-needed help with the processing of digital evidence. 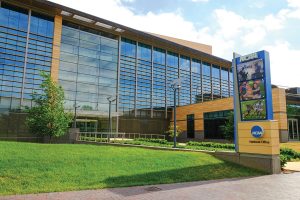 Concussion complaints against NCAA continue to be filed in courts

A former national champion nose tackle for the University of Notre Dame football team has taken aim at his alma matter and the National Collegiate Athletic Association.

Purdue University and a group of its employees have secured victory on a terminated worker’s wage discrimination claims. However, the former employee’s claims alleging violations of the Fair Labor Standards Act and Family and Medical Leave Act by her Purdue supervisors can proceed.

Indianapolis-based Herff Jones is facing three lawsuits from college students and their parents who say they were hit with fraudulent credit- and debit-card charges after using those cards to order caps, gowns and other graduation gear from the company’s website.

While Indiana University faces political backlash over its plans to require proof of COVID-19 vaccinations for all students and employees, Purdue University is offering a chance at winning a full year’s tuition for students who get the shots.

In a first step toward reversing a contentious Trump administration policy, President Joe Biden on Monday ordered his administration to review federal rules guiding colleges in their handling of campus sexual assaults.

Indiana University Robert H. McKinney School of Law is partnering with Purdue University to create the first agricultural economics and law program in the nation, the Indianapolis law school has announced.

Veteran Indiana Court of Appeals Judge James Kirsch announced Thursday he will retire this fall, capping a quarter-century on the state’s appellate court bench. Kirsch said in a statement he will continue to serve as a senior judge.

Siblings who contacted Purdue University about helping to lower the alpaca mortality rate in their native Peru are now suing, claiming the West Lafayette school has garnered millions of dollars from additional projects they helped establish but is refusing to pay them for their work.

White supremacists plotted to attack power stations in the southeastern U.S., and an Ohio teenager who allegedly shared the plan said he wanted the group to be “operational” on a fast-tracked timeline if President Donald Trump were to lose his re-election bid, the FBI alleges in an affidavit that was mistakenly unsealed.