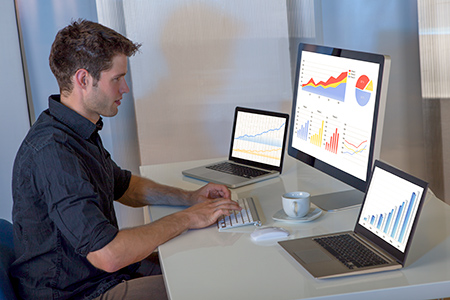 The individual dollar amounts that Michael Coscia was charged with illegally taking make him sound like a petty criminal, but the 7th Circuit Court of Appeals had another name for him — unscrupulous trader.

In early August, the Chicago panel affirmed the conviction of Coscia, manager and owner of Panther Energy Trading LLC, for manipulating the commodities market. He is the first person to be found guilty of violating the federal anti-spoofing provision and while, as attorneys note, he is not the only misbehaving trader, his conviction sends a message about the risks of engaging in such acts.

“I think the 7th Circuit got it exactly right,” said Mark Maddox, founder of Maddox Hargett & Caruso P.C. and former securities commissioner for the state of Indiana. He believes spoofing needs to be regulated because of the damage it does to the market. Namely, investors executing a trade in the middle of a spoofing incident will buy or sell at a price that is not the true value of the commodity.

The federal anti-spoofing provision that was part of the Dodd-Frank Wall Street Reform and Consumer Protection Act of 2010 is “a great thing,” Maddox said. “I think it protects market integrity and it protects the investors.”

According to the federal indictment filed in the U.S. District Court for the Northern District of Illinois, Eastern Division in October 2014, Coscia used high-frequency trading and a specially designed algorithm to create the illusion that supply and demand were rising and falling in the market. Essentially, he placed large orders that he rarely executed and seemingly used them to drive the market to the price he wanted so he could buy low and sell high.

Coscia was placing commodity orders then cancelling the large orders and completing the small orders in a matter of milliseconds. On 28 gold futures contracts, he made about $560 in less than a second. Likewise, he made $100 on 10 soybean meal futures contracts and $62.50 on five high-grade copper futures contracts.

He was charged with six counts of spoofing for which he made a total of just over $1,000. However, the indictment alleges Coscia reaped about $1.5 million from August to October 2011 using his strategy to artificially inflate and deflate prices in the market.

The trader settled the civil cases against him for a total of $3.1 million in fines and $2.7 million in disgorgement, according to a blog post about spoofing from the international law firm Jones Day.

Coscia took his criminal case to trial. After seven days, the jury convicted him on all counts and the district court sentenced him to three years imprisonment followed by two years of supervised release.

Craig Pirrong, energy markets director of the Gutierrez Energy Management Institute in the Bauer College of Business at the University of Houston, is dubious of Coscia’s conviction. Pirrong has served as an expert in legal cases involving commodities and derivatives and has written about the Coscia case on his blog, Streetwise Professor.

The federal government has made spoofing public enemy number one, Pirrong said, but the line between legitimate commodities trading and spoofing is very fine. Traders will often place an order to buy or sell and then after receiving additional information, will cancel the original order and place another. These traders are bidding and asking based on the information they have at the time.

But, Pirrong continued, if the traders become worried that their normal actions could get them charged with the crime of spoofing, they may pull back. Being cautious, they might not make as many trades and the returns on the investments might drop.

The difference between legitimate trading and spoofing may rest with the intent of the trader. Another court, Pirrong said, might be sympathetic to the argument that the although the order was canceled, the trader placed it fulling intending to go forward with it.

Both Maddox and Thomas Howard, partner at the Peoria, Illinois, office of Howard & Howard Attorneys PLLC, maintain Coscia’s intent was clear. As the court documents explain, Coscia commissioned computer programs, dubbed Flash Trader and Quote Trader, that would automatically cancel his large orders before they were filled. His cancelation rate for the big orders was well over 90 percent.

Pirrong questioned the harm caused by spoofing compared to other market manipulation schemes. Spoofing can alter the appearance of the market but the distortion is so fleeting the economic harm is diminished.

In an April 2017 article for The Hill, Pirrong highlighted the impact linked to Navinder Sarao, the second individual convicted of spoofing. Authorities claim that Sarao, a British trader, engaged in spoofing that helped cause the Dow Jones Industrial Average to tumble nearly 1,000 points before quickly bouncing back in what has since become known as the 2010 Flash Crash. In November 2016, he pleaded guilty in federal court in Chicago and, among other terms, agreed to pay $12.87 million.

Howard countered the harm is significant. People suffer from spoofing because businesses that need the commodity do not know the worth of the item being traded. Spoofing creates a “market fiction” that can alter supply and demand, raise fears of a coming recession or give false hope of a booming economy. Paying more or getting less than something is worth in the commodities market can hurt producers like ConAgra Foods Inc. and General Mills, then ripple down to farmers and miners.

Writing for the court in United States of America v. Michael Coscia, 16-3017, Judge Kenneth Ripple concluded, “The reality remains that his trades injured those who traded with him; these parties were always harmed by the artificial shift in market price. … without his spoofing the price of the affected commodities would not have risen or fallen, and his counterparties would not have overpaid or received less than the price their commodity would otherwise have been worth.”•